A trustworthy captain with his own unique spearmanship

Endless Effort
Rikoris joined the Taranor Army on Schuri's advice and mastered his skills of spearmanship in a battle against the Chaos Sect. Now he spends his time trying to ease the unrest in Taranor while becoming the greatest spearman ever.

Rikoris’ main uses, Dispel and cooldown reduction, require him to be fast, so this build takes his average base speed and pushes it into being very useful.

This build forgoes building any Attack on Rikoris due to his poor base Attack stat and focuses instead on his ability to make allies more effective damage-dealers - this potentially means saving yourself some runes in building him by leaving off his chancey bonus damage to dark.

As a rather self-sufficient Hero, you don’t need to focus any heals on him, as building HP in subs affords ample breathing room. Rikoris got a sizeable chunk of bulk from his Skill Tree, and his large self-heal can keep him alive. He is unlikely to die first and is consistent at doing his job. This makes him good for keeping the Azimanus raid under control (he can wipe the one troubling Berserk buff rather often).

Durandal is useful in both modes to make sure that he gets his turn and his self-heal as often as possible, though you may opt for Daydream Joker in PvE to supplement his damage. 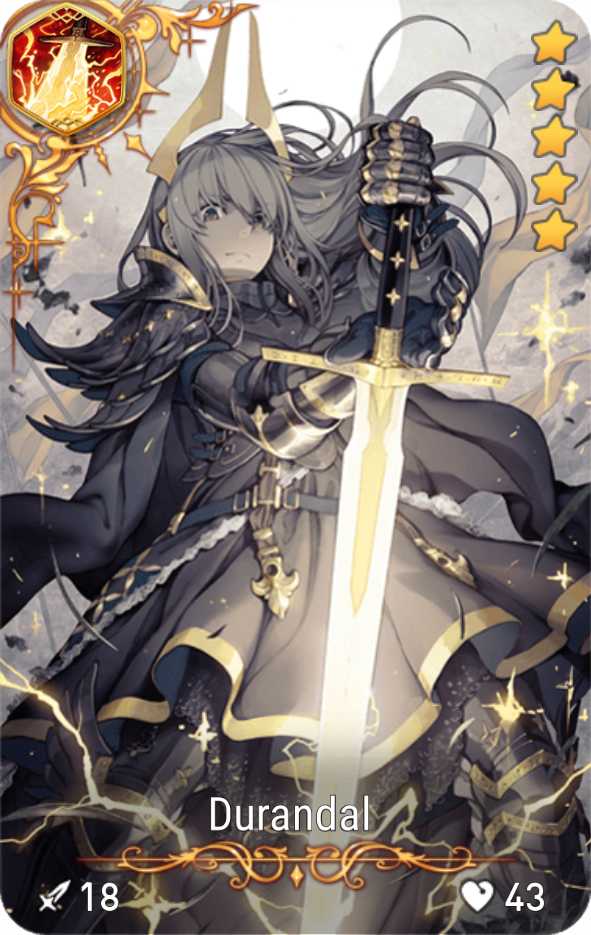 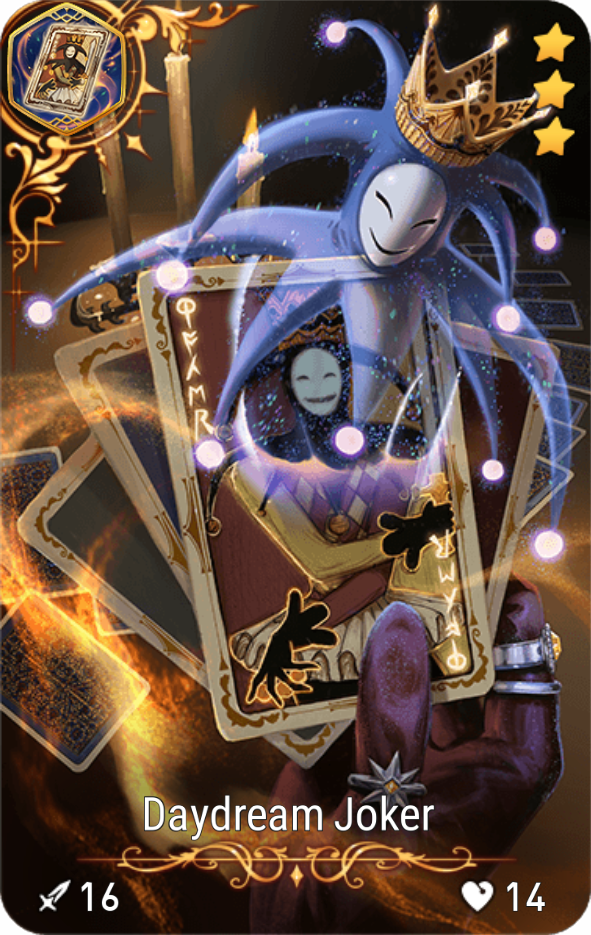 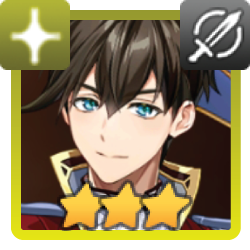 For PvE, SC Rikoris actually has strong synergy with Dingo and teammates with short-medium cooldowns. Dingo carries a full team cleanse and can reduce SC Rikoris’ cooldown on Cheer to make it a more consistent buff. While both of them lack significant attack power, they can compensate for this by increasing buff uptime on Heroes like Rin, or making other good damage characters, like Aramintha, even more consistent.

For PvP SC Rikoris will want a quicker team, preferably with a good CR push. He can generate a surprising number of turns when paired with SC Roozid, and will be much more likely to be able to use his Dispel/Stun combo.
Good teammates for this type of play include fellow ML summon G. Purrgis, Judith/SCRoozid, and any good AoE, such as Bellona or Tenebria.

I am the bone of my spear
PvP

This Rikoris is specialized in PvP attack team as a team tank and buffer.

Simply, when enemies have lots of Dark heroes, Rikoris comes to stop them. The build aims to have about 2500 and above attack, with reasonable defense and high enough health that is usually 17000 and above. Speed is an important factor in the end, as it allows him to use the necessary skill when needed, usually aiming for 200. High effectiveness is recommended due to not being able to target who to stun, but it is not mandatory due to the way this build is used. Team-wise, Rikoris should act after a couple of allied heroes.

Is he an opener? if he starts the combat, then who is he stunning?

Not the usual case, but sometimes Rikoris is the fastest hero in the fight, or at least faster than the enemy team. He could just start off with his S3, but this is wasting his valuable heal, so it should have proper gain for using it. Do enemies have an immune set that needs to be dispelled? is the enemy hero with most CR likely to not have a high resist? if not, consider starting with S1 or S2.

If not, continue to go in the line of which of his 3 skills will be most effective. If he does not require a heal right away, save S3 until there is enough gain as he gainst significant buff to stats when the health drops below 50%. If the team needs speed buff or cooldown reduction is needed, use S2 even if S3 is available. Casting S3 twice is not much of merit. Sometimes, he will use S1 even when all other skills are available just for that additional inch of damage.

When it all comes together, he should be entering below half from tanking enemy dark hero attacks, giving 1 turn cooldown reduction to allies so that they can use their skills much faster, and do decent damage the enemy can not ignore. His damage is very poor, but it can be made up of the 20% attack buff gained from the rune, which works with the 20% anti-dark damage boost, amplifying his effective damage to 144% even without any buffs on him. With artifacts like Sigurd Scythe, he will gain a 45% attack total and do damage tanks can not do easily. Just remember that if the enemy's DPS is not Dark, Rikoris has a high chance of becoming a cheerleader. Pick your enemies carefully!

Lastly, his S2 needs to be utilized properly by his team, synergizing most with party members that have 2~3 turn cooldown on the skills. 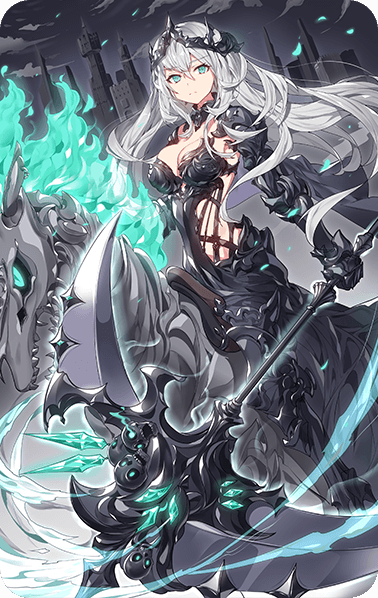 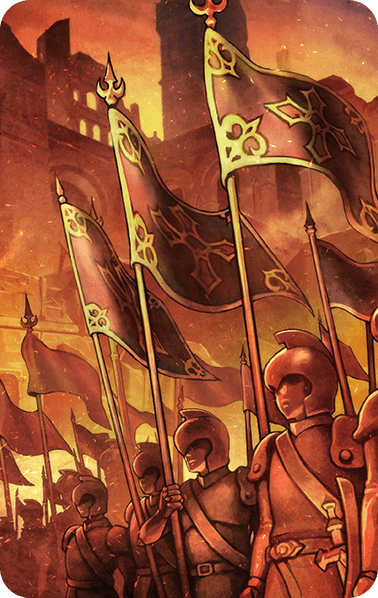 Along with confidence, Rikoris has put some meat on his bones with his new Specialty Change. When fully runed, Rikoris now has an additional 75% chance to Stun the highest enemy CR when using Supreme Spear regardless of miss, a huge boost to stats, 5% bonus Hit rate, 20% extra damage on Dark targets, and several other conditional buffs when low on HP. He shines in the Azimanus raid, where he can keep the boss’s Berserk buff under control easily.

One of a select few Heroes to have the cooldown reduction mechanic, Rikoris’ S2 comes bundled with the teamwide Speed Up buff. It has a cheap burn cost of 10 souls to extend the buff for 1 turn.

C. Rikoris’ decent bulk was only improved by his SC, pushing his HP and sustain up considerably.

C. Rikoris has one of the rare 2-turn DEF breaks on his S1. With some investment, the effect chance goes up to 50~75% as well.

After using Supreme Spear (S3), which dispels enemy immunity, the highest CR enemy has a 75% chance to be Stunned. The chance to Stun is applied after the dispel, which is important, as it means that ailment immunity sets will not stop the Stun.

with base CP being 21,980, Rikoris have 665 defense and 6453 health, making up for his slow and lacking attack stat. This 'base' stat can be improved in various methods, such as speed buff from his S2, and attacking dark enemies which boosts his total damage by 20%. Furthermore, if his health is below 50%, he gains another 20% defense and attack.

With 104 base Speed, Rikoris is on the slow to average side among  Warriors, which is unfortunate, as his AoE dispel is less useful if he goes second or third.

Despite the buffs to his overall damage against Dark units and the chance to do bonus damage, C. Rikoris still struggles with his low ATK value, which his SC did not buff.

Rikoris can only dispel 1 buff from the enemies. Many commonly-used buffers have more than one buff packaged in their kit and he cannot dispel all of them.

Rikoris’ S2, while great for its CD reduction mechanic and its teamwide Speed buff, suffers from a long cooldown. Furthermore, he does not gain an extra turn from it, unlike fellow CD reducers Dingo and Iseria, which forces him to sacrifice his turn.

SC Rikoris was buffed, but awkwardly in many ways - he got increased damage when he has low ATK to begin with, a subpar cleanse at very low health, and extra hit chance when he already cannot miss (except in very rare cases).