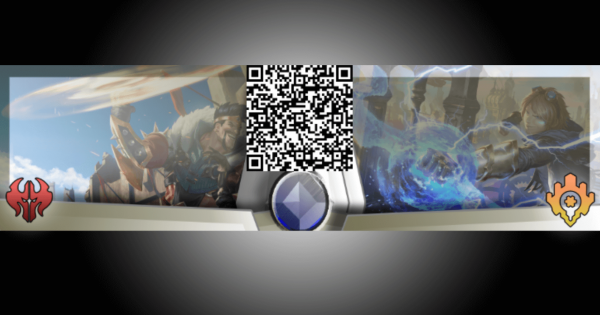 An odd kind of deck that, on the surface, eschews curve play to maximize the damage of Tri Bream Improbulator. Draven threatens Nexus damage as soon as he hits the board, but where this deck really shines is it's reaction to threats at crucial building turns for common midrange threats. multiple copies of Scorched Earth keep away the ever present Grand Plaza, Scargrounds, or Targon's Peak. Also included is targeted damage from Mystic Shot, Statikk Shock, and Ravenous Flock, especially when played off of a Arachnoid Sentry. Three copies of Thermogenic Beam keep Champions from maintaining a foothold for long.

On the surface, this deck appears to be an aggressive Ezreal burn, but it functions much better if played reactively, burning away enemy lines until threats like Tri Beam Improbulator and Captain Farron join a leveled up Ezreal on the board to finish the game.