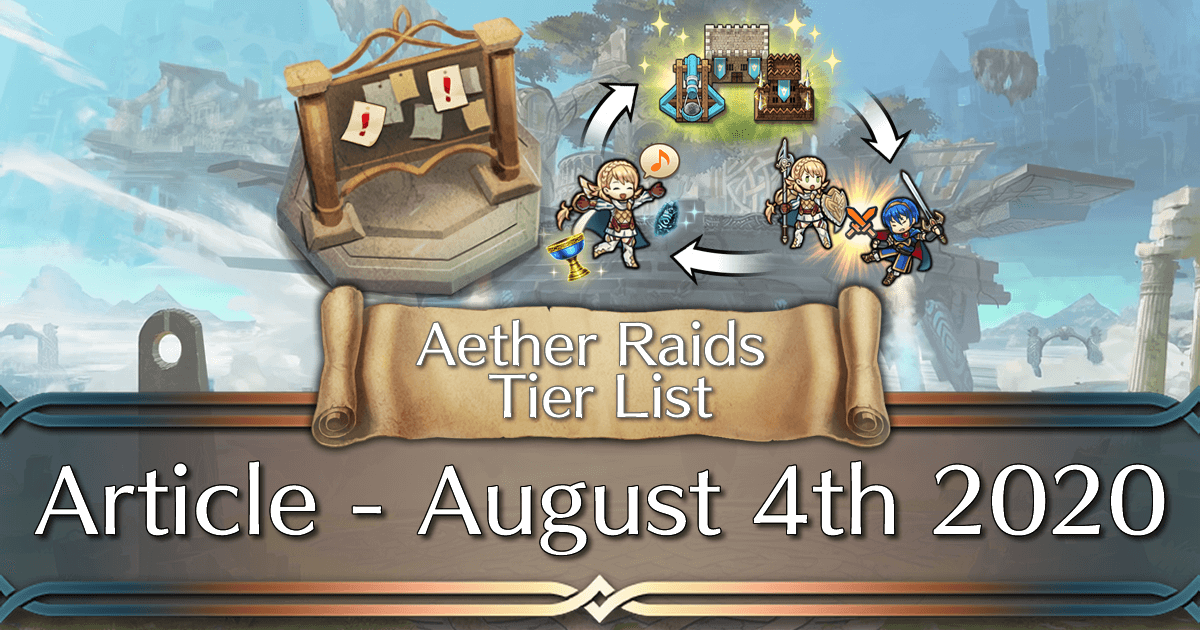 Guard Bearing is exclusive to sword, axe, and lance fliers and provides unconditional 50% damage reduction to foe's first attack. This provides enemy-phase fliers a much-needed boost to their combat proficiency and makes defense-oriented fliers much more effective as frontline heroes.

Another application of Guard Bearing is on Galeforce units, specifically strategies that involve taking out 2 to 3 units, and tanking the rest. Guard Bearing, in this case, can be effective as the AI prioritizes the heaviest hitters. Whereas Pegasus Flight is a more offensive option, with potential risks on the enemy phase, Guard Bearing is a more defensive option to cover for the very first combat.

Lastly, Guard Bearing significantly improves the durability of typically frail support heroes such as refreshers: Olivia (YT) and New Years Azura will be able to leverage such skills with decent success. While this is also applicable to Mirabilis, she is already placed in Tier 1, so no changes were necessary at this time.

Atk Cantrip inflicts Atk-7 on the nearest foes within 4 spaces of a unit when Sing or Dance is used. It is expected that future Cantrip skills will be available in the future.

Atk Cantrip is a strong skill, but not without its weaknesses: the fact that the effects does not occur until after a refresh, and thus after a unit has taken their action limits its effectiveness. This does not make it strictly superior to other debuff skills like Sabotage and Chill, as application of the debuff at the start of turn could potentially alter the outcome of combat.

Spurn combines the damage reduction effects as see in skills like Close Call and Repel with a damage boost similar to Wrath. While there are occasions which Close Call or Repel could be helpful, there will also be occasions where the extra movement is counter-productive. Spurn’s extra damage boost is reliable regardless of conditions.

The impact on the tier list is largely minimal, with the only one that gets a promotion being Mia to Tier 2. Mia is heavily reliant on taking the foe out in a single hit, and Spurn on Mia will allow her to be more likely to do so.

Generics are defined as units that do not have access to a unique weapon. As such, they will be tiered based on similar units from the current tier list placements.

One can draw parallels between Kris’s Blade of Shadow and Shannan’s Balmung: both have a debuff negation effect on the same exact condition, both provide a 5 stat swing to all stats in combat (Kris being a combat debuff and Shannan being a combat buff). The main difference is that Kris has a cooldown reduction -1, while Shannan has a SPD+3.

Generally, the cooldown reduction is much more valuable; Kris could either choose to go with Noontime without relying on any acceleration, or pair up with Brave Lucina to have a more substantial amount of healing. This increased flexibility is something that Shannan is unable to replicate with his weapon. While this is in no way to dismiss Shannan’s relevance in the game, Kris is likely to have a higher power ceiling than Shannan in Aether Raids Offense with the same playstyle.

Unlike the male form, Kris (F) does not have any competition, with the only modern lance infantry being Apotheosis Anna. Unfortunately for Anna, there is no contest; debuff negation along with cooldown reduction is a powerful combination.

If we compare across colours, we will need to discuss the impact of being a blue unit instead of red, as it is shown above that there are already cases of debuff negation for red units. The main sore-point of being a Blue unit is the triangle disadvantage against Thrasir. However, this is likely to be a non-issue, as Kris’s Spear of Shadow negates any form of debuff on herself, which means that Thrasir is unlikely to trigger Killing Intent. Kris’ high Speed is also helpful in the Thrasir matchup, as this means that Thrasir is unlikely to double as well. With this glaring issue being accounted for, it is fair to slot Kris in Tier 1 as well.

Hel comes equipped with Guard Bearing that was introduced earlier this month, and it works very well with Hel’s weapon which conditionally grants a Miracle effect. This Miracle effect is not unprecedented as Seliph was given a Tier 2 status solely for this ability.

Hel’s achilles heel is magic; Hel has poor resistance, and her weapon’s Miracle effect also does not work at all versus mages. In these circumstances against mages, Hel Reaper becomes about as good as a Slaying Axe, though it does include the added advantage of nullifying bonus damage from archers.

Considering her Miracle effect, she shares an equivalent weakness with Seliph; if she is lowered enough by a Bolt Tower hit, the Miracle effect is not going to be very helpful. While Hel is much faster than Seliph due to her high speed, and access to Guard Bearing helps her durability somewhat, she has much lower HP as she cannot receive mythic bonuses. Seliph can also synergise with Duma to destroy a potential Bolt Tower: that is unfortunately not an option for a Dark Mythic like Hel.

Hel’s primary role would probably be a frontline unit to absorb opponent hits. Players need to further build on Hel’s bulk so that Hel is able to do her job better as a frontline unit. This can be done by using Wards or Distant Guard. Particularly, Distant Guard works well as it covers her natural weakness to magic damage. Players also might want to look at using Ground Orders to enable some warping magic on the defense team, although her C skill will be missed as it also somewhat contributes to Hel’s durability.

It is unlikely that Hel is changing the meta game due to the issues highlighted above; the lack of durability against mages and most problematically the Bolt Tower makes her overall reliability questionable. Nevertheless, she is a powerful frontline unit.

My own tier list of every FE Game
So before Engage gets release I had decided to complete almost every Fire Emblem game,…
Splurging $100 on FEH
I must advise people, lest they go through the same torment I went through. Do not buy…
Faces of Embla
Did a quick few ideas for Embla,frankly despise clash as a skill as it’s easy to…
GLR on an Armour with Hardy Fighter?
Pretty much the title. I’ve been thinking that since hardy fighter reduces the…
Arcane Downfall + Vital Astra worth it?
Thinking of giving vital astra to Ganglot, then to a speedy axe like N Hana, maybe F…
Read More