Community Posts with Keyword Lon'qu All A simple but highly effective exclusive weapon, Solitary Blade offers Lon’qu excellent mix of heightened offensive power and versatility through its built-in Slaying effect and Life and Death refine. Furthermore, the +3 HP he gains upon refining this weapon helps offset the five-point reduction to his defenses enough to where his bulk remains relatively the same.

Lon’qu boasts incredibly high Speed despite his early entrance into Fire Emblem Heroes; at an excellent base value of 39 (combined with Solitary Blade), Lon’qu can easily perform follow-up attacks against opposing foes and make great use of Speed-based skills like Close Call.

As an infantry unit, Lon’qu benefits from incredible skill availability and is able to equip useful abilities such as Null Follow-Up and Repel, most of which he can equip to bolster his overall performance substantially.

Thanks to the numerous applications of Solitary Blade and his infantry status and flexible statline, Lon’qu boasts great build variety and can be built to satisfy several different roles quite effectively.

Lon’qu is currently available in the 3-4* pool, making acquiring merges and ideal IVs for him a relatively easier task in comparison to most of his direct competition.

Although his combination of solid overall bulk and high Speed helps prevent him from being easily ORKO’d, Lon’qu should still remain cautious of incoming offensive pressure as his low defensive stats make him liable to take significant amounts of damage should he not be properly equipped.

This build has ALOT of investment using 3 five stars and I’d only really suggest it if you REALLY like Lon’Qu. I’ve experimented with many sets since the start of Heroes and I feel this is the best he can get to at this point. The +ATK or +SPD is mostly just a preference. I like +SPD since my first Lon’Qu is a +SPD and I like him to be faster than other Sword units as Lon’Qu can’t kill without doubling and using his special: most units can’t.

Speaking of, Luna is the most reliable special as Dragonic Aura is too reliant on Brazen and partner buffs and if you don’t have both, you won’t be doing very good damage. Additionally, bulky units can be a problem for Lon’Qu so Luna is just perfect.

The A Slot and Sacred Seal can be switched depending on what is pulled first, but Flashing Blade 4 is only on the 5 Star Mareeta so be aware of that. Flashing Blade 4 is not a requirement for this build to work, but it definitely helps. Brazen Atk/Spd 3 is chosen over the popular double Life and Death due to Brazen Atk/Spd giving an extra +2 to Atk and Spd and Lon’Qu’s HP and Speed being high enough to survive a single attack without Life and Death anyway. Brazen Atk/Spd 4 is obviously better than 3, but this is even harder to get as it is only on Summer Wolt. Still very much worth going for. But when it comes down to it, you are going to have one level 3 skill and one level 4 skill. I think Flashing Blade 4 is more useful than Brazen Atk/Spd 4 not only because it is “easier” to get, but also the consistent +5 true damage is more valuable in the long run.

Desperation is used so supplement the other skills. Lon’Qu’s health will be constantly low, his Attack and Speed will be very high, and he’ll need his special with Flashing Blade’s charge to kill, and Desperation will make use of all of that.

Even Spd Wave helps Lon’Qu and his partners no matter what team he’s on, but Infantry Pulse/Flash is obviously for infantry teams and with Lon’Qu’s HP and Spd, they work quite consistently. Joint Hone Spd and Spd Tactic can work as well, as long as the skill buffs Speed.

Make sure that there is a unit with Reposition, Draw Back, Dance/Sing, Future Vision, or Wings of Mercy to pull Lon’Qu back when in danger.

Lon'qu was born to be fast. This build takes advantage of his unique weapon, Solitary Blade, and helps him take his place as speed supreme!

Glimmer/Moonbow are both solid choices, as his special will be going off every 2nd hit because of Solitary Blade's permanent -1 to special cooldown.

Vantage is to help his survivability, his great Hp is greatly underappreciated because of his now atrocious Def and Res, both sitting at 12. He should be able to take a single hit from a majority of units, he will almost NEVER be out speeded, so being doubled is unlikely.

His C skill can be exchanged for whatever his allies need.

Flashing Blade 3 sacred seal should be used because of the increase in units running the Guard 3 skill in arena, effectively neutralising it's +1 to enemy special per attack.

Flashing Blade 3 or Heavy Blade 3 is recommended to proc Galeforce without any trouble, although Flashing Blade 3 is better due to being easier to meet the requirements especially since Lon'qu has an incredible speed stat. Fury 4 gives Lon'qu extra bulk and the recoil damage helps him get lower and lower in health to get into desperation. His high base health allows him to run powerful support skills like Panic Ploy or Infantry Pulse.

The build I made is not just for heavy attacking and power, it reduces amount of damage he has taken and heals him in order to keep in the battlefield. You can put any reduced attack specials and sacred seals. I built him by using killing edge in the past but his signature weapon maybe more efficient. Give my build a try and see how it goes

If you&#039;ve seen my Anna build, then you&#039;ll probably see some similarities with how I like to run Lon&#039;qu. While most tend to wield Lon&#039;qu&#039;s sky-high HP to their advantage, I decided to use Lon&#039;qu&#039;s more infamous stat, his Speed. Solitary Blade with + Eff in combination with Fury brings Lonqu&#039;s mediocre Atk to a sizeable 53 which, in combination with a Spd stat of 50 and a special that triggers every other attack, is absolutely deadly. Odd Spd Wave is legitimately just for kicks, as it brings Lon&#039;qu to a ridiculous 56 spd on odd-numbered turns. I wish I had built a Lon&#039;qu with a bane in Def or Res (preferably Res), as with a standard HP, Lon&#039;qu runs Infantry Pulse and even Panic Ploy rather well. However, this build still has plenty of potential nonetheless and can be super deadly if gone unchecked. 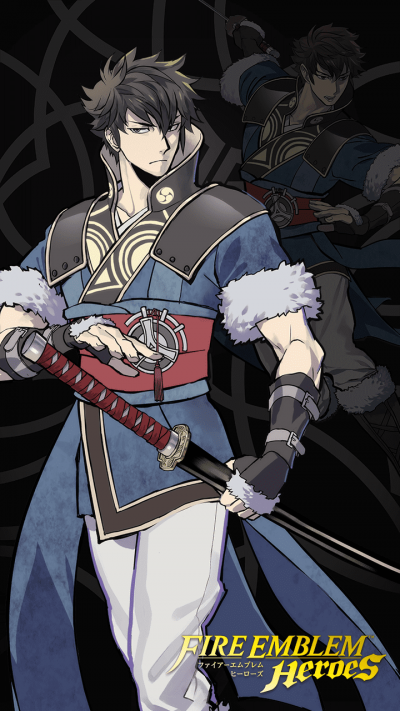