Community Posts with Keyword Valter All Valter’s playstyle is simple: engage in combat, use his decent bulk to survive, and then use the resulting damage (both from combat and self-inflicted through his Cursed Lance) to activate low HP threshold skills, which allow him to clean up the enemy team.

Valter is a fantastic unit to run double Brazen skills on, as they will activate even if he takes a mere 4 damage in combat (and if he takes 6 damage, he will be in Vantage range). Because the threshold is so easy to reach because of his Cursed Lance self-damage, Valter can attack a relatively harmless sword unit in order to take the necessary damage. Once his HP hits the threshold for Brazen, he gains an effective +14 Attack and +7 Defense/Resistance, which ends with 64 Attack and 41/26 Defense/Resistance.

If Valter can double during his Player Phase attack, he will unleash a fairly lethal 17 damage Bonfire- if he doesn’t double and is knocked down to 75% HP (which again, only needs the enemy to do 6 points of damage), his Bonfire damage increases to 24, and he gets put into Vantage range, allowing him to strike first in Enemy Phase with a whopping 88 damage attack.

This is without factoring in any buffs or his own C slot, which can further increase his Defense an additional 6 points and subsequently improve his Bonfire damage by 3. If Odd Def Wave is used in his C slot, Valter can self-buff his Defense to 47 which makes him difficult to take down, even with his diminishing HP bulk.

Ignis is another option for his Special, and generally best used if he can secure doubles- such as if he’s being run with Hone Fliers. If he can double during Player Phase with Ignis, then it will be primed during the Enemy Phase, where he can use Vantage to hit his opponent with a base 97 damage attack. Unlike many other Slaying Lance units, it’s unwise to run Valter with Quick Riposte, as he may quickly fall beneath the HP threshold for the skill without a way to recover his HP.

Desperation is another option, and perhaps best paired with Brazen Atk/Spd- though you may also use Brash Assault (which has a 50% HP requirement, meaning Valter must be at 21 or less HP to proc) in his Seal slot if you’re worried about him being unable to match the Speed requirements to double. If you are combining Desperation in his B slot with Brash Assault in his seal slot, you might as well run Death Blow for guaranteed additional damage, as Brash Assault will guarantee his doubles regardless.

Finally, there’s Fury, which is more of a budget option, though all of its benefits are available from the first combat, granting Valter an impressive stat spread of 42/53/36/37/22 at the drastic cost of -10 HP per combat. Using Fury, Valter can circumvent any need to take damage from the enemy during his first combat and can instead achieve Brazen, Desperation, or Vantage range after his first combat from self-damage alone. This is very helpful if you want to use Valter to take down an enemy ranged unit (where he will take no damage during his Attack) and then leave him in enemy range where all of his HP threshold skills are active.

With this set, Valter abandons his Cursed Lance in order to find a much more sustainable build, which still offers a fearsome amount of firepower at less cost to himself. This set operates almost entirely in the Enemy Phase, where Valter can take advantage of his inherited lance’s stat boosts as well as position himself for his Bond skills to activate.

Either of these trades can make him a bulkier unit for Enemy Phase work since he will not need the additional Speed when he can equip Quick Riposte (without fear of self-damage taking him out of activation range) to double in the Enemy Phase. At this point, Valter’s 31 Speed is more to protect him from enemy doubles.

With all of his defensive buffs and Bond skills active, Valter with Reprisal Lance reaches 62 Attack in his first combat, with 50 Defense.  This gives him fantastic dueling capabilities during Enemy Phase, with guaranteed double attacks with Quick Riposte and 25 damage Bonfire procs.

Valter is a GHB unit with decent Attack, Speed, and Defense with the legendary Cursed Lance, which further gives him +2 Attack and +2 Speed with a Special Cooldown of -1, at the expense of costing him 4 HP per combat. This functionally gives him 34/33/34 Atk/Spd/Def with a 16 Mt Slaying Lance- a very solid combination, particularly for a free unit. Of course, Valter has diminishing returns due to the loss of HP after every combat.

This can synergize with certain skills, such as Brazen skills and Desperation, which makes Valter’s playstyle more like the berserker that he is: allowing him to soak up damage before he unleashes incredible damage numbers of his own.

Overall, Valter’s playstyle is definitely a risk vs. reward, however, he remains one of the more capable blue lance fliers in the game when it comes to dueling and his synergy with low HP skills definitely makes him unique.

He is an excellent brawler because of this and his stat spread is forgiving enough to make him a highly versatile unit, no matter which stat you decide to invest in.

He is somewhat unique in this regard, as he is thus far the only blue flier to have Atk/Spd/Def all above 30.

Cursed Lance offers Valter many options, as a legendary Slaying Lance which gives him Attack and Speed +2 with a -4 HP after each combat. This gives him immense killing potential during his combats.

The HP loss isn’t necessarily a bad thing either- while it’s difficult for sustain, it helps him reach the HP threshold for skills like Brazens, Vantage, Desperation, and Brash Assault

The HP loss can be a benefit, but it also makes it difficult to sustain Valter throughout multiple combats

While ordinarily, Valter’s low Resistance wouldn’t be too much of an issue as it allows his other stats to be filled out nicely, it prevents him from being able to run an effective Distant Counter build, despite his high Defense that he could use to counter physical ranged attackers with.

This also makes him exceptionally weak to magical attacks and dragons, particularly from green units.

This build focuses on using Valter's HP loss via the Cursed Lance to get his HP low, and then using it to (hopefully) turn him into a living weapon of mass destruction on the enemy phase. The obvious downside being that it's not good to use against ranged units. Of course, that can be remedied by getting out of the range of a ranged unit and going in for the kill when the time is right.
This build is also rather budget-friendly.

Budget right now due to lack of Fury and prioritizing native Panic Ploy for build focus. Would love to transition to Escape Route/Galeforce/Heavy Blade for AR use.

Kill 'em All
This build is mainly for a Flier team because he can be easilly supported by buffs, but still can work in a mixed team.
Galeforce-Heavy Blade seal is a good combo because he can activate it in the first turn thanks to his -1 cooldown reduction from his lance.
There are more options for the A skill like Life and Death, Fury and Brazen Atk/Def, but I prefer Swift Sparrow because It is ready to activate without secondary effects and setups.
Once in desperation range, easilly reachable by his weapon, he is unstoppable, he can kill two units in one turn and if supported by a dancer is even better, just keep him away from ranged units.

Flier Emblem Valter. With Atk/Def Bond 3 + Close Def 3, he hits 55 attack and 45 Defense, which is very good for a defensive tank. Lance Breaker allows him to deal with lance units like Tana and Ephraim. Hone Fliers is essential for any Flier Emblem team, especially ones with Blar/Gronnblade userd such as (!S) Corrin and (!S) Camilla. Bonfire is for breaking down bulky units. 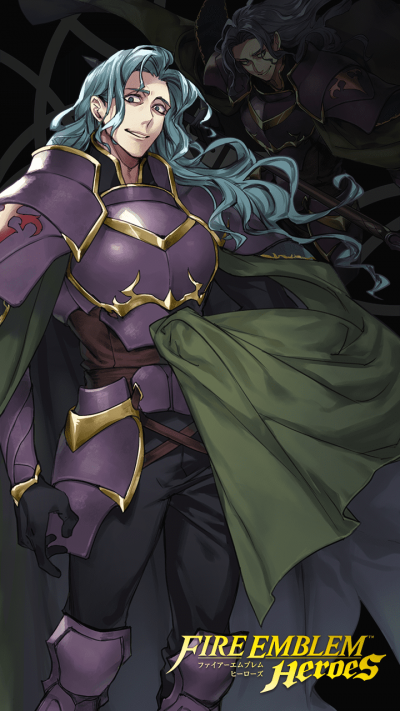