With this set, Zephiel gains great power on both Player Phase and Enemy Phase, making him a versatile powerhouse in battle.

For the ideal setup, Zephiel ditches his Eckesachs in favor of a Slaying Edge, reducing the Special of his cooldown by 1. This allows him to effectively utilize high charge Specials such as Ignis. However, if you are unable to provide a Slaying Edge, his Eckesachs with Bonfire will work well instead. Forging the Slaying Edge with a defensive boost will provide Zephiel with a nice boost to tankiness for Enemy Phase while you can forge Eckesachs for a defensive boost or the Distant Def upgrade. Pivot makes for a nice general assist for any armor, but Swap can also be utilized to good effect.

For his Player Phase, Zephiel carries Bold Fighter in his B slot, guaranteeing him a double attack whenever he initiates as well as +1 cooldown to his Special when he attacks. In combination with Slaying Edge, Zephiel will activate Ignis on his second attack so long as he gets counter attacked for a huge power boost. Eckesachs and Bonfire will also yield the same effect, though it’s not quite as powerful. Slaying Edge with Bonfire can be used instead to guarantee Special activation. For enemy phase, Zephiel has Distant Counter in his A slot and Quick Riposte as his seal. This gives him the ability to retaliate on ranged enemies and perform a guaranteed double so long as he’s above 70% HP, giving him great power on enemy phase. Steady Breath also makes for a great option in the A slot, giving Zephiel a nice defensive boost, increased Special charge, and the ability to better utilize high charge Specials, including Aether. Earth Boost 3 makes for a nice budget obtain since Zephiel’s high HP helps him to consistently obtain the defensive boost.

The one thing holding back this setup would be Zephiel’s mobility. His movement range of a measly single space makes utilizing Bold Fighter difficult without assistance. This is where Armor March comes in, boosting Zephiel’s movement range by one whenever he starts the turn adjacent to an armoured ally, helping him to better utilize Bold Fighter. If this is not available, any armor boost such as Ward Armor will work nice. Outside of armor teams, the C slot is open to player preference. Panic Ploy is a nice option due to Zephiel’s high HP.

This set is fully focused on Zephiel’s Enemy Phase, making for a great tank against both melee and ranged units.

With the refined Eckesachs, Zephiel gains in-built Distant Defense 3, increasing his defensive stats by 6 whenever he is attacked at a distance. He also reduces the defense of nearby enemies by 6 with the exception of dragons. This gives him some good resilience to ranged enemies such as mages thanks to his resistance being taken to 30. For assist, Pivot and Swap both make for great options on armored units. As for his Special, Ignis works well in general for a huge power boost whenever activated while Aether also works well when utilized alongside Steady Breath.

With Distant Counter, Zephiel can retaliate against ranged opponents, allowing him to capitalize on his refined Eckesachs and increasing his potency on Enemy Phase. Steady Breath is also great for tanking physical units, granting a nice defensive boost and increased cooldown charge. Steady Stance 3 works similarly to Steady Breath, providing a bigger defensive boost though without the increased cooldown charge. Earth Boost serves as a good budget option due to Zephiel’s high HP allowing him to utilize it quite effectively. For the B slot, both Wary Fighter and Vengeful Fighter serve as good options. Wary Fighter prevents double attacks from both sides, majorly increasing the amount of matchups Zephiel can survive. Vengeful Fighter on the other hand greatly increases his offensive capabilities on Enemy Phase, though be careful with who you place him up against as he’s now very easily doubled. Quick Riposte is a nice budget alternative to Vengeful Fighter but has a stricter HP requirement and no Special cooldown reduction effect. Panic Ploy serves as a great C slot option, allowing Zephiel to prevent the enemy from utilizing buffs. Threaten Atk is also a decent option, reducing the power of any enemy affected by it. If you’re running Zephiel alongside armors however, you’ll maybe find better use out of armor boosts such as Ward Armor.

For his Sacred Seal, both Distant Def and Close Def serve as great options depending on whether you want increased tankiness against melee or ranged units. Panic Ploy can also be used as the seal if you have a different skill such as an armor boost in the C slot.

Despite recent units giving him some strong competition as a red sword armor, the king of Bern himself is still capable of holding his own on the battlefield. Zephiel, available as a Grand Hero Battle unit, boasts strong defensive and good offensive capabilities, making him a formidable opponent to come across.

Zephiel has 55 HP and 38 defense, some of the highest for both of those stats in the game. This makes Zephiel a solid defensive wall, allowing him to take physical hits with relative ease. This is emphasized further by Wary Fighter, Zephiel’s native B slot skill which allows him to avoid double attacks which in turn compensates for his low speed and makes him very hard to ORKO. Zephiel certainly isn’t a slouch on the offensive side either, coming with a good 35 attack and the Eckesachs with puts his attack to 51 when equipped and comes with built-in Threaten Defense 2, allowing Zephiel to reduce the enemies defense for more damage dealt. The Eckesachs can now also be upgraded through the weapon refinery, granting him Threaten Defense 4 that can be used on any unit except enemy dragons as well as Distant Defense 3

Zephiel does have his drawbacks, namely his low resistance. At 24, mages can put a considerable dent into Zephiel, though his Wary Fighter does allow him to survive most mage encounters due to preventing a double attack. His armored nature also limits his movement speed to a single space per turn, though this can be remedied with Armor March. Of course, also being a Grand Hero Battle unit, he has no access to the IV system.

While other sword armored units such as Arden, Black Knight, and Zelgius give Zephiel a massive run for his money, Zephiel is still a capable sword armor and can still perform very well with the right setup and teammates.

At 55 HP, Zephiel has the second-highest HP in the game with only Arden having more. This allows Zephiel to make great use of any skill reliant on HP such as Panic Ploy and Wary Fighter.

At 38 defense, Zephiel has the fourth-highest defense in the game, being beaten by Arden, LA Hector, and Draug. Zephiel is capable of resisting physical attacks with ease thanks to this high defense stat.

At 35 attack, Zephiel can hit very hard, reaching 51 attack with the Eckesachs. The Eckesachs itself grants Threaten Def 2, reducing the defense of enemies within 2 spaces of him by 4 at the start of each turn. When refined, Eckesachs also gains Distant Defense 3 as well as Threaten Def 4, though it will not activate against dragons.

Wary Fighter prevents double attacks from both sides when its user is above 50% HP, compensating for Zephiel’s very poor speed. Note that Wary Fighter does not stop Brave Weapons or the Swordbreaker skill.

At 24 resistance, Zephiel is susceptible to magical attacks. While most mages can’t ORKO him thanks to Wary Fighter, many are capable of doing enough damage to break him out of Wary Fighter, making him much more vulnerable. Reinhardt can ORKO Zephiel should he have an attack boon or some other form of attack boost such as Death Blow thanks to Dire Thunder. His refined Eckesachs does help to negate this, taking his resistance to 30, though Reinhardt can still ORKO him with both an attack boon and Death Blow 3. Micaiah can also OHKO Zephiel thanks to her Thani tome.

Being an armored unit, Zephiel is limited to moving a single space every turn. Without Armor March or another method of transporting him, Zephiel has very low mobility which can potentially make it tricky to get him into the position you want.

Being only obtainable from his Grand Hero Battle or from purchase with Heroic Grails, Zephiel has no ability to obtain assets and flaws in stats which means he cannot optimize his stats outside of skills. He can become fully merged, but this will still be a long process due to the amount of Heroic Grails that will be required.

HMMMMPH!!!Absolutely fell in love with this set. I didn’t have a Hector to fodder off Distant Counter so me and a friend made this monstrosity. Basically you get damaged my any magic unit and live, because you have 76 HP, and your Reprisal is ready to Rock-n-Roll.

A tank build for Zephiel, with the refine for his Eckesachs used, he can run triple Distant Def. Use Distant Def 4 as an A Skill if possible, otherwise, 3. Smite is to push your allies out of the way from foes that may KO them. Def/Res Link adds to Zephiel's tankiness. For his special, go with Bonfire or Noontime, and for his Skill C, Armor March 3 for support, or something like Pulse Smoke. Finally, of course, Distant Def 3 as his seal!

Im going to post this on Reddit too; but this is my Zephiel build with the team of Legendary B Tiki, Tank G Ninja Kagero, and Loki by his side. It may be told that he's only a tier 3 character; but hes a solid top tier with this build. The Warding Breath allows Aegis to activate faster, but also covers his low magic def stat; Aegis protects him ever FURTHER, against any ranged enemy for that matter; Wary Fighter is recommended, and I can see why with his super low speed stat. Armor March to allow him to be more versatile and with a tank team built around him, reposition can also help set up other teammates for attack, a movement bonus or away from death. Panic Ploy is helpful for everyone, as he boasts the second highest HP in the game. His sword, after refinement; gives him a stat boost of def/res +6 when the enemy attacks. Over all, he will tank the shit out of most enemy's, LIVE, and crush them afterwards. He is most definitely a DEFENSE attacker. Let THEM attack you when you feel.. wary haha

Barrier Blade is a great way to patch up Zephiel's low resistance and if you're able to get the Brazen atk/res seal you should be able to tank almost anything.

This build attempts to make the most of Zephiel's weapon refine. Though Wrath is the ideal B skill, there are several alternatives (Quick Riposte, Dull Close/Ranged, Guard, etc.) 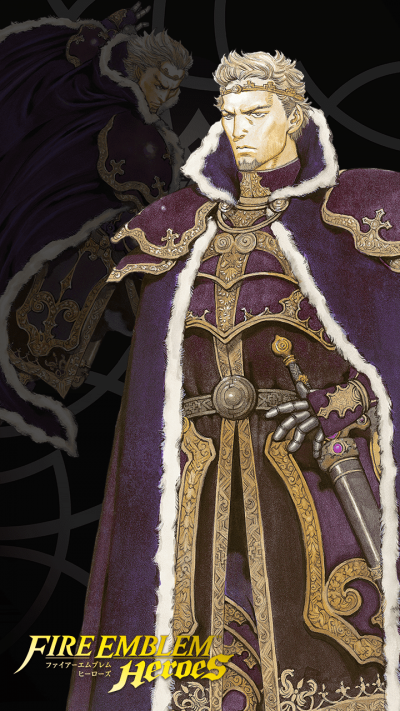 Mila's stats!
reddit …
Show Off Your Summons! (Mila: Goddess of Love)
Hello Gamepressians! It’s the amazing Umbriel coming to you live and regretting my…
Whoever said i wouldnt have enough grails
For Minierva when she came I’m literally only going to be like 50 short when the…
I Literally Have No Clue
I got pitty broken with a hero O’I’ve never even seen or heard of… is Larum any good??…
Null Follow-Up for OG/Duo Ephraim or Edelgard
What’s up dear friends. So I’m getting really tired of the Infantry Sword Meta…
Read More