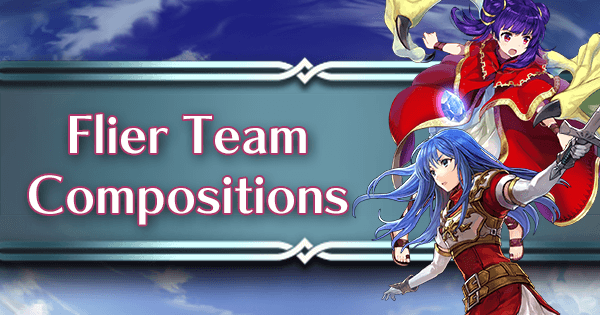 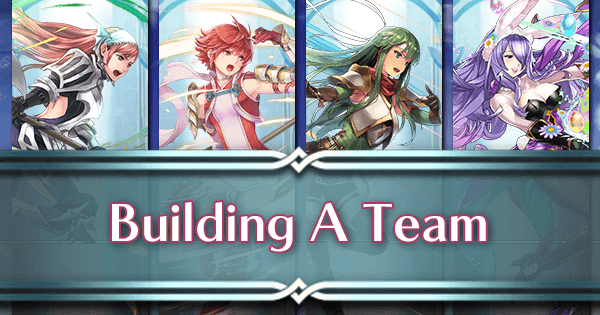 There are many flier type units in Fire Emblem Heroes, and fliers are by far the most flexible type of emblem teams.

Generally speaking, the best teams and arena cores are teams that have at least one Player Phase unit and at least one Enemy Phase unit, with a third unit who fills more of a generalist role. This way, your Player Phase unit can carry Fortify Fliers to buff your Enemy Phase unit, who can carry Hone Fliers. The other two units benefit from both of these as well, as they can receive full +6/+6/+6/+6 buffs. Your third generalist unit can then cover their own color expertise without much trouble.

If you’re running a Blade tome mage, then you’ll want your mage to cover your third ‘generalist’ slot, so that they can be buffed by your Player Phase and Enemy Phase units.

Due to inheritance restrictions and general unit archetypes, fliers are admittedly slightly weaker when it comes to Enemy Phase builds. They cannot inherit Steady Breath or Vengeful Fighter, and very few of them have Distant Counter in their default kits. In addition, there are few fliers who have high Defense and Resistance- most of them are one or the other- and so their ability to tank a myriad of threats is somewhat reduced. Finally, of course, are their vulnerabilities to archers and select tomes, which can make baiting with an Enemy Phase flier tricky, and they will need support from the rest of your team.

On the other hand, Player Phase units are abundant within the flier movement type, as many fliers have fantastic offensive stats and skill availabilities that can allow them to eliminate enemy units during Player Phase with ease.

It’s important to try and balance your team by understanding each archetype’s strengths and weaknesses. This way, you can eliminate your team’s weaknesses, play to your strengths, and overcome any challenge that might head your way.

As far as mage fliers go, you have several options: mobile Blade tomes, tanky defensive mages, and multipurpose generalists. You generally only want to run one flier mage, and you want to keep in mind several things when doing so:

Otherwise, fliers are a unit type that’s all about flexibility. Consider what certain members of your team are built to do and then figure out what kinds of buffs or debuffs they can use in order to do that job even better. 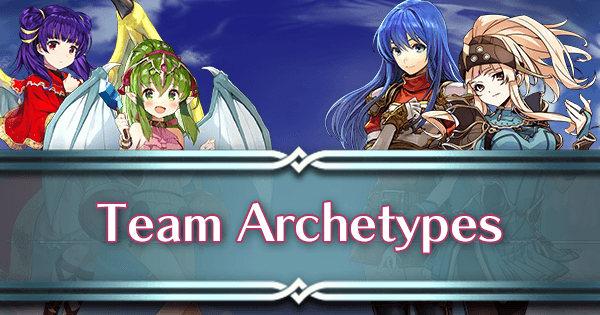 Below are some popular archetypes with flier teams, both with 4 complete members or 3 members for a flexible arena core.

Fliers can work fantastically on a budget, and many great units can be found at low rarity. Because blue units tend to be Player Phase and green units tend to be Enemy Phase, it makes sense to begin organizing a team around those two concepts, with red being a Generalist and a fourth unit being another Generalist or a Utility role who might help patch up weaknesses of the other three units.

For example, you could pick a powerful Player Phase unit in Cordelia, and then decide to offset her with the amazing tank, Beruka. Finally, to round them out, you could select Palla as a generalist and then run a unit like Caeda or Clair in the fourth slot to help against magical units and armor units. All of these units are available at 3 stars and make for a very solid team composition.

Any of the flier mages can make good Blade tomes, and because of their limited availability, it’s better to work around your mage when selecting a team than it is to try and get a mage who works with your team.

If you have Halloween Nowi, for example, you’ll want a strong green unit who can handle the blues that she might not be able to KO. For this, Cherche would be a great choice, with her high Attack stat and her oneshot ability with Cherche’s Axe or Hammer. To further flesh out the team, you may want to pick Subaki or Valter, they’re both very defensive blues and can bait out red or blue units if necessary. For your fourth option, you can pick a red physical unit to offset Nowi’s magical damage, or a dancer.

On my Back (Carry Team)

So, you’ve managed to pull a Myrrh, Flying Nino, Young Summer Tiki, or another unit who performs phenomenally. Unfortunately, you don’t have any other outstanding units to place them in, and so you would want to consider how you can use your team to support this unit and let them carry you to victory.

For example, if you have Myrrh, you will find that she’s remarkably self sufficient, but has difficulty against Falchion users and Tikis. Myrrh is very physically tanky but has somewhat lower Resistance, so to help her against all of these potential weak spots you may want to look at Clair, who has high Resistance to duel against Tikis with, triangle advantage against Falchions, and a prf that can help her soften up armors. Clair can then use her Resistance with Ploy C slots or seals to debuff enemy units who may attempt to engage your Myrrh.

To help Myrrh perform better in combat are units like Camilla, Hinoka, or Caeda, who can all increase her stats through massive in-combat or out of combat buffs.

My personal favorite example of this team archetype is my Hinoka (WF). Although she is very strong, I find that she misses oneshot KOs on +10 Armors, and is often killed in return. To fix this, I pair her with Palla with Goad Fliers, and Camilla who can further increase her in-combat Attack by 10 through her Weapon, C slot, and seal slot. This allows my WF Hinoka to do an additional 21 damage to armors with her effective damage Warrior Princess bow and take down entire armor teams by herself without ever being retaliated on. 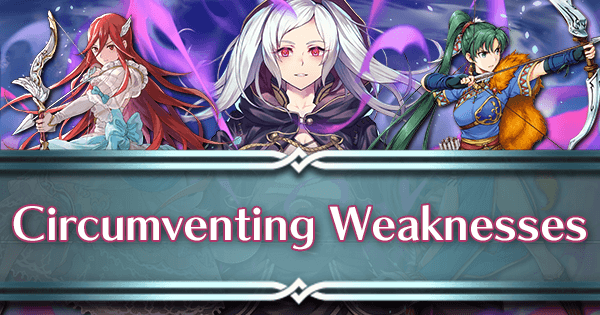 Fliers have several major weaknesses, all of which are workable with the right team composition or skill allocation.

Fliers score on par with infantry users, below armor and trainee units. It is possible to reach the highest tier of arena score with flier teams, but it would be easier if one was utilizing armor or trainee units. This can be helped in several ways:

Fliers are inherently weak to bows and the Excalibur tome.  It can be daunting to run a flier team when you may run into units like Brave Lyn or Bridal Cordelia, however there are ways to completely nullify these weaknesses.

Likely the most daunting part of running flier emblem, particularly at high tiers, is the extremely limited availability of many of the best units. This can be worked around with more budget units and builds, but the bottom line is that it’s easier to run an all-flier team if you have these rare units or abilities.