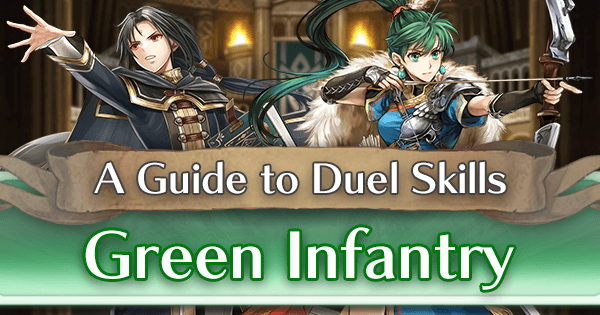 Article by
Cecil
Table of Contents

What are Duel Skills?

Duel Skills are a new type of Skill that specifically affect the Arena and Arena Assault game modes which allow units with a base stat total (or BST) equalling 169 or lower to score as if they had 170 or more BST. These calculations don’t take merges into account: for instance, a Draug who was merged four times would still have his score increased, since his BST at five star level 40 is 169. Each Duel Skill also increases a units’ HP by five making them functionally identical to HP+5, but they are restricted by color and movement type.

So what does this mean? Well, those looking to increase their Arena score can include a unit with a Duel Skill in their team composition without needing to worry about their lower BST. While Duel Skills have made many more units now viable to people seeking high Arena scores, effectively missing an A slot Skill can significantly hamper a unit’s performance

The criteria for selecting good units to give Duel Skills is as follows:

This Duel Skill can be inherited by all green infantry units, including units who use breath weapons, bows, tomes and daggers. Using the above criteria, let’s look at some of the best choices for high-scoring units from accessibility and score standpoints.

Please note that recommended Duel Skill builds are optimized for score first and combat second -- they are specialized skillsets for the Arena and are therefore not recommended for general use. For a list of a unit’s most effective build choices, please see their respective Hero Analysis pages.

Lyn: Lady of the Wind 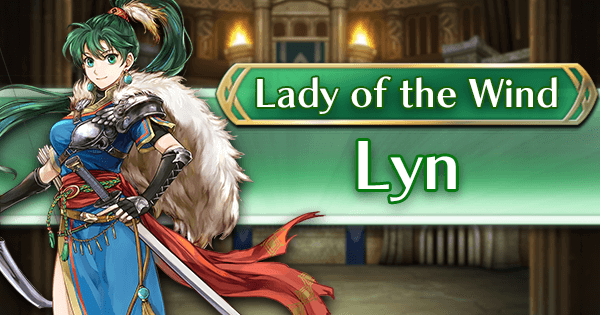 A ranged unit with great offenses, Lyn’s real strength is being a Legendary Hero who can provide score boosts through Blessings and a unique weapon. Taking G Duel Infantry means she cannot use her exclusive A slot Skill Laws of Sacae, and she requires significant resources to merge to +10.

Lyn is arguably the best possible choice of unit for G Duel Infantry when factoring in score alone. Her unique weapon Swift Mulagir gives her a handy score boost and grants her +5 to her Attack and Speed if she has enough allies nearby. Lyn’s 31/36 offensive stats get boosted to a very respectable 36/41 with Swift Mulagir, making her one of the strongest green infantry attackers without making use of an A slot Skill. The biggest advantage to having Lyn on the team, though, is her status as a Legendary Hero. When Lyn is included in a team during Wind season, allies equipped with Wind Blessings will have their stats increased and will therefore provide more Arena score. The +3 Resistance boost her bow offers means Lyn can also use Ploy skills to support her team if she chooses.

There are only a few real disadvantages to using Lyn: she can’t use her unique Skill Laws of Sacae, as it occupies the same slot as G Duel Infantry. eing a ranged unit without Close Counter also limits her playstyle and makes her tougher to use at high Arena levels. From a cost standpoint, Lyn also being exclusively available on Legendary Hero banners means that she is very hard to merge to +10. 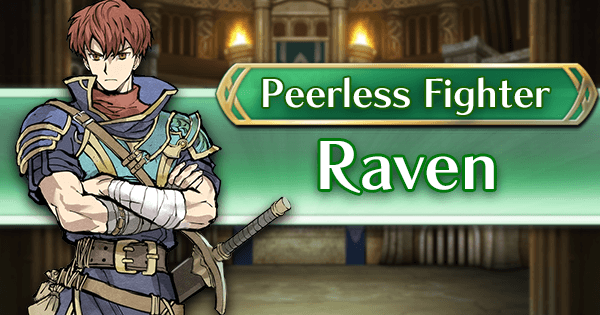 An easy to merge unit with great combat performance and a unique weapon to boost score. However, he is bad at supporting other units and has low defensive stats.

Raven’s a decent choice of Duel Skill candidate for most players due to being easy to obtain and merge. He can also work with many different boon/bane options -- any combination of +Atk or +Spd with -Def, -Res or -HP will work. Raven’s Eff refine, however, does him few favors in high-level Arena meaning he’s much better off with a +Def or +Res refine choice. Thankfully, he doesn’t need the further offense boost due to being faster than most other green infantry, and he can charge Specials quickly with his Basilikos or a seal such as Flashing Blade.

Where Raven fails is in his support and defensive potential. Base 25 Defense and 22 Resistance mean that Raven must choose his refine carefully, and he’ll always have one poor defensive stat. Raven also can’t support his allies well since his Resistance is too low for Ploy skills and Basilikos offers no support potential. Those looking to have their Arena core provide heavy support to the bonus unit will have to look elsewhere. 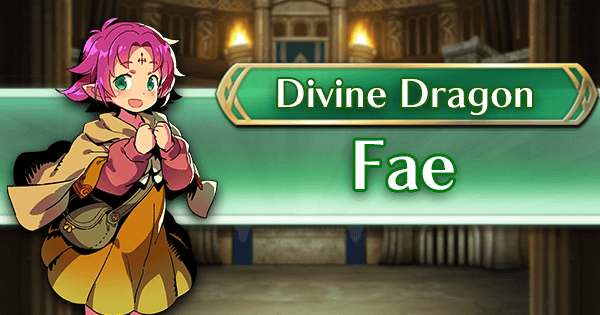 A strong tank with good mixed defenses, Fae is easy to merge and can make Arena battles easier with the Distant Counter effect inherent in Lightning Breath. She is unfortunately let down by a lack of a unique weapon to boost scoring, and giving up Steady Breath affects her combat ability.

Dragons have been one of the best unit types for a long time, and Fae is no exception. She has good mixed defenses -- while her Defense isn’t stellar, it can be patched up with a weapon refine. Fae’s primary advantage over other units is her ability to use Lightning Breath, which gives her the ability to use Distant Counter while using a Duel Skill. Base 30 Resistance is also enough to let Fae debuff foes with Ploy Skills, and she’s also easy to merge up, being available at 3-4 stars. These factors make Fae simple to use in the Arena, making her a great choice for newer players.

While she might be easy to obtain and use, Fae won’t score as well as units with a unique weapon, as unique weapons cost more SP and therefore boost Arena score. She also won’t be able to use Steady Breath, since Steady Breath is an A slot skill and conflicts with G Duel Infantry. Without it, she’ll lose some Defense and find it harder to trigger Specials. Despite these factors, Fae is a good choice for a Duel skill if you want an easier time in Arena and don’t feel the need to fully optimise scoring. 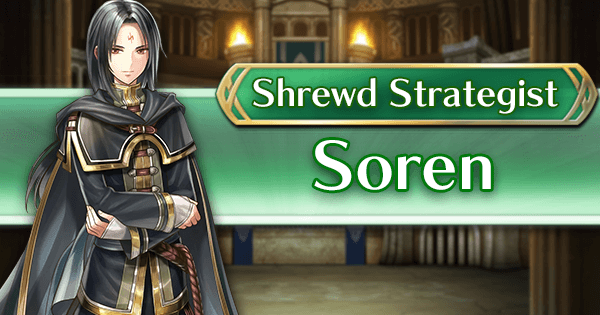 A mage who scores well with his unique tome and has great team support capabilities. While Soren can perform well at range, he lacks the ability to counterattack at close range and lacks some combat strength.

Soren is one of the best choices when it comes to a green infantry Duel skill user. His unique tome, Wind’s Brand, provides support potential to the team and helps him score highly. With base 29 Resistance (32 with a Resistance refine), Soren can also employ Ploy skills to debuff foes and provide more support to his team. Building him optimally is cheap, with only a Chill skill being hard to obtain, and he’s got many great Skill options -- he can even use his native Watersweep to dent bulky dragons, mages, and healers. Finally, Soren is both easy to obtain and merge, being summonable at 3-4 stars.

Unfortunately, his problems begin with his lack of a Close Counter -- this limits his playstyle significantly.This further leads into his second problem, which is the Owl effect his tome provides is tough to utilise without Close Counter. Soren can use a +Res refine instead to boost his Ploy Skills, but his base Defense is only 17, making him easy to KO with physical or adaptive damage. This weakness is commonly exploited at high-level Arena, with both refined breath weapons and physical armors being able to attack on the lower of his defensive stats. 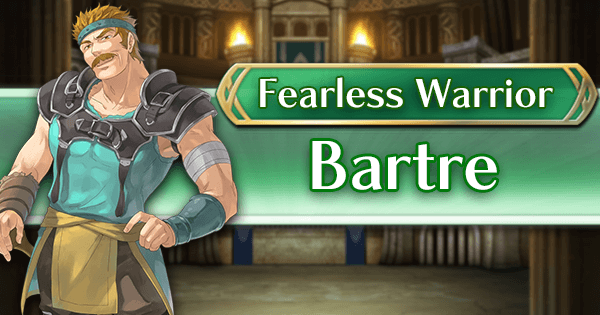 Thanks to his Axe of Virility and ubiquitous availability, Bartre can become a great budget unit at high Arena tiers. However, his low Resistance can be a problem when facing mages and dragons.

Often considered a cursed unit, Bartre is one of the best users of G Duel Infantry to boost Arena score. Not only is he cheap to build and easy to merge, Bartre comes with the Slaying Hammer, making him a great anti-armor unit who can stand toe-to-toe with high-scoring units. With his base 49 HP, Bartre can provide support through Panic Ploy and is the best Infantry Pulse user in the game.

Unfortunately, Bartre has his fair share of problems. His base 13 Resistance means he is easily destroyed by mages and dragons. With a Resistance boon and refine he can boost it up to base 21, but even that’s comparatively low. And while he is an incredible fighter, he lacks the ability to support other units-- which is a problem, considering the Arena is based around bonus unit KO's. Bartre is a budget choice, but his strengths far outweigh his negatives, making him a highly recommended unit.

Drastic times need drastic measures
image1125×2436 621 KB Last season and this season I struggled so much with Eldigard. …
My +1 Brave hector doesn’t even have to try to beat my Infantry Pulse team
My defense isn’t the greatest but it does fairly well usually, roughly 50/50 with wins…
Build Ideas
I’ve been a bit bored as of late and I decided I wanted to build a new unit but I don…
Oopsie :feh_legion_miso:
(topic withdrawn by author, will be automatically deleted in 24 hours unless flagged) …
Atk/Def unity in Xane
When using a Unity skill, the unit gets +5 to skills and +(Penality in the stat × 2)…
Read More