Community Posts with Keyword Abel All 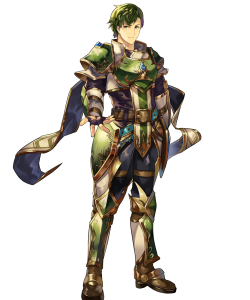 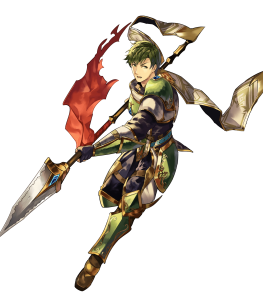 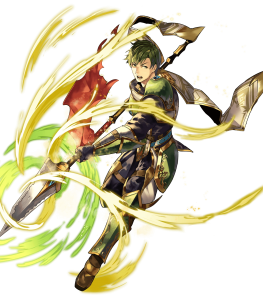 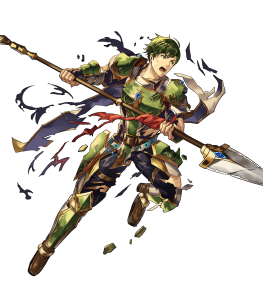 Abel will greatly enjoy any offensive boost that he can get. As such, having either an Attack or Speed Asset will be the most beneficial for him. As it is his overall least important stat, having a Resistance Flaw is recommended.

Both Attack and Speed will help Abel offensively which makes both of them great Asset choices. Speed in particular also helps Abel defensively through increased ability to avoid follow-up attacks. Resistance remains his least important stat and therefore makes for the ideal Flaw.

Abel is a lance cavalry unit and one that has been present since the launch of Fire Emblem Heroes. If one was to judge Abel entirely off of his statline, Abel fails to impress. However, thanks to the weapon refinery, Abel now makes for a great lance cavalry choice.

With a neutral statline of 39 HP, 33 Attack, 32 Speed, 25 Defense, and 25 Resistance, Abel doesn’t have any standout areas that he excels in. While none of his stats are necessarily bad, he don’t have anything that could be considered excellent. He’s simply decent in all areas.

However, thanks to the 3.4.0 update, Abel gets his own personal weapon. Panther Lance is a strong weapon that allows him to become strong when used offensively, specifically when alongside any cavalier wielding a Sword, Lance, or Axe. He also benefits defensively.

Overall, Abel is finally able to set himself apart in the large abundant crowd that is lance cavaliers, specifically in the case of a cavalry team. Unfortunately, Panther Lance’s requirements does result in him being a lackluster option for mixed movement compositions. As long as he has the cavalry backing him up, Abel will fight well on the battlefield.

Panther Lance is Abel’s personal weapon that was added in the 3.4.0 update. Without refine, this weapon will grant an Attack and Defense bonus to Abel equivalent to the number of allies within two spaces times two. This bonus has a cap of +6 to each stat which is reached if Abel has three allies within two spaces. On its own, this effect is good and helps Abel both offensively and defensively.

The real strength lies within the refinement though. When refined, Panther Lance will act as a Brave Lance with no Speed downside whenever Abel has a cavalry ally using a sword, lance, or axe within two spaces of him. This makes him very strong offensively, especially when considering that the lack of Speed penalty makes him very good at performing four attacks so long as he gets Speed bonuses.

The two largest strengths that cavalry units have are their movement range and ease of access to Cavalry Buffs. With a movement range of three, Abel has further natural reach than other offensive sword units found in the other movement types. However, one should take caution not to accidentally remove Abel from the range of his allies. Additionally, Hone Cavalry and Fortify Cavalry are both readily available and both will be of great benefit to Abel.

When not considering Panther Lance, Abel is simply nothing special. His 33 Attack and 32 Speed is ok but not great while his balanced defensive statline of 39 HP, 25 Defense, and 25 Resistance only make him decent defensively. Overall, Abel’s stats are simply underwhelming, though Panther Lance does make up for it somewhat.

Cavalry units also have notable weaknesses. Cavalry are the movement type most hindered by terrain, being the only movement type slowed down by trenches and being completely incapable of passing through forests. This can hinder Abel’s ability to properly position himself or make attacks from advantageous positions. Weapons which deal effective damage against cavalry are also common in modes such as Aether Raids, so caution must be taken.

A very, very godlike Abel build, esp with a cavalry team. Instead of focusing on his spd, Atk is the way to go as his weapon will let him double anyway. Having goad cavalry on his teammates will be super effective along with his weapon; both buff and effect activate when an ally is within 2 spaces of unit. Heavy blade will trigger Galeforce faster, giving him another turn to wreak havoc.

Abel shares the same set as Cain, the only difference is the color and in terms of color, Cain is superior due to armor greens being more common but Abel pulls off the set very well.

With his weapon refined, Abel possess one of the best Brave weapons FEH has to offer. With the refined Panther Lance being a 16 might Brave weapon with no speed penalty and having an easy requirement to proc, Abel is now a force to be reckoned with. To make use of this new weapon, this set aims to get Abel to quad his opponents as much as possible.

A skills are up to preference but it is preferable that these A skills can increase Abel's speed and attack. Thus, his best A skills would be Fury 3/4, Brazen Atk/Spd 3, Swift Sparrow 2, Atk/Spd Solo 3 or Death Blow 3/4.

To get Abel to ORKO his foes, Desperation is a good B skill to allow Abel to have an easier time when engaging his foes.

Luna has the best consistency for Abel's special and allows him to deal with high Def units. With good team support, Draconic Aura can be considered for Abel's special, especially with his weapon increasing his Atk depending on how many allies are near him.

With this setup, Abel gets +6 to all stats when attacked by a melee foe, letting him reach a statline of 53/44/31/29 Atk/Spd/Def/Res unbuffed, and 59/50/37/35 with full buffs (or a more realistic 59/50/31/29 with just Hone Cavalry). Swordbreaker gives him some player-phase potential against sword units, while also ensuring that he doubles the ultra-fast units like Karla. Atk Smoke is chosen to help him take less damage from groups of enemies, but can be substituted for pretty much anything. Aether is there half for arena score and half for the extra damage and self heals.

Darting Stance and Close Def can be substituted for Steady Stance and the Darting Stance seal to help him better tank archers and daggers (lol) if you don't care about his matchups vs magic users. You could also replace Swordbreaker with Quick Riposte, double up on Close Defense (or Steady Stance + Close Defense seal), and give him a Def refine instead to dump his Spd for more tanking, but at that point, you should just be using Silas. 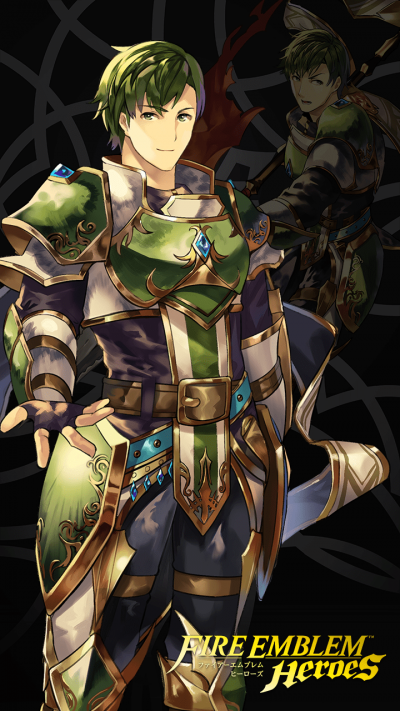