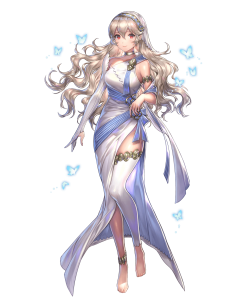 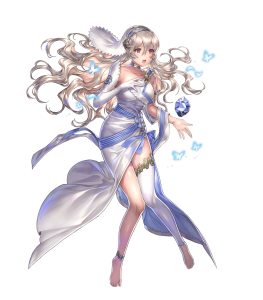 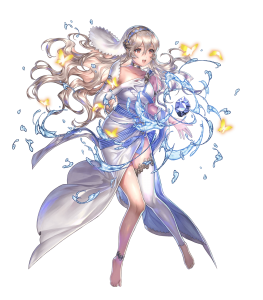 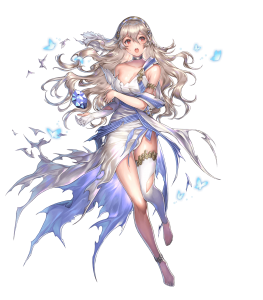 Dream a Little Dream of Me (Enemy Phase OHKO Specialist)

Find Me in Your Dreams (Enemy Phase Generalist)

41/31/37/32/27 is a remarkably well-balanced statline, with only 31 Attack and 27 Resistance being particularly middling. As such, Corrin can both receive and inflict damage effectively.

Update 6.1 has breathed new life into the Adrift Corrins, as Draconic Rage has been significantly improved. Pre-refine, their personal weapon granted -1 Special cooldown and +5 Atk/Spd during combat if the number of allies within 2 spaces was greater than the number of enemies within 2 spaces. While this wasn’t necessarily bad as Special acceleration and increased offenses are always appreciated, it struggles to hold a candle to post-refine Draconic Rage.

The combination of -1 Special cooldown, +8 to all stats, 40% damage reduction on the enemy’s first attack, and what is effectively a dual-phase Breath effect makes for an incredibly strong and flexible weapon. Most notably, if no Guard effect is active, Corrin can activate 3-cooldown Specials such as Bonfire and Sol on her first counterattack, significantly improving her damage output or survivability respectively. In tandem with Skills that further augment her performance in these roles (particularly Dragon’s Wrath and Dragon Wall respectively), Corrin can be an incredibly potent offensive and defensive force.

As both an Infantry and Dragon unit, Corrin has access to a variety of Skills that improve her combat performance and consistency such as Atk/Spd Ideal, Dragon’s Wrath, Null Follow-Up, Special Spiral, and Time’s Pulse.

All of the above strengths make Corrin a reliable and flexible unit capable of fulfilling whatever role she’s built for efficiently, whether it be focused on Player Phase or Enemy Phase (or even both).

Lacking access to Galeforce and taking effective damage against Dragon-effective weapons are drawbacks that unfortunately cannot be ignored, as they both limit Corrin’s combat potential and reliability.

With the prominence of Near Save and Far Save, the prevalence of superunits that use Distant Counter or Close Counter effects to counterattack against both melee and ranged enemies has declined. As such, most Enemy Phase sets are evaluated based on their abilities to counter one or the other--that is, melee or ranged enemies.

Since Draconic Rage does not grant Corrin the ability to counterattack against ranged enemies, her strongest Enemy Phase set is likely to be one that makes her a melee specialist. However, she faces stiff competition from Near Save Armored units such as Valentine’s Gustav and Pirate Surtr, both of whom have damage reduction in their weapons just like Corrin; all Armored units also have access to powerful B Slots that grant some combination of additional Special charge, a Guard effect, and a guaranteed follow-up attack. As such, despite a much-improved Draconic Rage, Corrin may not be the first choice for this Enemy Phase, melee specialist role.