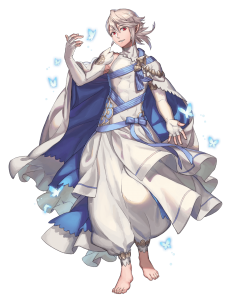 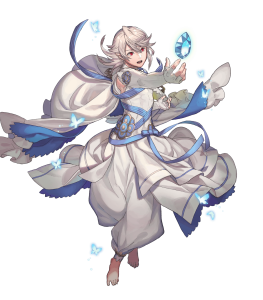 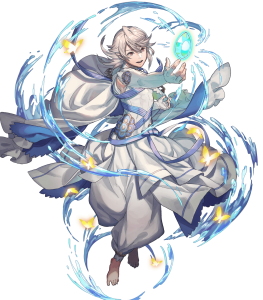 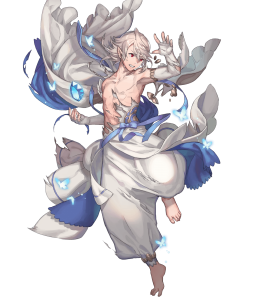 Originally, Adrift Corrin’s exclusive Draconic Rage was… actually not that bad, all things considered — accelerated cooldown is always useful for rapid Special activations and remains a rarity amongst dragonstone wielders, and the combat boost it provided was modest but useful nonetheless. However, it’s hard to compare to the newfangled goodies it received post-refinement.

In short, Corrin’s upgraded Draconic Fang provides access to powerful tools that other units have to put much greater work towards to achieve all in one neat little package. Combined with the greater ease in leveraging these bonuses offensively due to… all of its effects being permanently active in the Player Phase, this weapon underscores Adrift Corrin’s combat proficiency with incredible versatility.

Although it definitely wasn’t quite what it was upon his initial release, Corrin’s base stat distribution nonetheless provides a good starting point once the in-combat perks of Draconic Rage come into play: an Attack/Speed combination of 35/35 is a reasonable foundation for dealing damage and avoiding follow-up attacks, and Corrin’s physical bulk of 73 synergizes well with his preferred role as a melee specialist. His Resistance is definitely quite low considering how strong modern magical nukes are, but its impact is mitigated sizably by the +9 Resistance and damage reduction provided by his PRF.

The versatility of his refined Draconic Rage is highlighted further by the excellent skill availability he possesses due to his infantry status; with access to crucial assets such as his default Null Follow-Up for further counterplay to enemy offensive pressure, Corrin is extremely flexible in what he can achieve. The unique skills attributed exclusively to dragonstone wielders like Dragon’s Wrath only add to his repertoire and altogether make it very easy for him to excel at any number of roles.

In addition to an innate weakness to dragon-effective weaponry, the Dream Prince’s dragon status inhibits his overall viability through an inability to wield the powerful Galeforce Special, which is honestly a bummer considering how Draconic Rage’s Breath + Slaying effect combination would have been perfect for such purposes.

While this may seem like more of a nitpick (and admittedly somewhat is), it’s important to keep in mind how stiff competition is among melee specialists due to the introduction of Near Save. Its premier users (e.g. Arden, Pirate Surtr, Valentine’s Gustav) not only have the ability to selectively choose their preferred matchups and wield stellar personal weapons of their own, but have the power of the Fighter skill line to back everything up as well; the additional flexibility of Galeforce would have been useful to truly set Corrin over the top in comparison.