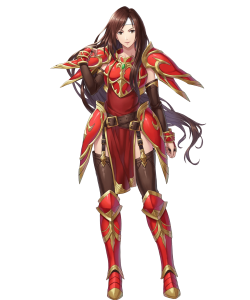 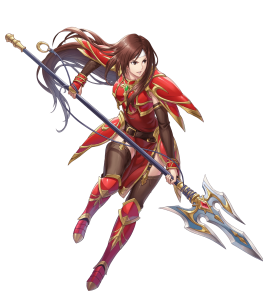 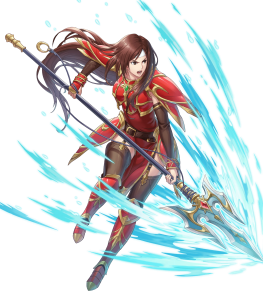 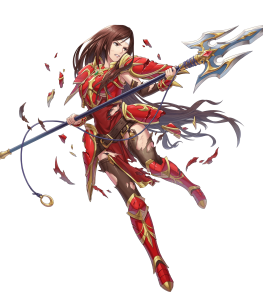 Altena's personal weapon is her primary cause of use. Skills in the Lull family are normally exclusive to infantry and cavalry units, and Altena easily differentiates herself from the crowded lance flier pool by having access to an improved Lull effect built into Earthly Gáe Bolg. With this effect as well as an extra +3 Defense on top, the majority of Altena's physical non-flier matchups are significantly eased towards her favor as a result.

Altena's status as a flier means she easily fits on team compositions that utilize flier-specific team buffs, including any combination of Goad, Hone, Fortify, and Ward Fliers. She also has access to neat movement options as her movement type doesn't waver from usual terrain blocks such as trees, water, or trenches.

With fantastic stat values in Attack, HP, and Defense, Altena isn't asking for much more in the physical tanking department. Combined with the Lull effect of Earthly Gáe Bolg, many physical attackers without Special acceleration tricks (and even then if this is the case) will struggle to take down Altena in a clean matchup.

Altena's base Resistance makes her somewhat of a downer in the magic tanking department. Without dedicated Resistance investment and considering her also-basic Speed, she tends to coil at the sight of Speed-invested dragons and mages like Winter Sothis or Tailtiu respectively.

As a flier, Altena unfortunately is cursed with a lack of particularly fantastic inheritance options. Without follow-up or Special manipulation skills usually reserved for other movement types, Altena mostly relies on the sheer might of her stats, weapon, and generic skills to get by. Additionally, bow units can bypass Altena's sheer physical prowess with weapon effectiveness if she doesn't equip Iote's Shield.

As Altena's Earthly Gae Bolg has a Lull skill, which fliers normally cannot use, this build enhances that! Sturdy Impact and Sturdy Blow 2 are for higher Attack and Defense, boosting Bonfire. Hit and Run can help with mages, as Altena's Resistance is her worst stat. Just have someone use Reposition to help her escape. Panic Smoke is just for extra offense value, you can use Pulse Smoke instead if necessary.

Unity Blooms vs. Corvus Tome
You think it’s worth pulling for it? Short comparison is that Corvis Tome wins by +1…
Spd Hina finished
So I actually finished him a while ago. Hes techincally my second +10 grail. No one…
“AR-D” thread #77: We Got Free Turtles
yeah @Z-Man @NPCLucario @LiesLiesLies @Z3K @your_cat @Zach_Has_Cancer @WierdOne …
Four Orbs and a Dream :feh_truestory:
The Man, The Myth, The Legend image750×1326 303 KB image750×1333 324 KB And here’s a…
Is Thokk any good?
So Feh decided to reward me for reckless behavior by giving my two Lokis in maybe 80…
Read More