Community Posts with Keyword Anna All 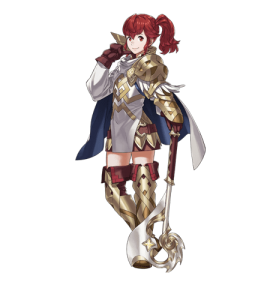 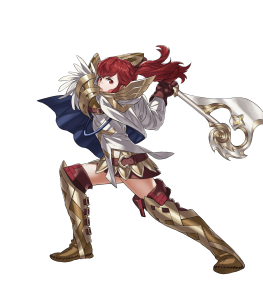 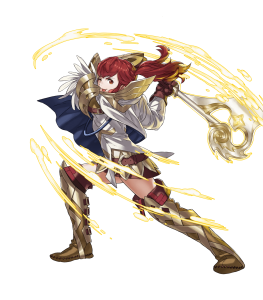 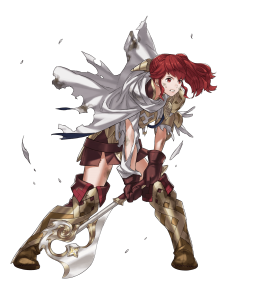 You Get What You Pay For. (Enemy Phase Bonus)

As a free rotating bonus unit, she can be invested in as a consistently available bonus if desired?

Lackluster Statline Outside of Speed

Aside from her great Speed, Anna’s stats are incredibly lacking. In particular, her poor Attack means she will struggle to deal considerable damage to physically bulky opponents including blue foes she has an advantage against such as Legendary Chrom and Brave Hector, although this can be alleviated to some extent if one is willing to give her an Attack asset via Trait Fruit. In addition, her poor Defense leaves her unlikely to survive more than one hit from physical foes without additional support from allies.

Another one of her biggest flaws is her inability to attain merges unlike most other units, meaning she's permanently stuck at +0 and cannot merge to remove her bane if she gains an asset with trait fruit, in addition to having a low score ceiling as a bonus and being unable to improve her lackluster statline outside of Dragonflowers.

Aside from her status as a bonus unit, Anna is thoroughly outclassed by nearly every Axe infantry unit in the game due to her lack of access to merges, underwhelming statline, and terrible exclusive weapon, and other Axe infantry units outperform her through either a good exclusive weapon(Barst/Arthur) a solid statline(Echidna/Ross/Mustafa) or go for a home run and outperform her statwise in addition to having better exclusive weapons(Osian/Rinkah/Annette/Raven). With all this considered, there is very little reason to use Anna as anything but a bonus unit outside of character bias(in which case, have fun and don’t let anyone stop you).

Foddering Dedue to Anna might not be the most efficient use for him, but it surely improves her capabilities as EP unit. Thanks to Steadfast Axe and Sturdy Stance, it's much saver to get her into range for Vantage and Brazen Atk/Def. Luna gives Anna some much needed firepower against units with high defense. The C skill is flexible, but Speed Smoke is a good option to save her from follow ups and to lessen the effect of damage reducing skills.

A high investment Anna build. The addition of a firesweep axe allows Anna to completely ignore her bad defense and put everything into her attack. Time’s pulse and flashing blade let Anna activate Galeforce on every initiation as long as she doubles her opponent and there is no guard effect. Lull spd/def helps with overall killing power. Paired a movement assist tank, Anna can be repositioned into range to do chip damage on high defense/attack targets and then Galeforce back and pivot behind the tank for safety.

If max scoring is the top priority, you can run her prf. and then Galeforce escape route (with the eff. refine) out of danger as long as the first counterattack doesn’t kill her.

Giant Spoon+ is favored over Wo Gun+ so you can give Anna Bunny Ears and pretend she ever had a Spring Seasonal Unit. The +10 to damage is no joke though, as Anna will struggle to get a lot of KOs without it.

Null Follow-Up is the B Slot of choice so you don't get KO'd by Lif and/or Thrasir like a buffoon.

Do what you want with C and S.

This Anna is best served with a Brave Lucina backing her up, as to to ensure Noontime triggering with each engagement.

This set is mainly for scoring while being decently powerful, only useful if you somehow don't have the bonus unit for arena if Anna happens to be within the bonus group. G Duel Infantry 3 treats Anna's BST as it were 170, helps with scoring a lot in this case.

I don't really have an explanation for this build. I just kinda threw it together and called it a day.