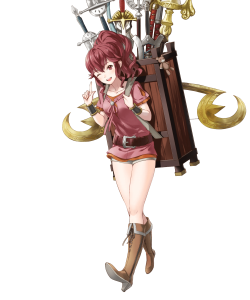 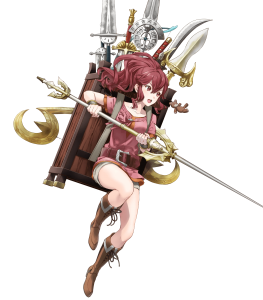 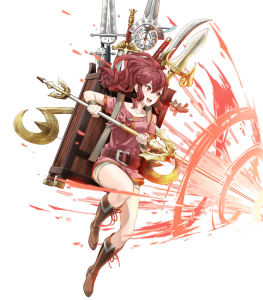 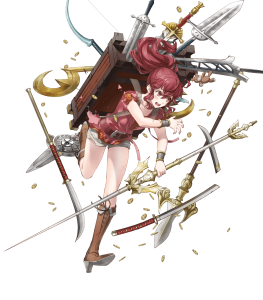 Strong All Around Statline

Apotheosis Anna sports very solid stats across the board, almost as if to pay homage to her initial appearance in Fire Emblem Awakening’s final Xenologue. Her Speed is an astonishingly high value of 40 that can be boosted even higher with a Speed Super Asset. Her Attack is a solid value of 35, and her defensive stats do not fall too short being all fairly middling values to work with. This leads Anna to be quite versatile in how she is built, ranging from offensive, defensive, and generalist builds.

The Apotheosis Spear is a solid unique weapon that gives Apotheosis Anna +3 Speed by equipping it, and a conditional +5 Attack/Speed during combat if her opponent’s HP is equal to or above 75%. This is a very simple condition to work around, allowing for Anna to easily abuse this strong boost to her already solid offensive stats. As an added bonus, Anna can also move to any space adjacent to an ally within two spaces of her, giving her strong mobility.

While Apotheosis Anna’s defensive stats are by no means awful, at the same time they are not necessarily in a solid spot either. This can become an issue especially when Anna is unable to be merged, as she does not wish to hurt her Attack or Speed, forcing a choice of dropping one of her defensive stats to a lower than normal level.

The Apotheosis Spear has a very easy to activate condition, but if the foe drops below 75% HP, Apotheosis Anna will not receive the +5 Attack/Speed bonus. This usually should not be an issue, but it can affect some matchup scenarios from time to time as Anna may barely miss a KO as a result of having less than usual stats.