Community Posts with Keyword Ares All 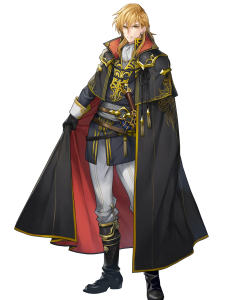 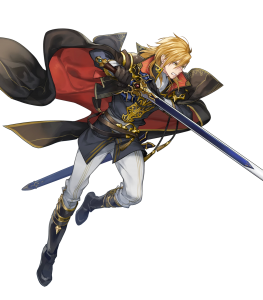 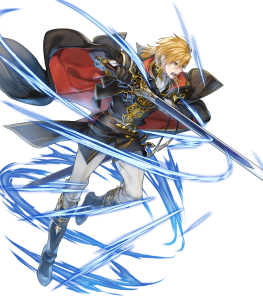 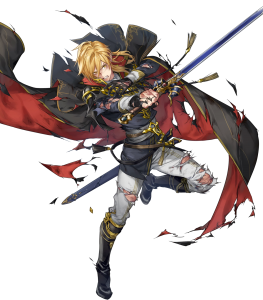 Dark Missiletainn is an exceptional Enemy Phase weapon that allows Ares to chain activate his Specials at a constant rate, as well as boosting the power of those Specials when the opponent initiates combat.

In addition to his superior mobility, Ares has access to class-exclusive skills.

Ares’ low magical bulk of 58 makes him susceptible to getting completely blown away by powerful magic attacks.

Although being a cavalry unit has its advantages, it can also be a detriment. On top of forests and trenches making it harder to navigate maps, Ares has an innate weakness to cavalry effective weapons.

Ares' prf weapon is surprisingly powerful. Having the special spiral effect built in the weapon and a slaying effect allows for a really powerful unit, after all, always activating your special isn't something to scoff at, more when you are able to activate 3 charge specials. As such, we we'll try to benefit from that.

Since this unit will be based on special attacks always activating, we should first decide which special are we gonna use. Ares could be a potent nuker if used with a special like Luna. Ignoring half of the enemy's defense is always good for a nuker, however, Ares is a cavalry unit with terrible res. This means that it can't use much good B skills that other units like infantry or armored units can, and has a terrible match-up against mages, that will usually one-shot him. To avoid this, we'll attack first and we'll make sure that they fall before being able to even attack. A vantage/distant counter set will become great for him, aided a lot by the luna activation.

This means that we'll need as much attack as we can get from skills in order to achieve this one-shot requirement. Threat Atk/def (or Atk/def menace) will allows us to improve our atk greatly and make sure that the closest enemy doesn't survive our hit, and defiant atk will improve our atk when we are at the vantage threshold (also, it's atk buff is better than the one fierce stance gives and can be used in both phases)

For the support skill, reciprocal aid will be our best bet. Being able to change hp with a unit to proc vantage is quite helpful, and also, the opposite is also true, if you find a unit that you think you won't be able to defeat on one hit, recovering to survive their hit and then on the next turn defeat them will be helpful.

This, however, isn't a flawless build. Fighting a hardy bearing unit will probably end badly for Ares, he doesn't have much ways to control his Hp at the start of battle (this can be patched up if supported by units like duo lif or F! Berkut) and, in order to work, this unit needs to proc Luna at least one time in order to become an always special build, so, if possible, attacking a unit with a lot of defense or having a unit dance ares in order to get him attack back to the enemy and get his special ready for the next round would be nice for him.

And knowing his one shot nature and his lack of res, the banes and boons should be clear. Atk boon and res bane, since mages and a lot of dragons should be falling before being able to counter him (however, armored dragons like idunn and myrh are a threat, but threat atk/def should be helpful, since they have horrible movement, which makes it so they probably will get affected by the debuff)

While a 3-Cooldown in-combat special may not sound like the best idea for a Special Spiral weapon, Ares is one of the very few units that can pull this off thanks to his ability to run both Special Spiral and Desperation alongside his Accelerated Special trigger.

Dark Mystletainn is a given, as it allows Ares to run any 3-cooldown Special and turn it into no cooldown, however for the sake of this build a 4-cooldown special works just as well. His Assist skill is open to change and is up to the player.

Astra boost damage by an extra 1.5x, which is a great deal for a mighty high Atk unit like Ares.

Double Brazens are used because the center piece of the build is Desperation, since both Brazens and Desperation help your unit when they’re below the HP threshold. Attack stacks are important to do more damage while Speed stacks help guarantee doubles. With Desperation, it won’t matter whether your first attack is an Astra or not as the second attack will almost definitely trigger it (if Guard effects are not active), and after a round of combat it then returns to 1-cooldown

Finally, Savage Blow is chosen as the C skill to bypass any pesky Guard units, however this makes him vulnerable to Vantage foes if their HP drops too low (and losing a Brazen for Hardy Bearing is a risk to Astra and Desperation). The skill can be swapped out for Def Smoke but that then makes him vulnerable to Guard units, so pick your battles wisely

This is a fun little setup that I've been experimenting with the last few weeks. In a similar fashion to Karla, Ares has enough power to secure KOs without using an offensive Special and therefore can opt to increase his longevity with a defensive Special.

The core idea of this set is to abuse Dark Mystletainn's Special Precharge in conjunction with Mystic Boost's consistent healing to trigger Miracle indefinitely. Life and Death provides a substantial offensive boost while Def Smoke helps Ares finish off already weakened enemies after surviving combat thanks to Miracle. Tying everything together, Heavy Blade will allow Ares to charge Miracle for the first time, bypass Guard effects and still have his Special ready after combat provided that he doubled the opponent and Dark Mystletainn's effect triggered. Heavy Blade IS the most reliable option for the seal slot, but choosing it means that Ares cannot use Brazens to bolster his killing power even further. If you can accelerate the charging process with Ostian Pulse and do not care about Guard, Brazen Atk/Spd 3 is an exceptional choice for a seal.

The IVs are really flexible, but naturally you want to preserve and/or invest in Ares' offensive statline while disregarding his bulk as Miracle will allow him to survive indefinitely.

This boy is a beast on the battlefield and can easily solo difficult maps once he's taken at least 12 points of damage. He solo'd the Ishtar & Reinhardt Infernal BHB when he was only +3.

Just stay away from Hardy Bearing/Firesweep users and you're golden.

LV. 40+1 merged with a +Def IV. C slot is flexible if you're not running a cavalry team.

Somewhat of a gimmicky build that can't deal with ranged attackers due to the lack of Distant Counter, but still a fun Ares build nonetheless.

In order for this build to work well, Ares will need to be equal to or less than 75% HP for Vantage 3 to take effect. He also has double Brazen Atk/Def 3, which will both increase his Atk and Def by 14 during combat once equal to or below 80% HP. Bonfire will hit for 25 additional damage, only taking the Brazen buffs into account. Once these conditions are met, Ares will always counterattack first and with a fully charged Bonfire. Just watch out for ranged attackers which he can't counterattack against and bulky blue units that can take his attacks.