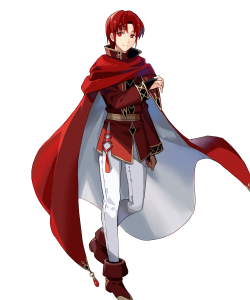 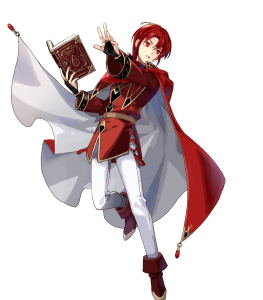 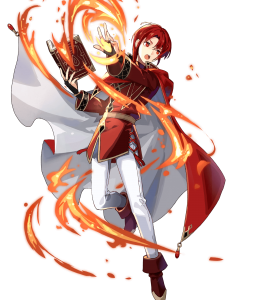 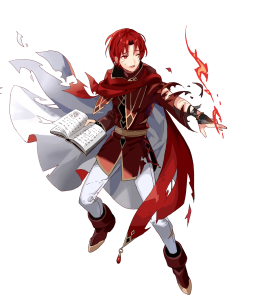 Sparks When I’m With You (General Offense)

With 37 Attack and 39 Speed, Azelle packs a punch and is among the most offensive mages in the game. He can deal great damage and consistently perform follow-up attacks, especially in combination with his Sparking Tome and support.

Although 66 physical bulk is far from special, it is typically enough to survive 1 physical attack, especially considering most Infantry melee units stack Speed rather than Attack to take advantage of damage reduction skills such as Spurn.

IS was surprisingly nice enough to give Azelle a personal weapon in Sparking Tome! This tome:

This can help Azelle turn the tables on enemies that attempt to stat-stack, as he effectively has a “bonus reversal” effect.

As always, being an Infantry unit is great for Azelle. In addition to rarely needing to worry about receiving effective damage, Azelle also has access to excellent skills such as Steady Impact, Swift Impact, Null Follow-Up, Lull Spd/Res, and Time’s Pulse to augment his combative capabilities.

While not much worse than his physical bulk, 63 magical bulk leaves Azelle prone to being OHKO’d by particularly strong Mages like Lysithea and Legendary Lilina. This can also be troublesome in Aether Raids Defense, as powerful Dragons such as Nowi, Halloween Tiki, and Legendary Corrin (F) will oftentimes score OHKO’s on Azelle.

Azelle’s Sparking Tome only unlocks its full potential when the enemy has visible Speed and/or Resistance buffs and their HP is ≥ 50%. While the HP condition usually isn’t problematic, many players try to avoid visible buffs in Aether Raids Offense due to the ubiquity of Lulls and Panic, making Sparking Tome’s “bonus reversal” effect inconsistent.

I use the B!Edelgard to defeat the B!Edelgard
I thought it would be funny, besides also helping to keep her from winning the…
Fodder or merge extra Legendary Claude?
When his banner debuted, I managed to get a copy in about 40 orbs but he was -Spd, …
The secret of a God - Spoiler Alert
He calls himself a humble when we found him at Talys. He forged Falchion and had a son…
Who to save for?
In retrospective I am so mad at myself that I did not pour every single orb into the…
Am I going to regret this,,,
IMG_20210227_234354719×1345 612 KB EST IS BEST 7 posts - 7 participants …
Read More