Community Posts with Keyword Barst All 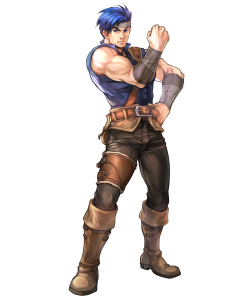 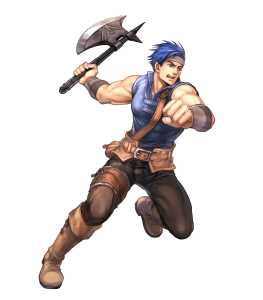 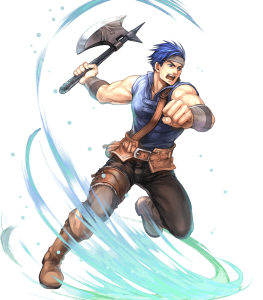 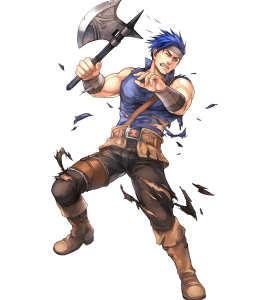 That Other Progenitor God (Double Wrath)

Barst's main tool of distinction, fame, and good competitive performance, Devil Axe provides additional well-needed offensive and defensive stats on Barst's behalf as its primary effect. The trade-off for this is 4 damage after every successful battle. However, this actually synergizes fantastically well with a variety of skills, including Desperation, Brazen skills, and, most importantly of all, the full Wrath effect provided by refining Devil Axe further.

The Ability to Doubly Run Fury and Wrath

This is a very fortunate side-effect of using Devil Axe. With both the effects of Wrath and Fury (or Fallen Delthea's Death tome if you want to be anally technical) in tow, Barst is able to run their B- and A-slot versions and double their effects. This means: 1) Fury can put Barst in range of low HP skills (such as Wrath, Desperation, Brazen skills, and Wings of Mercy from allies) more easily, and 2) doubly-applied Wrath passively charges Barst's Special twice as fast while also increasing its additional +10 damage twice. This results in a potent and unique offensive niche for Barst that definitely differentiates him from other similar Axe infantry.

By itself, Barst's statline is quite modest by modern melee infantry standard. However, Devil Axe's in-combat stat boosts strengthen it quite nicely across all categories, and the statline itself is pretty optimized: nicely distributed Attack, Speed, HP, and decent Defense at the cost of minimizing Barst's Resistance.

Barst's status as an infantry melee unit offers a nearly unfair advantage over other forms of competition as he is able to benefit from exclusive skills on himself and other allies, especially Wrath, Breath skills, Null Follow-Up, Time's Pulse, Infantry Rush, Infantry Flash, and more. Like others with similar high HP values, Barst is even able to provide Infantry Pulse support should his team setup call for it.

Barst's neatly distributed statline comes at the cost of his Resistance, which only sits at 21 (counting Devil Axe stat boosts). Tome and dragonstone users are therefore expected to take Barst down few notches badly if they manage to get a stray hit in.

Many of Barst's practical builds are reliant on him achieving a low amount of HP, meaning he is sometimes susceptible to stray hits ending his life if improperly positioned. His double Wrath build is particularly reliant on waiting between turns and kills to charge his Special passively; there are times where users simply don't have the luxury of stopping and waiting.

Among newer competition with naturally competitive statlines (Edelgard, Gerik, Valentines Alm) as well as older entries with considerable refined weapons of their own (Raven, Linus, Arthur, Hawkeye), Barst may have some trouble contributing if you already invested in them prior.

This build focuses on shutting down the large variety of ranged threats and AoE specials in Aether Raids during the Light Season. With the combination of Close Call / Repel, Phantom Speed and Eir / Peony's blessings, Barst will take significantly reduced damage from most, if not all foes in the mode. While under this combination of effects, as well as his weapon (and potential Brave Lucina support) he can do the following:

Completely shrug off fully-buffed Ophelia and even one shot HER in return.

Survive fully buffed RED bladetome units such as Tharja with little support. (Though Brave Lucina support trivializes the encounter with this build.)

Make an absolute joke out of most ranged units that either aren't pre-charged, or have Fire/Windsweeping capabilities.

Running Noontime on this set allows for some pretty consistent healing with either Infantry Rush or Brave Lucina support, while also adding a good bit of extra damage if you ever happen to fall into Devil Axe's wrath effect range. Coupling the wrath damage with his solid attack as well as potential buffs will usually result in enough healing to tank the next few units.

Close Call / Repel are the main crux of the set however, providing a potential (albeit usually hit) 40% damage reduction based on how much faster you are than your opponent. Outside of combat however, Devil Axe's Fury 4 effect will not slow down AoE damage, but in combat it will. Phantom Speed will "increase" your speed both inside and out of combat thanks to its synergy with Close Call and Repel, which can drastically reduce incoming damage from pretty much all sources, bar Poison Strike, Savage Blow, and bolt effects from Towers / Traps.

The goal of this build is to set Barst up with low HP and let him one-shot problem targets. The combination of stacking 2 instances of Wrath with Time's Pulse lets Barst charge up 3 - count specials immediately at the start of the turn.

Devil Axe: a solid +4 to all his stats during combat is a godsend for Barst's relatively balanced statline and also helps him avoid chills due to the bonuses being considered an in-combat bonus. the 4 damage after combat is a plus in this case, helping him set up for Wrath stacking after a single combat.

Reposition: He comes with the best movement assist in the game. 'Nuff said.

Bonfire: Barst can work with many different specials, but Bonfire is the best in my opinion for raw killing power. If you want him to last longer in combat you could also run with Sol or even Aether..

Wrath 3: +20 true damage and -2 cooldown on turn start is huge for Barst, and let him become a huge presence on the battlefield.

Time's Pulse: The most expensive option here. This skill lets Barst use 3 count specials right away when on low HP as it stacks with both instances of Wrath.

All things considered, Barst is now a solid nuke unit. This build is high investment but he also has many other A and B slot options so try them out for yourself.

Defensive Barst build (+10). He's got a great defensive balance, being able to prevent a lot of doubles thanks to 41 Spd. SB allows for more defense and allows him to proc Aether more. Wrath +Wo Gun makes for harder hitting specials. Heavy investment

I Always Used Barst, Because He Was My Star Unit In My Playthrough Of FE12. With This Build, Barst Can Be Someway Useful,Allowing Him To Double, And Actually Destroy Horse Emblem.(He's +6 BTW)

This is, quite simply put, THE best thing ever made by man. Fire? The sickle? Villages? Advanced agriculture? Factories? The computer? The phone?! All of it cannot compare to THIS! The amazing Iceman Barst! Nothing you can name can come CLOSE to this crowning achievement of mankind as we know it! This is the perfect cavalry counter and will make the likes of B!Lyn run and hide in pure terror at how awesome his Res is! 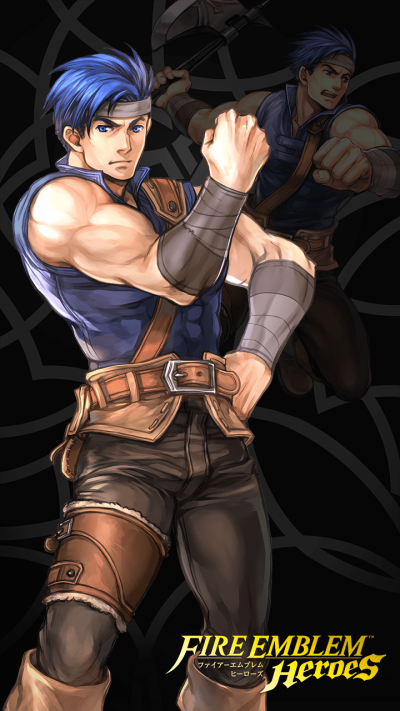 Let me know what you think about this build
Let me know what ya’ll think! Any ideas, changes, and advice is appreciated. Started…
I need a seasonal weapon that looks like a giant Needle
And obviously it being a Lance, that way I can take my favorite Special quote of Oboro…
Yo how do I do this cc
Edelgard walls and kills everyone I have idk what to do she is literally the only…
Summer Titania concept!
FEPR_Titania (1)948×1285 390 KB Huh 11 posts - 7 participants …
I exploted
I don’t really know why I became so angered yesterday, usually I don’t get this mad I…
Read More