Community Posts with Keyword Berkut All 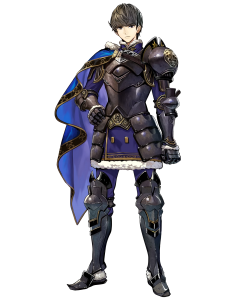 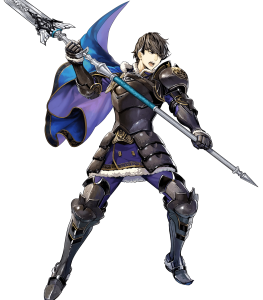 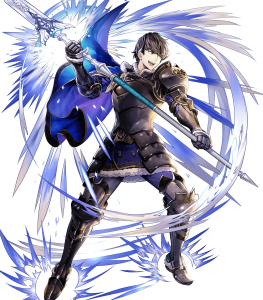 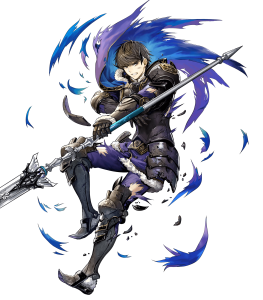 Berkut’s PRF weapon, the Dark Royal Spear, transforms the Rigelian scion from an unnoteworthy lance cavalry hero into a respectable Enemy Phase combatant. Atk/Def/Res+5 and a Lull Atk/Def effect make this weapon the premium choice for any of Berkut’s best builds.

Berkut has a respectable Attack stat of 34, which serves as a respectable foundation to be further augmented with dragonflowers and trait fruits. Berkut’s Attack is no doubt his most important stat, as it complements skills like Quick Riposte exceptionally well.

Berkut's physical bulk is noteworthy: base 43 HP and 31 Defense give Berkut adequate combat potential against melee heroes and allow him to take reasonable physical punishment. While his base 24 Resistance is less noteworthy, the +5 bonus from Dark Royal Spear and neutralisation of enemy Attack bonuses allows him to sustain magical damage more effectively than it would appear at first glance.

The Dark Royal Spear offers plentiful combat bonuses, but they are best utilised when defending against enemy attacks. Berkut will be much less effective in the Player Phase, forcing him to rely on his high Attack.

As a cavalry hero, Berkut will struggle to operate in rough terrain with forest or trench tiles. While this isn’t a huge drawback given his Enemy Phase-oriented playstyle, it limits his usability on maps where trenches and forests are relevant.

Berkut’s Speed is a clearly defined dump stat. The Rigelian Prince is incredibly vulnerable to follow-up attacks, and must rely on his defensive stats to protect himself. Berkut's low Speed also forces him to rely upon skills like Quick Riposte to deal considerable damage on the Enemy Phase.

Weapon: Dark Royal Spear, Lull Atk/Def 3. Pretty self explanatory if you ask me, but to be clear this is his best refine if you intend for Berkut to fill more than just a res tank role. The +2 MT over Berkut's Lance+ offsets the -2 res penalty for not using the latter and the additional Atk/Def/Spd +5 on enemy phase from DRS just solidifies its superiority. Offensively, it sets up Berkut's enemy phase role really well and, critically, it clearly defines what he should be doing on the battlefield. The refine gives him usability on player phase, which is really needed in this particular build.

Assist: Reposition makes it easier for you to keep Berkut in front if his allies have already acted. Pivot can also keep him in front, so pick and choose where your fodder allows.

Special: In this case, Noontime is going to be keeping him alive for longer. As this build is for a Berkut who's fighting on both phases, he's going to need to be surviving every encounter with a reasonable amount of HP to keep Quick Riposte 3 active. Alternatively, feel free to swap Noontime out for another low-cooldown special like Moonbow if Berkut isn't the main fighter on your team. I say low-cooldown specifically, because Berkut wants to be activating specials often to guarantee his kills- it can be dangerous to leave him out on enemy phase directly after player phase too many times against enemies that have been charging their own specials and likely have follow-up attacks to destroy him with. His spd is still terrible, after all.

A Skill: Distant counter is mainly here to make good use of his respectable res stat mainly on enemy phase, though his high def will also help against pesky archers. It's also relatively easy to find on your fodder. Alternatively, consider usage of Distant Ward, though I suspect most of us only have that skill on B!Edelgard and aren't exactly ready to part with a monster like her.

B Skill: Lull Atk/Def 3 (I know it says Lull Atk/Spd 3 but there wasn't an option for that) is a strong option for his B skill as it's essentially doubling the effect of his lance and, as such, crushes enemies that rely too heavily on combat buffs and situational advantages. Alternatively, placing Quick Riposte 3 here and dropping a different seal on Berkut is a good idea too.

C Skill: Atk Smoke 3 is a very strong option for a front-liner Berkut as it helps him stay alive much longer. Making use of both his C skill and Noontime will keep your Berkut alive and well enough to use Quick Riposte 3 to its full effect. Alternatively, make use of one of my favourite skills in the whole game, Atk/Def Menace. It's essentially a stronger version of Atk Smoke 3 with a wider range, but the price is not low in the slightest. Female F!Morgan has three very powerful skills and foddering away Atk/Def Menace is essentially throwing the other two away. If your dedication to Berkut goes as far as mine, I absolutely respect it.

Seal: Quick Riposte 3 is, as many people have noted in their own builds for Berkut, almost a necessity. His awful spd stat will almost guarantee that he's getting doubled and, while Noontime will alleviate this issue on enemy phase because of his +5 to all stats boost, it doesn't solve the problem on player phase. That's why I suggest it here, but there's no reason you can't use another seal that fits your team's needs more than his own. Fair warning though, not replacing your B skill with Quick Riposte 3 does come at a steep price on player phase.

IVs: Atk+ Spd-. Really, what's the harm in making a dump stat worse and the critical element of this build better?

With his refine I genuinely believe Berkut is good. With it he gains +5 Atk/Def/Res, and gains a Lull Atk/Def in his weapon aline, adding a lot more bulk and damage output.
As he is a tank I added Swap to take over the front lines, and Sturdy Stance to double down on that enemy phasing. His Speed stinks, hence the Quick Riposte, but other than that he definitely rose in usefulness.
As for his C you could add a Threaten Atk or Smoke, but out of pure forgetfulness I didn't and used a seal instead.

Game press is broke, but his B is Lull Atk/Def 3, and the Seal is QR. With his refined signature Spear, Berkut gets an essential +8 to Atk/Def/Res, and with his B slot, that goes up to +11, giving him a monstrous 61 attack, a titanic 42 defense, and a respectable 35 resistance, not to mention Berkut has access to cavalry buffs as well. This allows for a potent cavalry tank, as a single ward cavalry pumps his defenses up to 46/39, so distant counter is taken to allow Berkut to beat mages and bow users. Sol provides sustain, and allows Berkut to finish his opponents with that crucial follow up attack.

(It is suppose to be lull atk/def 3, but that does not exist on this website)
He tanks alot if you have him highly merged, and he has really nice mixed bulk. With the -6 atk/def from double lull he becomes even more of a threat and a better tank, i would reccomend this build to anyone.

Today I bring you my personal build for berkut, I will note his stats in my explanation as +10, 5df, and married (S-rank SS)~

As everyone knows, the Rigelian prince had been screwed over by FEH as a good amount of strong, beloved characters did and ended up as garbage. Yet, to those wanting to bring out the true monstrosity he deserved to be I bring you this build.

As you can notice, this build definitely doesn&#039;t focus on his offensive stat, instead it breaks it down with the fortress skills but still leaves offensive capabilities. With Berkut's Lance(+def), Fort. Def/Res 3 and Fortress Res 3 it should leave you with an incredible bulk of 59HP/49DEF/49RES when getting attacked. Which to me, sounds good. I built him to be a cavalry tank, easy to move across the battlefield to whereever he is needed.
I chose Aether to further make him be able to handle more. Because of his terrible speed which is 29 at that point, he&#039;ll get doubled alot, so Aether should charge fairly quickly and bring him back to glory again in time of need. I chose Panic Smoke 3 to increase his capabilities when surrounded. Any opponent that dares come buffed would soon have their gained strength get taken away. Dull Ranged 3 was a reasonable choice for a B skill, neutralizing the threat of bladetomes for the most part.

I know this build practically works on everyone, and maybe even better on them, but I still wanted to show this off, because Berkut is a villain very precious to me.

Have a good day/night/whatever~ Mia out~ 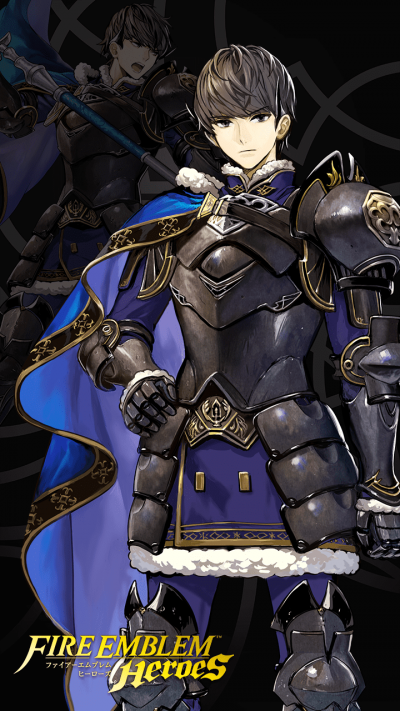