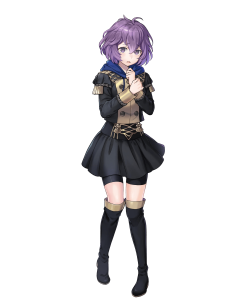 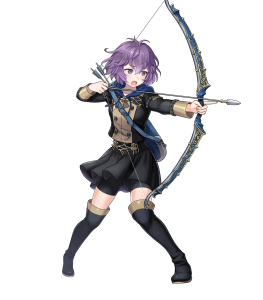 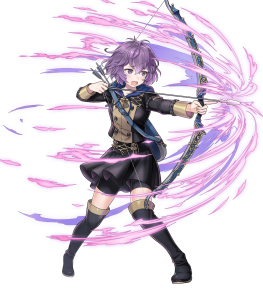 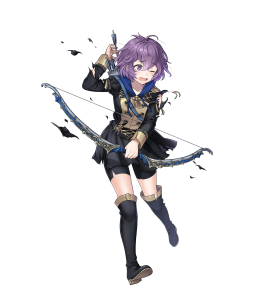 Bernadetta has a solid base Speed of 38, and can be improved upon even further with her Speed Super Asset that bumps her up to 42 Speed. Her Attack isn’t too shabby either, being a base value of 32. This gives Bernadetta enough of an offensive distribution to justify a speedy offensive build that takes advantage of her good stats and cavalry mobility granting her a large attacking range.

The Persecution Bow is Bernadetta’s unique weapon and while it does require a bit of setup, it gives so much in return. Starting off, it grants Bernadetta +3 Attack just by equipping the weapon. If Bernadetta is suffering a penalty to one of her stats or has lost at least one point of her HP, she will gain the ability to land a follow-up attack before her opponent can counter attack when she initiates combat, on top of getting a boost of +5 Attack and Speed. This weapon frees up the need to utilize Desperation in her B Passive, all while granting her already strong offenses a further bonus.

Bernadetta’s HP, Defense, and Resistance are all very low. Even before taking a Flaw stat in any of them, she only has a measly 60 physical bulk and 64 magical bulk. As a result, Bernadetta will have a tough time taking a hit and would rather utilize Skills such as her default Ardent Sacrifice and Atk/Spd Push to help setup Persecution Bow’s HP condition.

Persecution Bow is strong, but it requires one of two potential checks to be met before Bernadetta can reap the rewards. Bernadetta must either be suffering from a Penalty such as a stat debuff or an effect like Panic, or she must have less than 100% of her HP. While the Penalty based check is situational, the HP drop can easily be met by utilizing Skills such as Fury, Atk/Spd Push 4, or Ardent Sacrifice, or by getting Bernadetta to survive taking a hit. As it stands though, Persecution Bow will likely not be setup for Bernadetta’s first round of combat in most situations, instead opting to have long term effects after setting herself up.