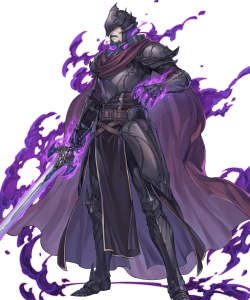 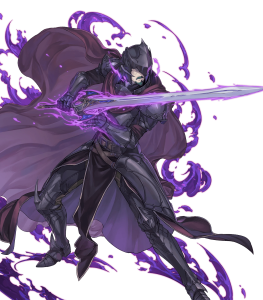 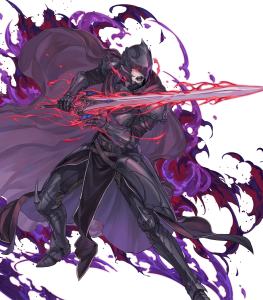 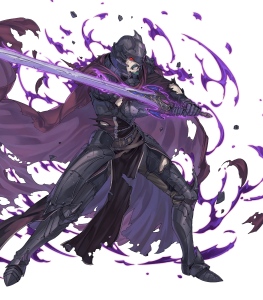 When They Just Couldn't Wait Until Next Year's Fallen Banner... (Melee Tank)

It All Returns to Nothing (Player Phase Nuke)

Having 45 HP or higher is a bit of a rarity on new units these days, and the Dread Cavalier comes with just that, with the potential to become higher with +5 HP from weapon refinery. This tags along with a great base 38 Defense, which inches closely to the best of all cavalry units possible (at this time of writing, Ótr's 40) while also being perfectly buffable with refinery and skill investment. Bertram's damage certainly doesn't suffer much at a base 37 Attack either  — it's actually only the second-best of all current sword cavaliers.

Bertram's cavalry status grants him extended space and attacking reach as well as access to the Near Trace and Lull skill lines, all of which serve to amp up his attacking and movement flexibility.

We're really scraping the bottom of the barrel here as you can see, but at any rate, props to Nishiki Areku for giving your possible investment one of the most astounding artwork pieces in Fire Emblem Heroes.

Petrine and her Flame Lance were apparently so powerful and commonplace in the full-merge project market that the developers couldn't settle for Runesword or even something half-decent like Orson's Bereft Lance. Our dark horseman is therefore forced to fall back on a few select inheritables to function.

Although there are a few good apples in the generic swords department (such as Steadfast Sword which comes in the same update as Bertrand), none come very close to the sheer power or number of effects in the PRF weapons of other units — the most jarring and inevitable comparison being Sigurd and his Legendary version and even his son.

With Speed and Resistance values that aren't absolutely terrible but awkwardly fails to break the base 30 benchmark without specifically taking Assets in them (and we vaguely advise against that), Bertram finds himself often at the absolute mercy of enemies that are fast, magically-inclined, or — even worse and very commonplace — both.