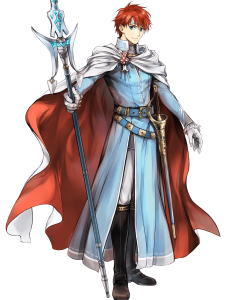 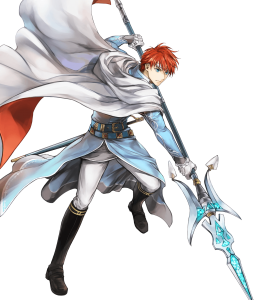 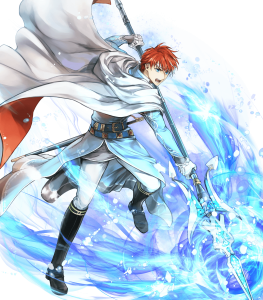 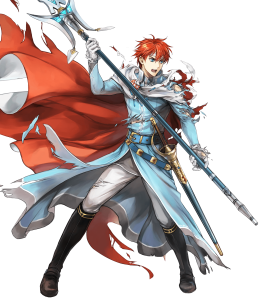 the outfit is for his marriage to Ninian (Damage Focus)

Passive B: A/D Near Trace / Wings of Mercy

they had us in the first half, not gonna lie (High-Investment Speed Tank)

This is all while retaining his signature dual dragon and beast effectiveness — which, while somewhat niche, does make him a particularly compelling counterpick when combined with his half Null Follow-Up access if certain enemies are a problem for your team. (Looking at you, Fallen Edelgard). Altogether, the new capabilities of Ninis’s Ice Lance cements Brave Eliwood’s position as a shining example of what it means to be a powerful offensive lance cavalier.

Brave Eliwood’s innate Attack/Speed combination of 37/35 stands as an excellent starting point for dealing damage and performing follow-up attacks, synergizing well with the various offensive benefits provided by his Ice Lance. His physical bulk fortunately does not suffer from his statline’s investment into his offenses either; with 40 HP and 32 Defense, his durability against opposing physical threats is pretty respectable and gets even better when supplemented by his refined PRF’s damage reduction.

While Ninis’s Ice Lance does now boast dual-phase functionality as previously mentioned, Brave Eliwood’s Player Phase combat stands out especially thanks to his cavalry status; his three-tile movement helps him place pressure on the opposing team with incredible ease, and access to Canto via Near Trace skills does much to further build on his overall mobility.

It’s worth noting that Brave Eliwood also doesn’t really face the typical issues that ail other cavaliers when it comes to skill availability, as his weapon already packs the infantry-exclusive effects he would have wanted anyway.

For all his many gifts, Brave Eliwood is unfortunately quite lacking when it comes to his Resistance. His refined PRF’s +10 Resistance boost and conditional damage mitigation does do quite a bit to offset the impact of this, but it’s still worth being cautious of opponents who both deal magical damage and have high Speed. Such foes may partially or totally break through Ninis’s Ice Lance reduction then — and with only a meager base value of 18 to rely on, this will immediately spell trouble for the Marquess.