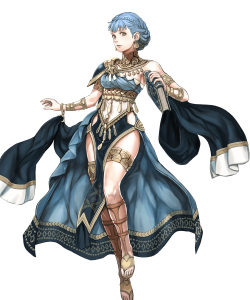 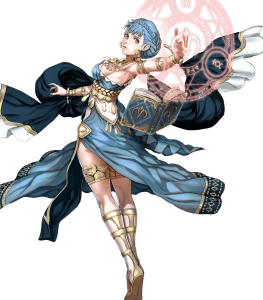 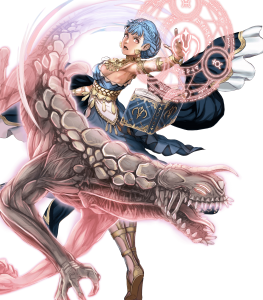 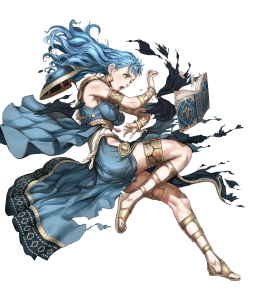 Brave Marianne’s key distinguishing feature is her Special, Requiem Dance. Although refreshers are nothing new to the game, having it attached to her Special — rather than a traditional Assist — comes with some advantages entirely unique to Marianne herself.

Altogether, this variety of potential perks opens up immense flexibility in both Marianne’s playstyle and that of her respective team across all facets of the game.

Despite being the female first place winner of the Choose Your Legends event, Brave Marianne’s unique Phantasm Tome is surprisingly straightforward, though it still remains terribly effective at cementing her offensive presence. The enhanced Lull Spd/Res effect and base Speed +3 (albeit admittedly a bit boring) are welcome for consistent damage, but the real draw to Phantasm Tome is the staggering 70% damage reduction it applies against the first hit she would take in each combat during the Player Phase. This ensures that she can freely engage in combat and unleash powerful hits without fear of being KO’d by a stray counterattack.

Brave Marianne’s combat prowess is further backed by the impressive values she features in both Attack and Speed; a base offensive statline of 40/41 on top of access to four-point Assets in both stats already provides an incredible starting point for dealing damage.

The Serene Adherent gains much from her infantry status, namely in the skill inheritance department as she can wield powerful assets like her native Null Follow-Up that are inaccessible to her mounted counterparts. Alongside the flexibility brought by her colorless typing (guaranteeing neutral match-ups across the board with the exception of units with Raven effects), Brave Marianne’s consistency is nothing less than commendable.

Special May Be Somewhat Difficult to Fully Leverage

The biggest caveat to Requiem Dance’s effect is the Gravity debuff it applies on the teammate Marianne refreshes, restricting their movement to one similar to Legendary Leif’s Njolrun's Zeal. While this itself can be mitigated by having allies equipped with skills that allow for “normal” movement regardless (such as Wings of Mercy or Ground Orders), this prevents Brave Marianne from being a simple plug-and-play unit; she requires careful attention to ensure her potential can actually reap benefits for her team.

Additionally, since her refreshing capacity is tied to her Special activation, Brave Marianne’s inability to bypass Guard effects (as seen on the second place winner) and lack of a Slaying effect in her weapon does mean that she can effectively be hard-stopped if she somehow fails to gather enough charges quickly.

Brave Marianne’s base Defense value of 17 is simply horrible and would normally make handling physical threats quite difficult due to her equally unimpressive HP pool, but the whopping 70% damage reduction she may receive via Phantasm Tome helps massively in mitigating this.

However, this is only applicable upon initiation and while this itself is mostly fine actually given how Requiem Dance and her heavy offense investment encourage an overly aggressive playstyle, it does limit Brave Marianne’s overall functionality considerably; during the Enemy Phase, the majority of her strengths are disabled and her Defense becomes exploitable by opposing foes, leaving her a much greater liability if left in enemy range. Foes with the means to bypass damage reduction and/or attack twice (looking at you, Winter Altina) prove especially troublesome even during her preferred phase.

Has arena become less fun than arena assault?
Click to view the poll. I don’t like arena. It is way too hard even with the addition…
FE3H DLC Idea
What if there was another wave of DLC that allows us to recruit and teach the lords…
Fun With Names
I always like running my arena defense team as a theme around a bonus unit and the…
Future HoF watchlist
Grail units, 3*-4* summonables, maybe 4* specials, good candidates for being save…
Almost or Complete Arena Overhaul
My core is so bad right now that I cannot reliably complete a run unless the bonus…
Read More