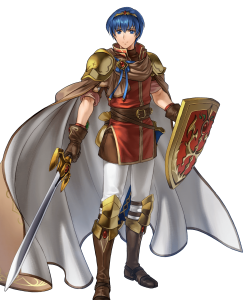 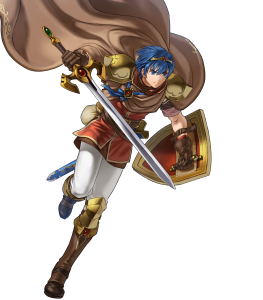 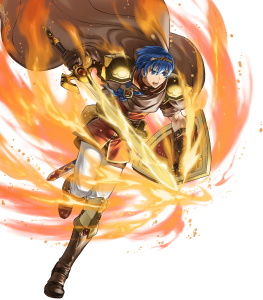 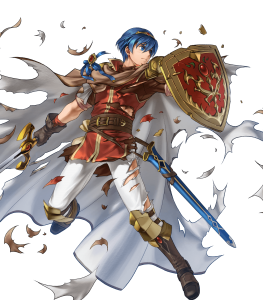 A Prince Before a Son or Brother (Superunit)

The Choose Your Legends 5 winners bring with them a new Base Stat Total generation, most noticeable in Marth’s whopping 182 BST. With 41 HP, 41 Attack, 43 Speed, 32 Defense, and 25 Resistance, Marth can deal high damage, consistently perform/avoid follow-up attacks, and tank deceptively well thanks to Speed-based damage reduction Skills such as his native Spurn.

In honor of Anri, the first king of Altea, Marth dresses in red and wields the incredibly powerful Genesis Falchion.

Genesis Falchion’s myriad of effects lands Marth in the top echelon of the game, even with the bloated Infantry Sword pool. The combination of Dragon-effectiveness, Slaying, +10 Attack, +5 Spd/Def/Res, Null Follow-Up, 5 HP healing per attack, and Vantage is hard to beat, as Marth can play different roles depending on his remaining Skills and excel in them with relative ease.

The necessity for allies to have visible buffs for Genesis Falchion to reach its full potential seems daunting, but Marth’s 2-cooldown Special, Shining Emblem, patches this nicely.

Shining Emblem outshines its predecessors, Fire Emblem and Hero’s Blood, in both the damage department (5% more Speed is converted to bonus damage) and the buff department (+6 to all compared to +4 to all, which also helps with everyone’s damage output), making it a fantastic personal Special.

While Marth already has Null Follow-Up, one of the most powerful Infantry-exclusive Skills in the game, in Genesis Falchion, this gives him a free B slot to use other Infantry-exclusive Skills such as his native Spurn, Null C-Disrupt, and Special Spiral to augment his combat. Access to Time’s Pulse and Flashing Blade, in addition to being able to take advantage of allies’ Skills such as Guidance and Ground Orders, further boost Marth’s flexibility and consistency.

As he is a king of the people, Marth’s base kit of Genesis Falchion, Shining Emblem, Distant Pressure, Spurn, and Even Tempest is fantastic. Regardless of how players wish to build and optimize Marth, he will very likely equip at least one of his base Skills (aside from Genesis Falchion, of course), making him less expensive to build than most other units.

Shining Emblem can be exploited by Panic, a negative status effect that converts visible buffs into “negative/reverse” buffs (different from visible debuffs, as they can stack with negative buffs). However, this has a variety of workarounds: