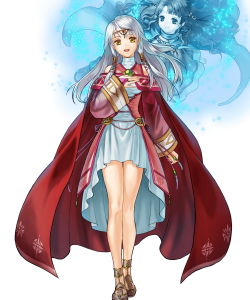 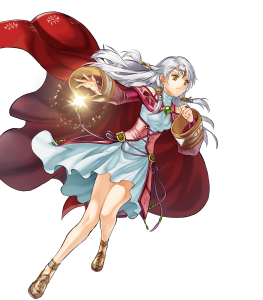 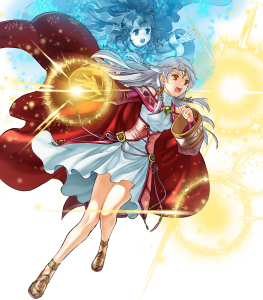 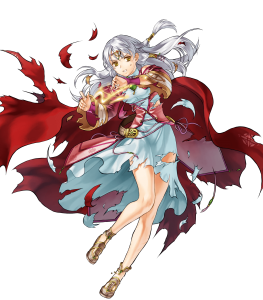 According to all known laws of aviation, there is no way Micaiah should be able to fly. (Offense)

Micaiah, of course, flies anyway because she doesn’t care what humans think is impossible. (Defensive)

Brave Micaiah’s refine just lets her do what she did before but better, but with automatic follow-up attacks and a +6 boost to her stats on top of an additional +4 stat boost against debuffed foes, on top of the weapon’s pre-existing Cavalry/Armor effectiveness and stat boost equal to the foe’s penalties.

Micaiah’s base 37 Resistance is excellent and it allows her to tank magical damage with ease, especially given further investment.

Micaiah’s low base 36 HP and abysmal 17 base Defense means that pretty much anything physical can breathe on her for an easy KO. She should be kept away from physical units at all cost unless she can KO them in a single hit.

Being a Ranged Flier

Being a Ranged Flier may sound bad, and that’s because it is. Thanks to her status as a ranged flier, Brave Micaiah is left with very few options when it comes to B slot passives and is saddled with a Bow allergy on top of that. In Brave Micaiah’s case, Iote’s shield isn’t a worthwhile option to compensate for her bow weakness as her Defense is so low most bow users will be able to one round her anyway, so all the bow weakness really does is rub more salt on the wound. The more glaring flaw of Micaiah’s movement type is her lack of B slot skills, essentially leaving Yune’s Whispers as her only B slot option, and even that has issues as it only really functions as a slight upgrade over generic Sabotage skills (the value of which is dubious given that Micaiah has virtually no use for the Speed debuff it inflicts).