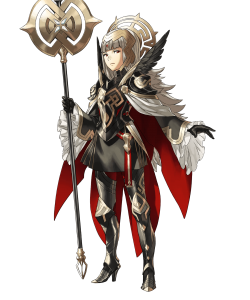 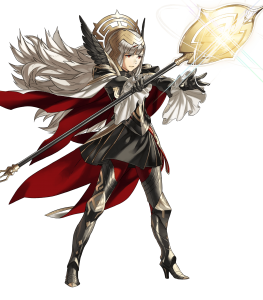 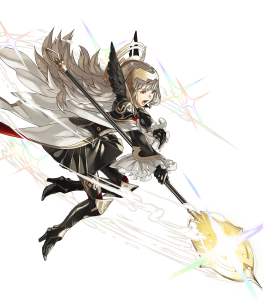 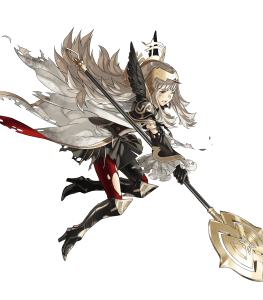 Pretty standard veronica set up
This is my free summon one so neutral ivs
Pretty good support wise,and standard kit shows that alot, so it is her optimal one imo
The only inexpensive option for her a slot was spd 3 as this can help to secure a lot more kills when she intiates combat
For her sacred seal i would put attack 3 speed 3 or l2s 3

C Slot could be left alone, but when you summon a bunch of Camilla's Chip Damage is never a bad thing!

Special I'd leave or go with Miracle for increased survivability, as a Healer the choices are limited.

With such middling Defenses people seem to shy away from CC, but with a CD3 seal and the fact that she always wants to engage a foe before they engage her means a potential bonus of 10 to her defenses paired with the enemies -4 attack. Equivalent of a 35/33 Defensive spread if she fails to drop her opponent or another melee enemy is within range to attack her next turn.

She's not likely to survive this tactic too many times, but that's why it's a team effort, she won't have to go it alone, and an ally with Ardent Sacrifice/Reciprocal that she can then heal up makes for quite a powerful team.

I was lucky with her IVs so I decided to invest in her more the [ATK/SPD Push] is nice for healers since they can not learn a lot of offensive skills aka [Fury 3] but you can replace the A skill with [ATK 3] or [SPD 3] instead [SPD/RES 2] is easy to get from [Nanna] but her resistance is low to consider raising it.