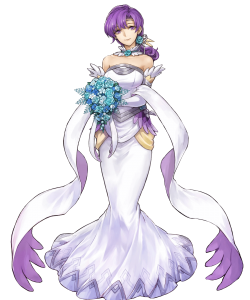 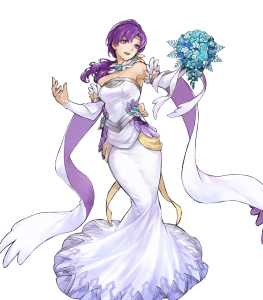 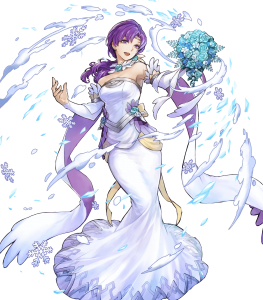 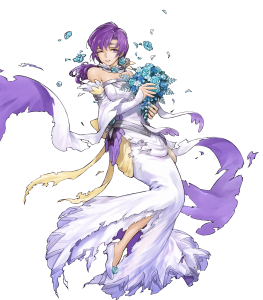 Despite being the four-star demote of her banner, Bridal Juno’s offensive statline features very solid values of 36 Attack/38 Speed and allows her to serve as a consistent source of damage output. This quality can be capitalized on further by complementary skills and her access to a four-point +SPD IV, which helps supplement her follow-up potential notably if taken.

Bridal Juno boasts considerable range and mobility as a mage flier, remaining unimpeded by most forms of terrain to initiate against foes from more favorable positions than otherwise possible. Additionally, as a flier, Bridal Juno can also take advantage of the class’s own set of exclusive buffs and skills like Spd/Res Rein and S/R Far Trace.

Unfortunately, her flying status—specifically as a ranged flier—comes with numerous hindrances attached, most notably in terms of skill availability. While the introduction of Far Trace skills has offset this somewhat, the rest of her options outside of that are still quite limited as she is unable to equip several skills like Null Follow-Up and Special Spiral that would have otherwise greatly boosted her viability. Even compared to melee fliers, she is unable to utilize useful assets like Dive-Bomb or Odd Tempest. This combined with her lack of a personal weapon ultimately prevents her from standing out.

This also comes with a marked weakness to flier-effective damage and though this is nothing unique to Bridal Juno alone, it does make running certain defensive sets a little tricky since it creates competition in her Sacred Seal slot between the Iote’s Shield and other strong options like Heavy Blade.

With middling values in her Defense and Resistance stats, Bridal Juno’s overall bulk is less than impressive and renders her incapable of taking more than a hit or two from an opposing foe, which may pose issues when faced with sustained offensive pressure.