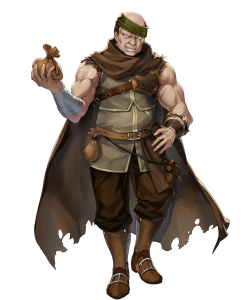 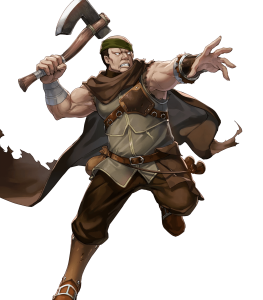 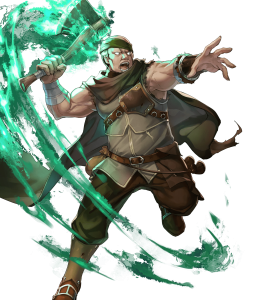 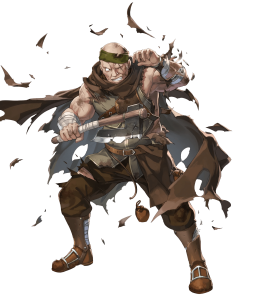 Passive A: Heavy or Flashing Blade / Atk/Spd Boosting A Slot

Passive B: Wings of Mercy / Frenzy

In any Fire Emblem game you’ll find that early game brigand enemies have one thing, and that is a big Attack stat. They may not be able to deal damage since those games actually have hit rates but you don’t have to worry about that in FEH. This big 42 with a superasset Atk stat will always hit its mark.

Brigand Boss’ status as a Grand Hero Battle unit means he will be available for purchase using Heroic Grails, allowing players to merge him and gain improved stats without spending orbs.

Not having a prf weapon is one thing but go take a look at Atlas and you’ll find a unit that is both strictly outclassing statwise and far better looking.

Brigand Boss’ uncontested worth lies in the novelty of an insignificant chapter boss goon being added to Fire Emblem Heroes. Maybe next year they’ll let us vote for Batta the Beast or 3-13 archer?