Community Posts with Keyword Chrom All 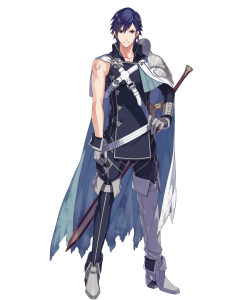 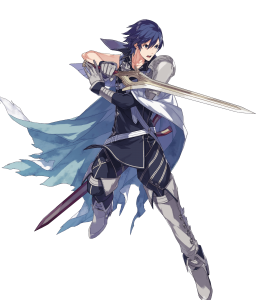 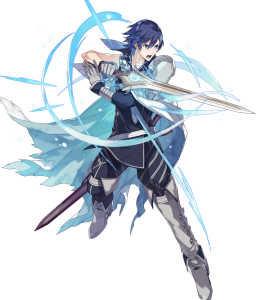 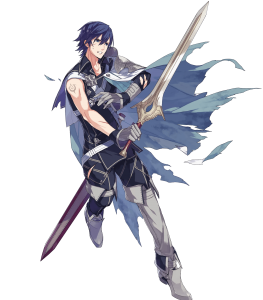 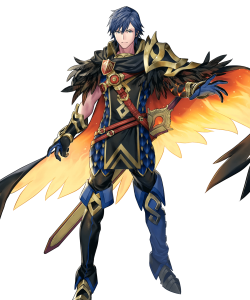 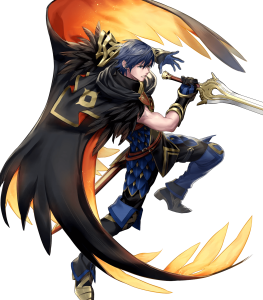 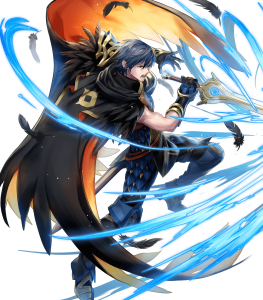 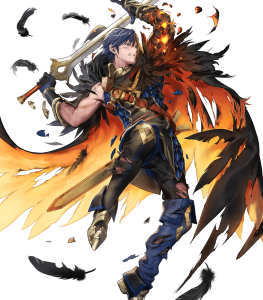 Although Chrom already had an exclusive weapon in his native Falchion, he received a new lease on life through access to his mounted counterpart’s refined Sealed Falchion. The most meaningful aspect of this weapon is its crucial ability to deny his foe’s follow-up attack, helping mitigate considerable damage and lending itself perfectly to his preferred playstyle. This also comes with the benefit of safeguarding him somewhat from foes with built-in doubles without outright needing Null Follow-Up.

Despite being available since launch, the Exalted Prince boasts rather formidable Attack even by current standards. This alongside the effective +10 Attack boost he obtains via Sealed Falchion provides Chrom excellent raw firepower to quickly leave large dents in enemy HP pools, if not outright OHKO — especially when granted the proper support and investment.

Chrom’s base Defense is fairly decent and is padded an ample amount by his high HP pool, allowing him to stand relatively tall against incoming physical threats. Although the threat of enemy doubles due to his low Speed previously made his durability against even physical damage questionable, Sealed Falchion’s built-in follow-up negation and +10 Defense boost rectifies this substantially.

The main advantage of Chrom’s infantry status is his accordingly immense skill accessibility. Although his defensively-inclined statline and lack of range renders it a little difficult to fully exploit this for greater build variety, it remains an overwhelming strength in his favor; being able to equip skills such as Special Spiral, Spurn, and Null C-Disrupt helps his performance stand out much more compared to if he were mounted.

Chrom’s current availability in the 3-4* makes acquiring merges and the ideal IV set a simple task compared to his higher rarity counterparts — a useful advantage given how well his performance scales with investment. Chrom also been in the game since launch, so most are likely to have at least a couple or more copies of the prince lying around in their barracks.

Although Sealed Falchion’s refine improved upon numerous aspects of Chrom’s design, his Resistance was certainly not one of them. With only a meager +5 boost to offset its poor base value of 17, Chrom is still incredibly fragile to magical damage and will incur substantial wounds from sources of it, making it crucial that the proper precaution is used.

Thankfully, his bloated HP pool and ability to avoid enemy doubles does lower his risk of being simply ORKO’d by a significant degree compared to before.

Infantry sword users comprise an exceedingly bloated pool of units, and their numbers are only going to continue rising as time progresses. With such stiff competition, it may be a struggle to justify using Chrom or investing in him at all—especially compared to newer infantry sword units who tend to either be much better generalists or offer stronger specialization.

Lull Atk/Def 3 isn&#039;t available but I was thinking of changing it to Lull Atk/Spd 3 anyway. This build mainly focuses on Chrom&#039;s Speed as Sealed Falchion allows him to stack it pretty well, and Fury 4 will ensure he stays with the extra +5 stats he gains from the weapon. Mystic Boost heavily offsets Fury&#039;s recoil so Chrom will be taking 2 HP as opposed to 8, allowing better survivability on top of the +5 to all stats. Spd/Res Oath is there to make his Spd and Res even better than before since again, Sealed Falchion being better makes his whole statline much more viable than previously. This Chrom is also +10 with a decent amount of flowers so your stats won&#039;t be exactly like mine but it&#039;ll pay off in the end, this has to be one of the most fun builds I&#039;ve ever done and I can&#039;t get enough of it. I&#039;ve been using this sort of build with other units and it&#039;s very effective on a lot of them, but it requires Mystic Boost in the Seal or B slot or a weapon similar to Aureola to reach it&#039;s full potential and Mystic Boost is not easy to obtain besides the Seal so you&#039;ll have to make sure that the unit you use this on is the unit you REALLY wanna use it on.

Edit: Chrom now has his Resplendent and the C skill is Def/Res Menace, however it's not listed here yet to Atk/Def Menace is used just because. Close Call with the Resplendent and enough flowers is actually viable since he'll hit 40 Spd naturally and 50 Spd with Sealed Falchion. Resplendent isn't required to make this set work but it'll help and you'll have a beast on your hands.

This build serves to make Chrom not just offensively powerful but also tanky. With the Axebreaker 3, it is also a build that was made to counter powerful axe foes, including Brave Edelgard. With the healing from both Noontime and Renewal 3, Chrom can survive in the front lines especially if there are no blue or magic units. Additionally, Reposition can help him in moving allies.

Since one of Sealed Falchion&#039;s passive effect activates when his HP &amp;lt; 100%, increasing his Attack and Defense with Brazen Atk/Def 3 can make him more powerful offensively and defensively during combat. Moreover, Threaten Atk/Def 3 can buff up his stats even more when he is within two spaces of a foe. This makes him a large threat to foes, especially green units.

The entire build itself is mostly to make Chrom much faster, you could also take it as a joke but it’s able to get Chrom to have 60 Spd on turn 1 if he’s alone and meets the required conditions for Sealed Falchion, along with having a Spd boon and being a +10 merge, which should be easy for how available he is, so he can be Fast, powerful, and Tanky to anything that doesn’t use magic.

Special: Noontime or Sol
This is to heal up Chrom every time so he won’t go down to 0 easily but still remain below 100% HP if fury is equipped. But if you have a buff build or buff team then it’s to make sure to keep him at high HP. Sol is for time pulse

A skill: Fury 4/Swift Sparrow 3/Atk/Spd Solo 3 or 4
Any of these could be run for him, Fury 4 is recommended if he’s going solo and wants to meet his Conditions every time, the other two skills are runable if using a different C slot skill than Odd Spd wave or if using a buffing team

B skill: Lull Spd/Def 3 or Spurn 3
Lull Spd/Def is the optimal choice for his slot Spd if he wants to do extra damage and be a bit quicker without anything fixing up those debuffs. You could also run Spurn if Chrom is getting a bunch of Spd buffs from someone like Brave Lucina as long as he’s 2 spaces away from her, while giving him more tank value to emphasize his wall like defense and reduce and damage, while working well with Noontime.

C Skill: Odd Spd Wave 3/Rouse Atk/Spd 3/Time Pulse 3
Odd Spd wave is for great synergy with Fury 4 and Sealed Falchion to always have the latter active at any point in the battle. However if you have Winter Bernadetta on your team then Rouse Atk/Spd 3 will work better to always have Chrom be alone. If using a buff team then Time Pulse can work best for Chrom if he’s running Sol or Noontime.

Skill A: Swift Sparrow 3
- Just the additional ATK and SPD can make Chrom two attacks plus with the Bonus from Sealed Falchion (Refined). Atk/Spd 3 or 4 could also work for this.

Skill C: Odd Atk Wave 3
- Just 1 turn and you get that bonus +6 ATK and just charge right in there. A Joint Skill could also work for this.

S Skill: Spd/Res Solo 3
- A little boost for SPD and RES for Chrom's survivability from fast units and mages.

Overall:
Thanks to the new refine, Chrom can now neutralize and the enemy cannot make a follow-up attack if he has a bonus stats. This build is for a fast Chrom, more like a Lucina but hits hard thanks to Chrom's high Atk stats. With bonuses active, Swift Sparrows 3, Lull Spd/Def and Spd/Res Solo 3: Chrom's Atk gains +16, Spd gains +23, while DEF and RES gains +10 and +11.

This build could also work for Masked Marth and Lucina who has a decent SPD.

I wanted to make an Infantry Pulser, and at the time of creating it Chrom seemed the best... Since his Falchion has a spectrum Bond refine the fitting extra's seemed to be Bonds, so to go with his strengths in his offense and defense I just chose Atk/Def. The QR2 is out of cheapness, and to partially mediate his low Speed. 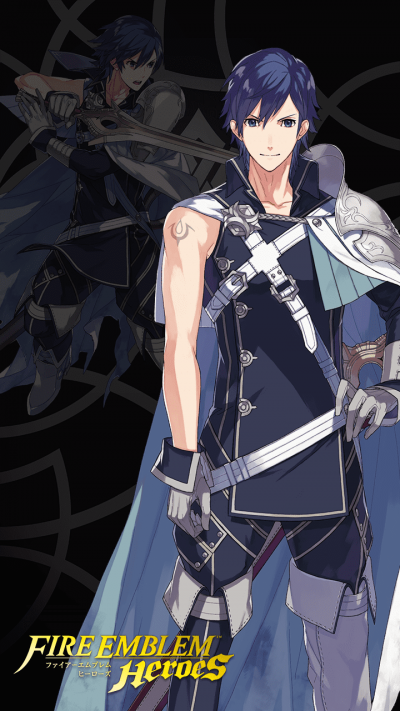