Community Posts with Keyword Clair All 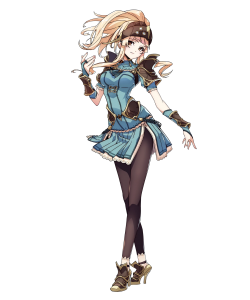 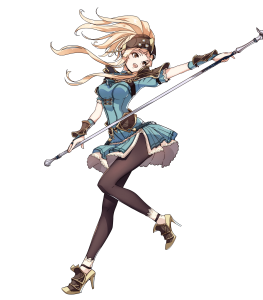 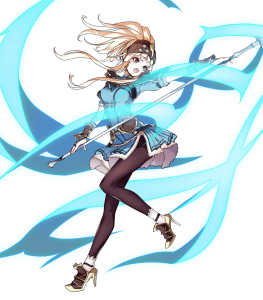 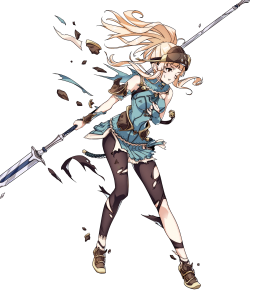 Clair’s stat spread leans heavily into Speed and Resistance at the expense of her Attack and Defense. This makes her into a rather poor duelist, so the goal with her IV is to try and mitigate her weaknesses to allow her some further utility.

Our Lady of Sweeping (Firesweep Lance)

Clair’s major weakness is her inability to efficiently duel with her mediocre Attack and Defense stats, and the best way to mitigate this is to render her defenses invalid with a Firesweep Lance set.  This allows Clair to safely attack her opponent without fearing retaliation, meaning that she is free to use her defenses as her dump stats in order to try and increase her Attack and Speed further.

While this may make it seem like Life and Death is the obvious solution here (and it’s still a very good option for her) Swift Sparrow is almost as effective, with the added benefit of allowing Clair to keep her defenses- notably, her Resistance, which she can use to land Speed Ploy and Defense Ploy on her opponent and increase her effective attack power by 5, as well as increasing her odds of being able to double her opponent.

33 Resistance is usually enough to proc her Ploy skills, but if you find yourself going up against enemies with high Resistance stats, then you may want to even consider Fury over Swift Sparrow, which still increases her Attack and Speed by 3 but also increases her Resistance to a whopping 36, enough to Ploy most infantry and cavalry units in the game.

If you decide to take the Life and Death option, then Threaten Defense for C slot and Spd or Atk seal will be your best bets- ultimately, this build will do slightly less damage and have slightly less chance to double, but you don’t have to worry about positioning her for Ploy skills.

Note that Chill Spd and Speed Ploy will not stack, but taking both will allow Clair to debuff multiple targets, increasing her flexibility when it comes to selecting her target, as well as giving her team support through means of enemy debuffs.

Alternatively, Swordbreaker in her B slot allows Clair to continue to contend with sword units who may outspeed her, such as Mia, Ayra, Lon’qu, and Hana, while Hit and Run offers her maneuverability after combat.

Iceberg is chosen as her special for a guaranteed additional 17 damage, which helps to offset her otherwise poor Attack stat.  If using Life and Death, Moonbow should be selected instead, as lowering her Resistance cuts the Iceberg damage to 14, ultimately making it not worth the extra time it takes to proc (twice in 4 combats) in comparison to Moonbow (which procs twice in 3 combats).

While this build winds up looking very similar to her Firesweep build, there are a few notable differences which makes this build function very differently.  Because Clair has difficulty stacking on significant buffs to make up for her shortcomings (namely, her low Attack and Defense), she instead uses her Resistance and B slot skill to debuff her opponent and sets them up for a debilitating Special proc utilizing Rhompaia’s Flashing Blade effect.

For a simple 1v1, Iceberg is appropriate, as it will proc on her second attack (assuming she doubles) with a bonus 13 damage- usually enough to KO a single foe. For longer, more drawn out battles, Aether is more appropriate as a Special and the Attack Ploy seal becomes far more relevant.

Clair’s Defense is a meager 24, which makes her very vulnerable to her opponent’s counterattack. While she can circumvent this with a Firesweep Lance, her Rhompaia forces her to take a hit in order to charge her special more quickly- essentially trading Player Phase survivability for the ability to function in Enemy Phase, do increased damage to Armor and Cavalry, and have far more frequent Special procs.

Because of this, she wants to ensure that she can survive an enemy counter or a situation where you may use her as a bait unit in the Enemy Phase. This is done through the use of Attack Ploy, which will debuff her opponent’s Attack by 5, provided Clair’s 33 base Resistance is higher than her opponent.  Aether also helps her to recover any lost HP from her engagements, and (assuming her Flashing Blade takes effect) it will be ready to proc after her first battle. This means that Clair can go into battle, take reduced damage due to her debuffing her opponent’s Attack, and then heal the damage taken in the subsequent Player Phase by attacking a full HP opponent.

Chill Speed, Spd +3, and Phantom Speed all help Clair to proc her Rhompaia’s Flashing Blade effect, while Swift Sparrow and Fury increase her Speed further while also boosting her poor Attack. Fury will help to make Clair more survivable but suffers in longer skirmishes, where the damage from it may not be easily healed by her Aether procs.

Clair’s stat spread and her weapon refinement make her remarkably similar to Caeda, however, Rhompaia has a significant drawback when compared to the Wing Sword- this is the fact that the most popular red armor units (Zelgius and Black Knight) harness the Black Luna special, which is capable of destroying Clair in his first counterattack.  Because of the immense threat that this poses, Clair should consider running Guard in her B slot over Chill Speed if she’s being used to counter red armors.

Interestingly, despite her poor Defense, Clair can also utilize Rhompaia in Enemy Phase, notably against dragon and mage units. Because of her higher Resistance, Clair can utilize Distant Counter well enough to retaliate heavily against many of the mages in the game, including heavy hitters like Reinhardt.  She may want to also pick up Quick Riposte in her B slot just to ensure that she can counter the faster mages who may prevent her from doubling otherwise.

This Clair trades her Player Phase attack power for Enemy Phase utility, allowing her to utilize her Resistance stat in order to counter enemy mages and dragons.  While she balks at physical skirmishes, Clair is an expert at countering magical attackers with her large Resistance stat. Her Speed stat rivals most speedy mages, and seeing as to how many of them have low Defense in the first place, her low Attack is less of an issue there.

If Distant Counter is too much of an investment, she can run Atk/Def Bond or Atk/Res Bond depending on what type of units you foresee her baiting more often.  Even those are 5 star exclusive skills however, and so Fury can serve as a more accessible option for Summoners on a budget.

Chill Def goes a long way in mitigating Clair’s poor offense, and while it’s also an expensive skill, it will make her far more viable, particularly against high-Defense armor teams.  Quick Riposte or Swordbreaker are alternatives- Quick Riposte in particular is needed if you don’t feel like her Speed will be fast enough to double normally when she baits in the Enemy Phase.

However, she is able to mitigate this somewhat with Spd Ploy and potential +SPD forges to her lance, plus any buffs that she may be able to receive. Clair’s Speed is her best stat and so she can generally forego Quick Riposte for another B slot if her Speed is supported enough by her skills and teammates.

Finally, Distant Defense is useful for those mage counters, but if you’re not using her with DC, she can run Close Defense for better survivability against melee encounters, or even use her Seal Slot to run Quick Riposte- though this does make her more fragile than she would be otherwise.

With a laughably low Attack stat and generally mediocre Defense countered by good Speed and Resistance, Clair began her foray into Fire Emblem Heroes as a remarkably underwhelming unit.  It’s difficult to make her do enough damage without proper IVs, and most of the investment into her will go into bolstering her Attack and Defense to make her a passable duelist.

Thankfully, her Speed is decent enough to avoid most doubles, which helps her defenses quite a bit and allows her to run a Firesweep build well enough to be effective.

Clair is available at 4 stars and has been in the 4 star pool for quite some time, meaning that anyone who has pulled blues for any length of time has probably run across her.

This gives users the ability to pick an IV best for her, rather than just taking what they can get.

This also means that Clair is a candidate for heavy merging, since multiple copies of her are easier to obtain than 5 star exclusive units.

Clair’s high Speed allows her to generally forego Quick Riposte on a baiting set, freeing up her B slot for skills that will help her in combat, like Chill Def or Desperation.

Her Resistance allows her to debuff her enemy by using Ploy skills, which will help her to overcome some of her inherent flaws.

Her biggest weakness is her lack of power. With 25 neutral Attack, it’s not uncommon to see Clair hitting for 0 if her Attack stat isn’t invested in.

This is mitigated a little by being a superboon, but Clair still cannot naturally break 30 Attack without merges.

Clair’s Defense prohibits her from being able to duel other units effectively unless invested in.

This locks her into using sets where she’s not anticipating many counters, such as Firesweep and Desperation.

This can also be mitigated through IVs and Forges, but at that point, another unit will likely work better than her. 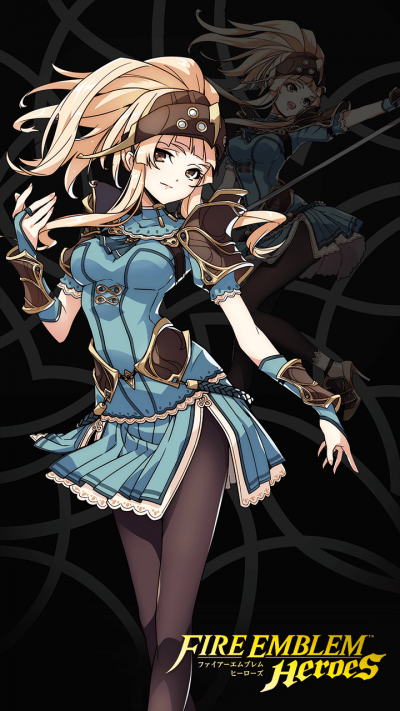