Community Posts with Keyword Clarine All 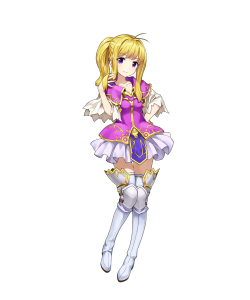 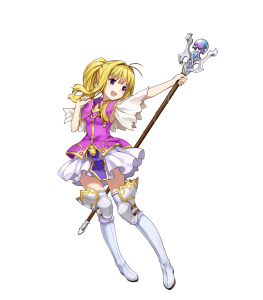 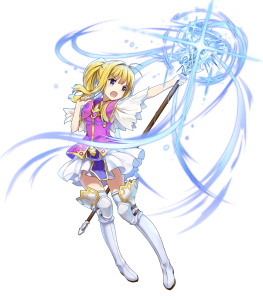 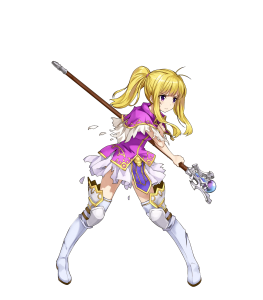 Prepare to Be Dazzled! (Offensive Support)

This set aims to maximize Clarine’s potential, by making the most out of her mobility and offensive stats. The key component is the Dazzling/Wrathful Staff combo, which effectively turns Clarine into a ranged, magical Firesweep user. This easily circumvents Clarine’s issues with her physical bulk, and allows her to freely attack the enemy without ever having to worry about their counterattacks. There is no difference between running Wrathful Staff as a B skill and a Dazzling Staff refined weapon or vice versa, so the choice is fully dependent on the availability of either Genny or Bridal Lyn for Skill Inheritance.

The choice of weapon, Assist, and Special is mostly up to preference. Pain+ combos exceptionally well with double Savage Blow (C skill and Seal), as it results in the enemy team taking a massive 24 points of damage, in addition to whatever damage Clarine dealt to her target (+10 more from Pain+). This area damage will easily knock units out of high HP threshold skills such as Quick Riposte and Guard, or even unique weapons like Celica’s Ragnarok or Alm’s refined Falchion. Alternatively, Gravity+ can completely lock down entire teams; if Clarine can get support in the form of a movement assist or Dance/Sing, then she can do this repeatedly with no chance of retaliation.

Atk/Spd Push is a powerful skill that finally gives healers a strong offensive A skill while not simultaneously limiting their mobility. However, it comes with the caveat that the healer now needs some form of sustain in order to be able to get back up to 100% HP. This is best accomplished by either running the Live to Serve Seal or Martyr+. Atk/Spd 2 gives Clarine the most offensive stats possible without forcing her to alter her build or playstyle. Atk/Spd Bond and Brazen Atk/Spd give significantly more offensive stats in theory, but can be very difficult to use given Clarine’s high mobility and this build’s intended playstyle. Attack +3 and Speed +3 are good budget options for simple stat boosts.

Savage Blow for both the C skill and Sacred Seal works very well if running Pain+, but can be replaced for other skills for more utility. A cavalry buff like Hone Cavalry works well since Clarine works best in a full cavalry team, while Spd Ploy and the Res Ploy Seal combo well to allow Clarine to provide more team support while also improving her own offensive capabilities. Finally, the Speed +3 and Attack +3 Seals are both good options to improve her offenses further. The Live to Serve Seal is a fantastic option that gives this offensive support set an excellent source of sustain, as Clarine will no longer need to rely on a Martyr+ to access self-healing without sacrificing part of the Dazzling Staff/Wrathful Staff combo.

As this is a fully support-oriented set, the IVs don’t make a huge difference. For the sake of optimization, however, +ATK will improve Clarine’s damage and healing while +RES will improve her ability to land Ploys.

The chosen weapon is entirely up to preference, but Gravity+ is a strong choice due to it’s potential in locking down entire teams. Clarine’s base Fear+ can work just fine for debuffing enemy teams in a pinch. Regardless of choice, the Dazzling Staff refine is the best choice just to keep Clarine safe whenever she attacks to apply the chosen debuff.

Atk/Res 2 is chosen to give a boost to Clarine’s healing and ability to land Ploys, while also granting a slight boost to damage. Any of the various Bond skills can also work; the ones that boost Attack work best to boost healing and damage, but keep in mind that the other stats are mostly wasted on this set due to the full support setup. Attack +3 and Resistance +3 are good budget options as well.

Clarine’s C skill and Sacred Seal are mostly up to preference. Spd Ploy and Atk Ploy Seal make great use of Clarine’s good Resistance stat, allowing her to provide more team support other than simply healing and occasionally applying debuffs. These are easily interchangeable with any other Ploys, buffs like Hone Cavalry or simple stat boosts like an Attack +3 Seal. The Live to Serve Seal is a particularly strong option for Clarine’s Sacred Seal, due to it also allowing access to Wings of Mercy.

As a cavalry unit, Clarine enjoys superior mobility compared to the majority of the other healers. She also has the benefit of access to powerful cavalry buffs, though she is arguably offensively weaker than Elise due to trading Attack for Speed. With the introduction of weapon refining, Clarine can now run an incredibly powerful set: the Dazzling/Wrathful Staff combo. This set effectively turns her into a ranged, magical Firesweep user, except that she can still retaliate when attacked.

Unfortunately, these perks come with a number of downsides. Healers have awful skill availability, as they are completely locked out of potent skills like Fury and offensive Specials like Iceberg. As a cavalry unit, Clarine has to further contend with suffering a weakness to anti-cavalry weapons and getting blocked by forests and trenches.

Luckily, these annoyances can mostly be circumvented with smart play. While Clarine’s lack of potent skills does put a significant damper on her potential, her access to the powerful Dazzling/Wrathful Staff combination can make her a dangerous threat. Add in her excellent cavalry mobility and access to cavalry buffs, and Clarine is a powerful unit that demonstrates why healers should no longer be underestimated.

This set is unique to healers and allows them to function as ranged, magical Firesweep users who can also counterattack when attacked. Clarine is better at this than most other healers due to her cavalry mobility.

25/33 isn’t particularly good as far as offensive stats go, but Clarine is saved by her access to cavalry buffs and the power of the Dazzling/Wrathful Staff combo.

As a cavalry unit, Clarine enjoys superior mobility as well as access to powerful buffs like Hone Cavalry.

Clarine’s presence in the 3-4 star summoning pool means that she is easy to obtain, especially if searching for optimal IVs or multiple copies for merging.

Clarine’s status as a healer locks her out of a huge number of strong skills. Furthermore, the skills she wants to create her best builds (such as Wrathful Staff and Atk/Spd 2) are very difficult to come by.

Clarine has 57 physical bulk at neutral, which is just barely enough to occasionally survive a single hit from enemies. However, her ideal IVs end up lowering her physical bulk, unless willing to sacrifice her ability to run Ploys with a -RES bane.

A debuffing healer? In my Horse Emblem? It's more likely than you think.

Atk +3 is taken to aid in boosting the heals from Martyr+, enabling Clarine to heal 20 HP on her allies without having taken any damage herself. Escape Route synergizes well with her average Def, Res, and Spd, meaning she can take a hit and teleport off to her allies to give them an increased amount of HP.

Has pain + with dazling staff built in so they cannot counter attack. +3 attack just for more staff damage/higher heal with physic+. With both savage blows and pain+ i call it the tenderizer. Does good staff damage to target, then an extra 10 damage followed by 24 damage to all enemies within 2 spaces. Only downside is an enamy with vantage otherwise its super nice support

A budget build. Self explanatory, correct? It's to make use of her innate survivability while being good at chipping. 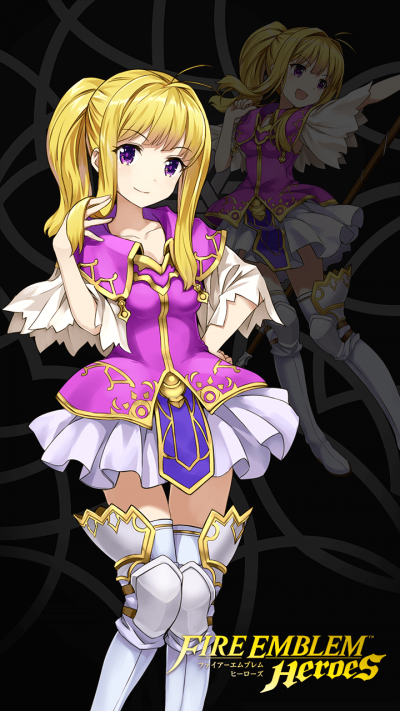