Community Posts with Keyword Clarisse All 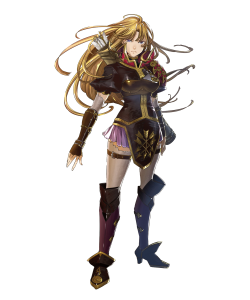 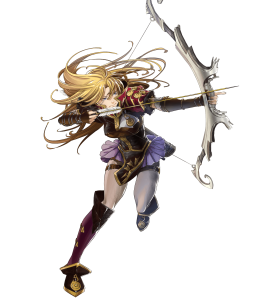 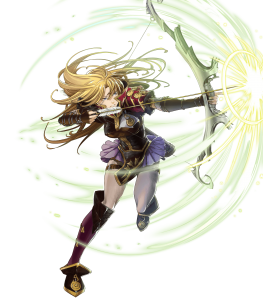 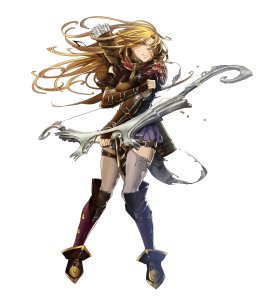 Update 4.6.0 breathed new life into Clarisse, giving her a personal weapon refine called Sniper’s Bow. If Clarisse’s HP is ≥ 50%, she gains +4 Atk/Spd during combat, and if she is within 2 spaces of her support partner, the enemy cannot counterattack. In addition, after combat, Clarisse inflicts 7 damage and -7 Atk/Spd to her target and enemies within 2 spaces if she attacked. With this, Clarisse can take on a multitude of roles, including general offense, support via chip damage and debuffs, and Vantage sweeping, as her chip damage activates on Enemy Phase (unlike Savage Blow).

As an Infantry unit, Clarisse rarely needs to worry about effective damage. More importantly, Clarisse also has access to skills such as Null Follow-Up and Lull Spd/Def to increase her offensive consistency and survivability.

Being a free-to-play unit comes with a couple advantages. Clarisse’s GHB is on a weekly rotation; even if players missed Clarisse’s GHB’s initial run, they have the opportunity to still obtain 2 3-star copies and 1 4-star copy of Clarisse every Thursday, making her a very accessible unit. Players can also trade in Heroic Grails to buy 4-star copies of Clarisse as opposed to having only a small chance to summon her with Orbs.

31 Attack and 34 Speed just isn’t enough to keep up with Gen 2 units, let alone Gen 3 and Gen 4. Without Attack and Speed support, Clarisse may find herself struggling to perform follow-up attacks and deal meaningful in-combat damage.

37 HP, 25 Defense, and 20 Resistance sums to horrific 61 physical and 56 magical bulks. While this can be circumvented through Sniper’s Bow’s counterattack prevention and -7 Atk/Spd debuff, Clarisse will rarely be able to survive a hit from units that can nullify that effect. She’ll also struggle to perform well on Enemy Phase without Vantage.

While Sniper’s Bow’s counterattack-prevention effect is great for circumventing Clarisse’s terrible bulk, whether or not Clarisse activates it is dependent on whether she is within 2 spaces of her support partner. This can be difficult at times, as not only is it difficult to lock Clarisse to a specific teammate, if her support partner is also offensive, they may find themselves separated in an attempt to pursue enemies far away from each other.

While being a free-to-play unit comes with advantages, it also comes with drawbacks. If players are already using their Heroic Grails for another free-to-play unit, they may find it hard to justify merging Clarisse, as they cannot summon her with Orbs.

Despite a solid refine, Clarisse still faces competition from Colorless Archers widely considered to be much stronger, including Legendary Alm, Winter Marth, and Legendary Leif.

Good evening, this is the build that I devised when seeing your new weapon, sincerely it is very good, I recommend making S Support with any unit that may have Infantry rush 3 in C and Drive Atk 3 in S.

With that you could have a very strong offensive, especially since (most) of enemies cannot counterattack.

"The huntress sets her trap and lays in wait for the unsuspecting prey. But the best snipers always draw twice, for when the first mark is met more are sure to come."

This build aims to make Clarisse a solid member of any team as a debuffing reliable damage dealer. Poison Strike 3 and the double Savage Blow 3 let Clarisse do a guaranteed 10 dmg to her target and 14 dmg to any nearby enemies after every initiation while Clarisse's Bow+ reduces their atk/spd. A (+atk) refinement is the best option as it directly increases the damage dealt by Growing Light and Darting Blow 3 bumps her spd up to 40, allowing her to reliably double most enemies. The assist skill is entirely up to personal preference, though I recommend a rally skill.

No merges, as I never bothered to merge her.

This Clarisse was a Pseudo Sothe before Sothe existed. Same premise, same idea, different character. Upside is that she has much higher def at the beginning of the fight.

With her partner, Jeorge, who runs what I believe to be a rally for her def and res with a spd and atk spur, she gets +3 to her defenses and +4 to her atk and spd, along with +2 from their ally support. You get +7 from def smoke (counting the def lost by the enemy as a attack boost), same for the atk and spd smoke 2 (+5 def and res/+5spd) effect from her weapon. It all equates to about:

Not bad, takes a fair bit of setup, but she's not bad at all.

You maybe is asking yourself "Why this stupid guy use her instead a OP bow unit?"
With a bit of love she can be as dangerous than those op archers. Just will cost a leg, a arm, and maybe a soul, but i'm fine with this.

Cocobow+Swift Sparrow combo is very strong, adding Odd Atk Wave will make you first blow hit harder. Basically her stats jumps to 56 ATK & 52 SPD, and if you put her aside a allie supp her stats increases to 58 ATK & 54 SPD when initiating.

Actually these stats are with a +2 Clarisse.
In my team comp i'm using 2 infantry pulse+QP Seal to make a 2 charges Aether. Using this second set will down your SPD to "only" 49 when initiating, but is enough for me.
There other option that i haven't tested yet, with Dull Close and Dull Ranged, but i need get this units at first. >.< 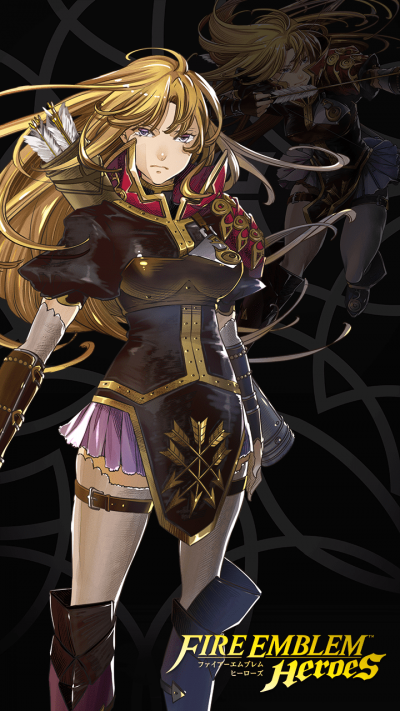