Community Posts with Keyword Claude All 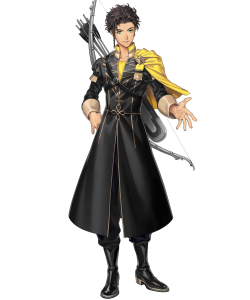 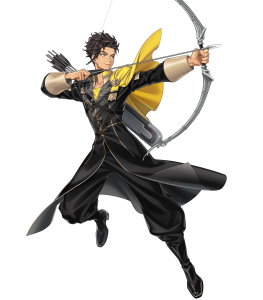 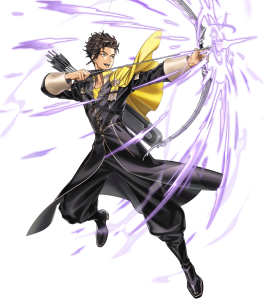 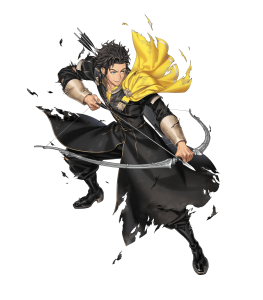 Claude’s access to class-exclusive buffs and exceptional mobility on top of Cunning Bow’s high damage potential allows him to excel in the Player Phase — and this build aims to capitalize on just that. Accordingly, an Asset to either one of Claude’s offensive stats will be his best choice here, with a +ATK IV being preferred over +SPD to maximize his damage output (especially given how fast he can become from Cunning Bow’s various combat boosts alone). Ultimately, however, both are excellent options in the long run.

Claude can also make great use of a standard Firesweep set, trading in his PRF’s high damage potential in exchange for the more specialized and safer offensive capabilities of a Firesweep weapon. However, since the intended playstyle between this build and the first remain largely the same, an Asset to either one of his offensive stats is once again highly recommended, though it should be noted that a +SPD IV is preferred over +ATK due to Claude’s reliance on follow-up attacks for his damage output.

The charming (and notoriously flirty) leader of the Golden Deers, Claude: The Schemer makes his debut appearance as a colorless bow cavalier sporting an assortment of traits that define him as a potent threat in the Player Phase.

Statwise, he boasts a top-notch offensive statline of 33/37 that distinguishes him as a standout amongst his peers, providing him a strong foundation for dealing damage (especially when taking his access to class-exclusive buffs into consideration), and his bulk isn’t too shabby either. While not particularly outstanding, it’s generally enough to safeguard him from the risk of being outright OHKO’d by an opposing foe, regardless of the type of damage they deal. His effectiveness is only added onto further by the power of his unique personal weapon, the aptly named Cunning Bow, which applies a considerable -5 in-combat debuff on all of his opponent’s stats upon fulfilling its relatively simple activation requirement; it also grants him a passive Speed +3 for improved doubling potential. When combined with his effective five-tile range, these aforementioned factors make Claude a fearsome offensive force.

Claude’s main weakness lies in the limitations imposed upon him due to his status as a cavalry unit, with hindrances such as hampered mobility on certain maps and poor skill availability detracting from his overall potential to a significant degree; the introduction of Lull skills has made the latter not as much of an issue as it once was, though it’s still very much prevalent. His frailty to cavalry-effective weaponry can also prove to be a serious problem for him as well depending on the map in which he is deployed. Furthermore, while his overall bulk may be surprisingly decent, this is largely attributed to his relatively good HP pool for an archer and not his actual defensive stats, both of which sport incredibly low base values. This makes him quite fragile to any sort of sustained offensive pressure and consequently limits his functionality to exist primarily in the Player Phase.

Overall, Claude is certainly a capable unit who can shine when played to his strengths, making for a welcome addition to any team composition looking for a formidable offensive nuke.

Claude’s unique personal weapon, Cunning Bow, is the key behind his excellent offensive capabilities; assuming one can consistently fulfill its activation requirement (which is a rather simple feat given his access to class-exclusive buffs), this weapon grants him the edge in any battle and translates to a significant improvement to his damage potential, as well as his overall survivability.

His base offensive statline of 33/37 is one of the strongest amongst all bow cavaliers and inherently makes him quite proficient at both dealing damage and consistently performing follow-up attacks against opposing foes.

Although he definitely shouldn’t be attempting to perform as a tank, Claude’s overall bulk is generally sufficient enough to let him safely take a single hit from an opposing foe; his PRF’s ability to apply a -5 Attack debuff on his foe also aids him in this task.

Claude’s exceptional mobility and access to class-exclusive buffs are both crucial strengths that help solidify his considerable offensive potential even further.

As a cavalry unit, Claude is plagued by a debilitating weakness to cavalry-effective weaponry, impeded mobility due to certain terrain, and limited skill availability, hindering his overall potential substantially.

Claude’s low defensive stats make it a priority to keep him out of harm’s way in the Enemy Phase, as any sort of sustained offensive pressure can quickly take him out of commission.

Swift sparrow is there to synergize with lul spd/def, this creates a net swing of 9 atk &amp;amp; 10 spd on initiation assuming you have swift sparrow 3 fodder.

Even Def Wave &amp;amp; Chill Atk 3 allow Claude to activate cunning bow on his own during even numbered turns. This particular combination is there to cover for his low physical bulk, however you can swap def wave for res wave if you want him to take down mages instead.

This way he has a high chance of taking down the enemy team&#039;s offensive threats, and assuming that the unit with the highest attack is a physical wall, you can run luna or moonbow instead of glimmer, however, glimmer is usually the ideal special due to the massive swings in stats that Claude is capable of creating.