Community Posts with Keyword Cordelia All 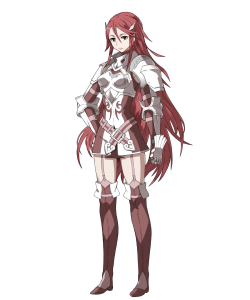 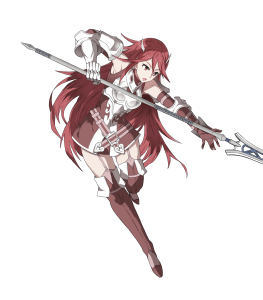 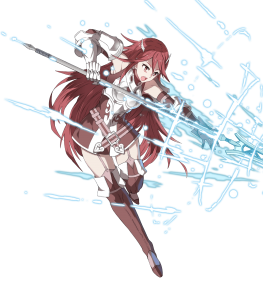 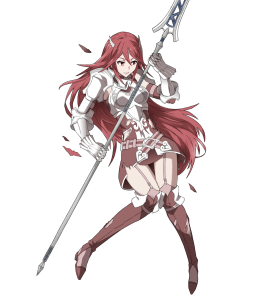 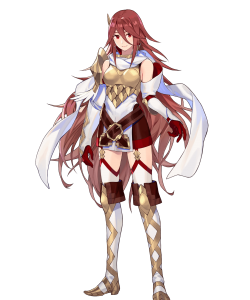 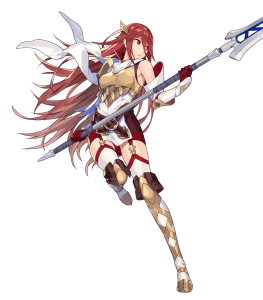 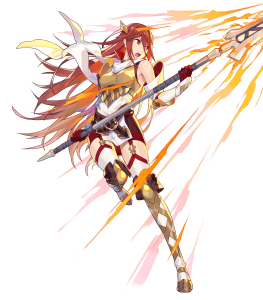 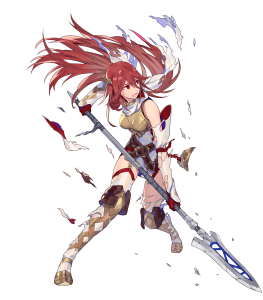 Speed is her best boon, being the best help towards her optimal Firesweep Build. Doubling foes is more important than hitting harder, as most of her damage comes in the second hit. However Attack is her second best choice, and just as good as Speed when it comes to Brave Lance builds. In comparison, the rest of her stats don’t matter at all.

Her solid offensive stat distribution of 35/35 attack and speed enable a number of builds on her, many of which incorporate high-Speed player phase nuking. This ranges from relying on her personal weapon, or switching to either a Slaying Lance or Firesweep Lance depending on circumstances.

Being able to fly is huge for Cordelia. She can soar over water, forests and mountains. This gives her a lot of extra attacking opportunities that melee units don’t normally have. It also means she can use Hit and Run more effectively, as it is very likely she will be able to retreat backwards. She can also make use of the powerful Firesweep Lance, and take advantage of Flying class buffs. Thanks to their unrestricted aerial movement, Flying class buffs are very easy to apply compared to others.

Cordelia's personal weapon is essentially a slightly more powerful Brave Lance, with a reduced speed penalty. When further considered with her offensive stat distribution, she is able to attack 4 times against her foes. Her special refine also provides even more attack and speed, which further increase the likelihood of landing quadruple hits on the opponent.

Cordelia has relatively poor defenses (both physically and magically) and is unsuitable for receiving attacks. Her kit is designed to kill an enemy unit before they can retaliate- and if she can't, she's in trouble.

Cordelia's Lance when refined for its unique effect, only provides stat bonuses when her health is beyond 70%. For a relatively frail flier such as Cordelia, this meant that the special refine does not work very well with Desperation, which requires the unit to be below 75% health. This meant that players who are planning to build Cordelia would need to choose between a short-lived but potent effect, or a weaker but more consistent playstyle by opting for other refines instead.

Cordelia like many fliers, are weak to effective weapons. The most common of these weapons are bows, which are relatively common. It is important for Cordelia to avoid combat against these foes.

(Unable to put Dive-bomb as the B slot, oddly enough).
This is a very premium build for a f2p unit that happens to synergize very well thanks to the arrival of Dive-bomb, which actually compliments the HP threshold for her refine. Life and Death 4 for the A slot and 3 for the sacred seal would give her a higher potential, but at the cost of soaking debuffs and leaving her completely vulnerable when facing retaliations she would normally survive.

Since her weapon's unique refinement requires her to be above 70% of her HP at all times to get +4 to her offense into combat, Mystic Boost is a must just so she heals a bit of her HP after every combat she initiates. +Atk is much better than +Spd as there's rarely any units that can survive two hits from Cordelia, and if they do survive chances are they're just units you can't naturally kill in one hit anyway no matter how hard you try.

Cordelias prf dont combo whit desperation.
The old meta was to use firesweep lance, and having a chill skill in B-slot
whit the use of Windsweep and her prf weapon brave effect Cordelia Cordelia can still be safe when attacking, whit out the need of running desperation.
Running desperation would allow her to quad hitting, but it will rarely be needed.
While losing the +4/+4 from her prf, and having to drop below 75% is going to be more risky since her low bulk. The few times she will not be able to kill a unit she will not take any retaliation damage, and there is no need to try to put her in to the 75% threshold

Boon: Str
Bane: Anything other than Spd tbh
Seal: Phantom Spd, because l highly doubt you are running that on any units so no competition.
Idea: Same as her Firelance set but can enemy phase as well. Yeah, that is all. She cannot quad, but can safely stay above the HP threshold for the +4 Mt on her lance. Luna over Draconic Aura because she is not colorless so Draconic Aura scales awfully against weapon disadvantage (greens). 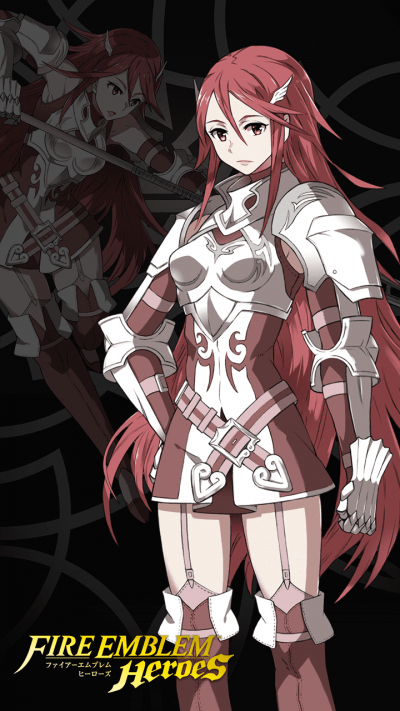 How do you pick your Summoner Supports?
Out of idle curiosity at work, I just up and windered how everybody picks the units…
Where can i find newest HM Farming Guide for Rival Domains?
Is there a special Discord for this? 3 posts - 3 participants …
Knoll... Just Knoll
Heyyyyy I just noticed that out of all gen 5 units that I added as merge projects…
Coco IV and Birthday Luck
Ever since 2018 when I got a +Atk Ophelia, Flora and Silas in 50 orbs, I’ve clung to…
Advices on Balthus & Yuri builds + usages
Hello everyone ! I’m looking for advices on builds for Balthus and Yuri, and on some…
Read More