Community Posts with Keyword Fae All 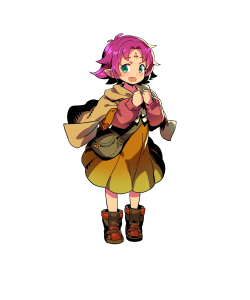 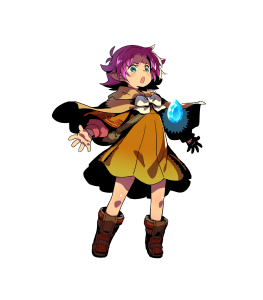 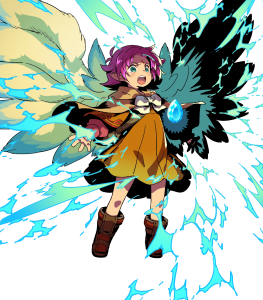 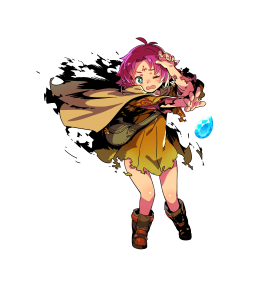 Eternal Breath’s condition is extremely easy to maintain. She grants herself and her allies +5 to all stats by having her allies to be within 2 spaces of her. Although there are other sources of visible buffs with a higher payoff such as those of Tactic and Link skills, Eternal Breath thrives in its simplicity. The cooldown acceleration on damage for Fae is also a welcomed addition, as it either allows Fae to charge up a 2 turn cooldown special at every single retaliation hit in the enemy phase, Fae can charge a 5 turn cooldown at every alternate hit.

As an infantry unit, Fae can leverage powerful B skill options such as Null Follow-Up, Null C-Disrupt, and Special Spiral. Wrath is also an option if Fae needs an extra bump in firepower.

Fae is a unit that is generally not difficult to come by due to her low rarity. As the buffs from Eternal Breath comes from her base weapon rather than her refine, Fae is a strong candidate for any newer players to have visible buffs on their team if they lack the resources to inherit visible buffing skills such as rallies, tactics, and links.

Fae has good HP and Resistance and decent Defense. This enables Fae to be a rather durable unit in the enemy phase.

As a unit available from launch, Fae’s stat distribution is not very well optimized compared to modern units. In particular, most launch units had the tendency of having too much HP, which can be argued to be the worst stat to have as it is effectively halved if the opponent follows-up. Unfortunately, Fae falls into this category; too much HP and too little SPD.

While Dragons recently received some help in the form of inheritable weapons and new skill (Dragon’s Ire), barring Spring Idunn’s Duo Skill, Fae is weak to dragon-effective weapons. The unfortunate reality is that these effective weapons are extremely common in the game, and Fae will need to be extremely cautious when running into such users.

Fae's Eternal Breath offers a lot of flexibility in terms of supporting. There aren't too many units who can compete with giving "blue numbers" to all movement classes just by sitting in the backline. Incidentally, the most important thing to consider under these circumstances is to avoid turning Fae into a generalist-support hybrid. Eternal Breath does augment Fae herself in terms of combat ability, but it hardly gives her enough "cheats" to compete against current generation units.

My approach to the matter is to essentially turn Fae into a "backup Brave Lucina." This is a somewhat contentious descriptor, but when you consider C and S-slot options, your choices matter, even if it's just in PVE content.

What this all really boils down to is one question: which available Seal do you have that isn't already being monopolized by other support units? Since Eternal Breath affects all attributes, you have a lot of wiggle room in terms of which attribute you want to specialize in.

In my situation, I have Rinea running a "triple Distant Guard" build, which she is only capable of doing herself. Due to this, I have opted to use double Close Guard on Fae. Don't let this stop you from considering running any other combination of Drives, Spurs, and other effects, but just remember to consider your barracks, especially when playing in modes such as Arena Assault.

Similar to Brave Lucina, use Shove over Smite to keep the supported unit within your support range. Using Escape Route can give you some interesting movement options, especially since Fae, statball that she is, is much more difficult to take down compared to Brave Lucina. Running Fury can help you reach the Escape Route threshold.

Since she has some innate special acceleration, you can consider using Aether, but in terms of supporting, it's unimportant overall.

She has no true specialty in terms of combat. You could run a Neutral asset/flaw and it won't matter much. ATK asset will affect Aether's scaling, while DEF asset acts as a superboon to bring her physical bulk in line with her magical bulk.

I don't have much to say... started building my res boon fae and I was running low on fodder. Aether and Renewal are there to balance out HP lost by Fury, letting her take most hits (especially from magic users thanks to Deflect Magic ) while still dealing a reasonable amount of damage. Threaten Def is there for the turn after she gets attacked- gives her and nearby meelee allies the opportunity to deal more damage to foes who're within 2 spaces (Threaten Atk is her B slot skill and it worked just fine when I used it too).

Giving Fae enough health maybe 50 or more. If you pair her up with a tank and make them support along with a dancer you can add up to 30 health to a tank in one turn. Sol and Renewal keep her health up and if you pair that with an HP boon and continue to boost her health she can get up to 60 or more with summoner support. This makes her an excellent pocket healer that can hold her own against almost anything with buffs.

Trying out a spin off Lu Bu memetic Wrath Fae build to prolong prior speed investments. May be good candidate for Atk and/or Spd Smoke. DD seal mostly for Reinhardt, but could maybe run a Bond, Stance, or even a Boost seal.

5* +6 build. Was a budget build, though I recently gave her Aether. Never looked back since. She's useful in every mode, and she's S rank Ally Support with Nowi. 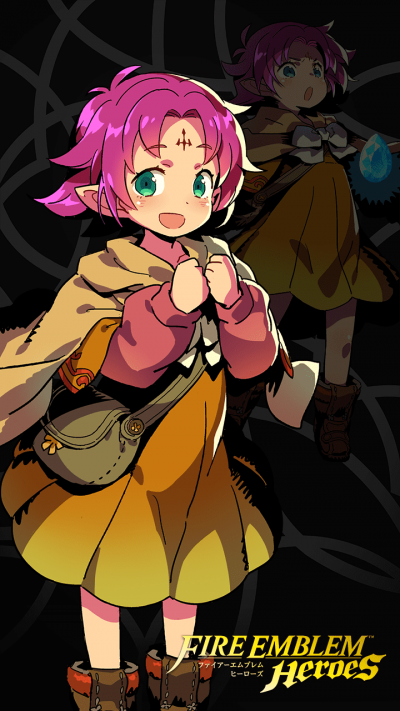