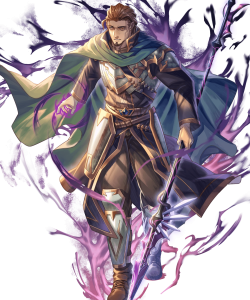 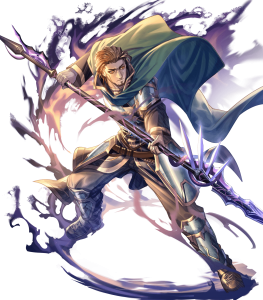 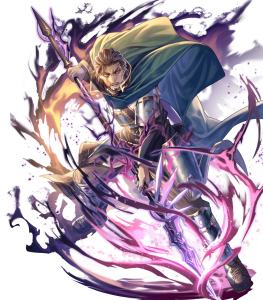 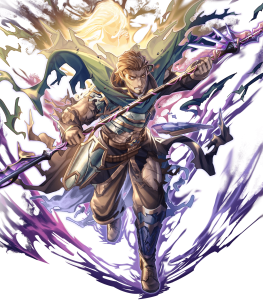 Starting out with a base Atk of 38, Orson will have more than enough ease to take out a lot of his foes whenever necessary. This is only further complimented by his PRF, Bereft Lance, as that can further bolster his Atk by a good amount. Likewise, having a base Def of 36 means he can make for a good physical tank, especially since his PRF can grant an upwards of nine additional Def with a minimum of three thanks to the first part of the effect.

Despite being a relatively good physical tank, Orson will have to make up for his base Res stat as it sits at a measly 23 base. However, with the right amount of investment, as well as taking his super boon in Res, he can more than make up for the fact that it’s as low as it is.

Bereft Lance’s ability to grant additional Atk and Def is relatively nice to have around. However, because it requires him to be away from his allies as much as possible, he won’t be able to take advantage of much ally support so long as he has his PRF equipped. He can, thankfully, have up to one ally near him as it won’t negate his secondary conditional.

Orson is an interesting unit, maybe not too interesting in the battle department, since we have already enough slow lance cavalry units (I still don't know why he is a lance unit, when in the game he is from he wields a runesword, but I'll admit his lance looks cool), but in his story, he is quite an interesting character, one whose story is tainted by tragedy and madness, so, seeing he doesn't get much attention when his story and his artwork are so cool feels really bad.

His bereft lance forces him to play alone, so, he will be a unit that strives with this playstyle. We'll run him as a suicide lead. He will try to deal with dangerous units on the first turns of battle. Because of this, he will run atk/def ideal and atk/def menace, the +15 to Atk/def will allows him to deal with dangerous units in the opponent's team. In the best case scenario, Orson will deal a lot of damage, survive a phisical hit and then deal a second one, activating the galeforce and allowing him to defeat another unit while he keeps that boost to atk. Quick riposte is key for this to work, after all, he is quite a slow unit, so, activating galeforcve would be difficult on that first turn.

Returning to his weapon, bereft lance will boost his atk/def +6, leaving his atk at 78 or 84 effective atk against the one that was debuffed by the menace skill, quite an impressive number, and since he will be in a solo condition, he will neutralize the opponent's buffs (this allows him to proc heavy blade even against heavy hitters.)

I guess this unit doesn't stand out too much, but thanks to his bereft lance, I feel he has some niche he can have, and that allows him to shine a bit. After all, the victory could be paved in this madman's contribution, and for a unit like this, that's quite a deal

Highest effective attack in game
Basically, what is the highest effective attack in game, the only rules are that 5…
FE 3H: The (house) affinity compendium
So, I like matching my blessings in FEH to the unit’s affinity in their games, since…
HOF Brunnya time. Anything else I need?
So I was pretty lucky, and this is what I have so far. I have NFU fodder, so I might…
Leads for Legendary Candidates
Here are the only units left pretty much that can be Legendaries: If they go with…
I'm thinking of surrendering before I even try
@supersoren Screenshot_20210623-141352_Fire Emblem Heroes1080×2166 1.27 MB Screenshot…
Read More