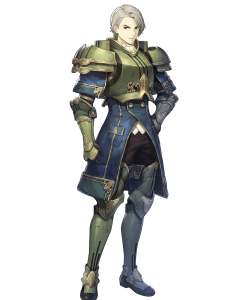 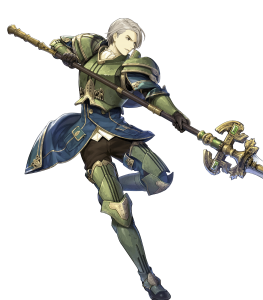 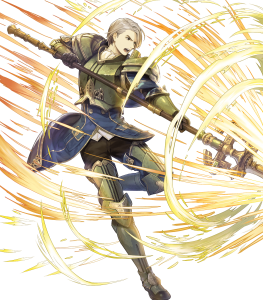 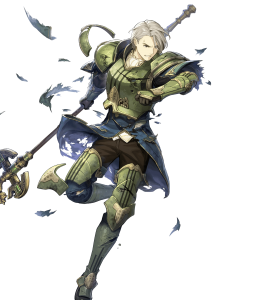 The Traitorous Knight boasts surprisingly high Attack; with a base value of 41, his damage is more than respectable and allows him to easily take out significant chunks of enemy health with one hit. While not quite as impressive, Fernand’s physical bulk is another noteworthy feature that allows him to stand tall against physical threats and fulfill a tank role against such foes if so desired.

Fernand’s cavalry status lets him comfortably enjoy the advantage of extended range and mobility, which lends itself well to more aggressive Player Phase playstyles when attempting to exploit his good damage potential. Additionally, this also provides access to the Trace and Lull skill lines — both of which can do a great deal to patch up his performance — as well as class-exclusive support, such as from Goad Cavalry.

Fernand also does suffer a bit from his cavalry status, as this inflicts him with a devastating weakness to effective damage and hampered mobility on maps with certain terrain (e.g. forests and trenches). He also has somewhat pitiful skill accessibility beyond the aforementioned Trace and Lull skill lines, which are certainly useful but not capable of single-handedly making him worth using given the plethora of cavaliers who can utilize such skills to greater effect due to their more modern statlines and/or exclusive skills.

His statline is unfortunately quite dated despite his recent introduction; while his Attack and physical bulk are solid, his Speed and Resistance are conversely quite pitiful. This combination poses a considerable issue for his performance across the board, as his Speed makes him take more damage due to being susceptible to follow-up attacks (which in turn allows his opponent to quickly access their Special) and his Resistance renders it difficult to justify using him as a tank in the current competitive modes given the abundance of magical damage.

Alongside his lack of a particularly unique quality in the form of either a PRF weapon or skill, Fernand struggles finding a place in the current meta — but hey, at least his art is phenomenal.

Outside of a Near Trace skill (which I wasn't able to put in the build, thanks gamepress) this set is low-investment and takes advantage of Fernand's stellar attack to thwack foes and get the hell out of there. Death Blow helps with damage, obviously, but also assists in activating Heavy Blade, allowing Fernand to hit with Moonbow for the second hit. Stats assume 7 dragonflowers and +6 merges.