Community Posts with Keyword Finn All 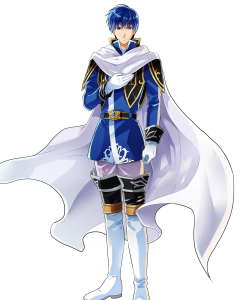 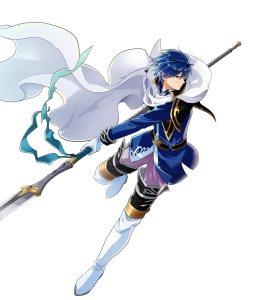 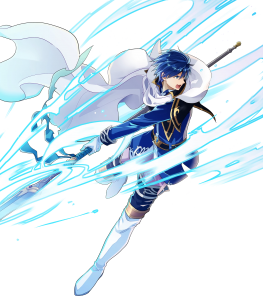 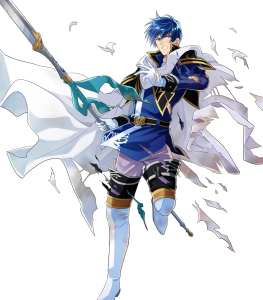 By Your Side (Player Phase Nuke)

Finn is a free Tempest Trial unit given out at 5 stars. This makes him accessible for anyone who wants to merge him up for a serviceable cavalry unit.

Finn's new prf weapon and refine has breathed new life into him, granting him a drastic upgrade from his native Brave Lance with a weapon which still strikes twice, while offering him higher Speed and a debuff to his opponent's Atk/Spd/Def, while neutralizing opponent buffs to Atk/Def.

With his Loyalty Spear, Finn can easily reach Speeds of above 40, allowing him to quad attack many of his opponents.

Interestingly enough, the Loyalty Spear's -4 Def/Res penalty is basically erased due in its refine, as it debuffs his opponent's Attack by -4.

Finn's Resistance is very poor, and even worse with his new Loyalty Spear equipped. He needs to be able to oneshot enemy dragons or mages, because their counterattacks will generally wipe him out.

While Finn's refine is spectacular, especially for a free unit, he's still hauling around early generation cav stats, giving him an offensive statline of 34 Attack and 33 Speed. It's entirely possible that Finn will deal 0x4 damage to any tank he comes across simply due to his lower Attack, and he will have difficulty quadding his more modern opponents, despite his lance offering him even more Speed.

Weapon: Instant Lance+
This one itself is pretty self explanatory, Instant Lance (in my opinion) is one of the strongest inheritable weapons as it gives the unit the Impact effect, which, combined with Finn's decent speed stat means that characters who rely on auto doubles such as B. Hector will have a harder time taking him out on his own, plus the additional Attack and Defense gained from initiation is always a boon.

Assist: Flexible
Since he is serving as a frontliner, Finn will rarely have to come back and mess up his team's positioning with a positional assist. You can of course run no assist on him at all, which is perfectly fine or if you want to use a Rally Skill and set up a rally trap, that works too. It doesn't really matter that much, but I prefer to keep a positional assist as you never know when you might need to bail out your allies if the enemy gets smart with their positioning.

Special: Galeforce
Surprisingly, for a Gen 1 Cav unit, Finn has a rather decent Attack stat, meaning that he can take advantage of Heavy Blade in the Sacred Seal slot and proc Galeforce in a single turn of combat (assuming the foe doesn't have follow up prevention), even if he fails to proc it in a single round of combat, his decent defense stat (this includes the use of the other skills) will guarantee that he survives against something like B. Hector or F. Edelgard since he also prevents follow ups with his Instant Lance, as he will go in for round 2

A Skill: Atk Def Solo / Atk Def Push
Finn wants to maximize his Attack and Defense as it will not only allow him to proc Heavy Blade more often, but also allows him to survive his encounters and fight again (with the help of dancers or Galeforce). Ideally, you want to use Atk Def Solo as you want to avoid having the recoil damage from Atk Def Push, but that isn't to say Atk Def Push is unusable since you can set up Wings of Mercy shenanigans if you choose to do so, but the priority should be increasing his Attack and Defense.

B Skill: Near Trace Skills / Hit and Run / Drag Back / Lull Skills (Flexible)
There are two paths that you can choose when going about this Finn build. If you want to maximize his mobility in attacking the enemy, then you should use trace skills since the AI will force Finn to move back a space which can put him in range of nearby dancers (alternate options are Hit and Run or Drag Back), or if you want to maximize his Heavy Blade proc then you can use Lull Skills, ideally Lull Atk/Def since this will give you the ability to neutralize bonuses to the foe's Attack (increasing your odds of proccing Heavy Blade as well as increasing your survivability) and allow you to hit them harder as well.

C Skill: Atk/Def Menace
Atk/Def Menace is honestly the ideal skill you want to use in this scenario with no real competition. The ability to not only deal a massive debuff to the foe's Attack and Defense, as well as increasing your own stats is almost too good to pass up. Obviously, some characters can still neutralize these bonuses, but this is where Finn's decent stats come in, which means that the opponent will have trouble not only surviving because of Finn's decent Attack stat, but they will also have trouble killing him since Finn has workable Defense

Sacred Seal: Heavy Blade 3
This one is pretty self explanatory, in order for Finn to proc Galeforce in a single round of combat, he needs to be able to have more Attack than the foe (which is easier than you think if you're this willing to invest in him) and he needs to double. Once again, this skill is crucial to hit that 5 cooldown marker in combat. Note that Special Fighter and other guard effects will still prove troublesome, but these units don't usually have enough speed to outspeed Finn so you'll usually hit twice, and with the help of dancers, you should still be able to kill the opponent and gain access to the enemy backline.

The product of extremely good luck in the Hall of Forms, the set is fairly straightforward. With cavalry or tactics support (as always adjust the C skill accordingly) Finn reaches 68/52 offenses at +10 with full dragonflowers, which is generally enough to proc heavy blade and attack most targets twice, with the second attack activating Ruptured Sky. Combine this with Lull Spd/Def and you have a monster that will eat most targets alive. If still concerned about units with higher attack/speed/defense ruining your day, adding chill/sabotage/ploy/Aversa support nullifies most anything else.

Note: Like most units, does not work particularly well against Null C Disrupt Brave Ike.

A fast, hard hitting tank...
Deft Harpoon offers additional atk and spd alongside atk spd solo to bring his spd up to a respectable 41 spd and 54 atk. This will help him double and take down most units.

The def+ Deft Harpoon coupled with Close Def 3 gives him 42 (44 if health is full) defense making it extremely difficult to damage him, through physical attacks. Along with the passive healing from mystic boost, Finn will pretty much always have full health, allowing Deft Harpoon&amp;amp;amp;#039;s weapon effect to remain active.

Moonbow was chosen for it&amp;amp;amp;#039;s fast cool down however, you can use ignis instead if you want to channel his sky high defenses into offensive power.

I held a vote in a few Discord servers I'm in on which unit I should build, and out of 15 (including a perfect IV Hana), Finn came out on top. Since I don't have the money to build a completely optimal Finn, and since orbs have become increasingly harder to come by, I had to get a little creative with this build.

Brave Lance+ is chosen as the weapon of choice, as it's the weapon Finn comes equipped with. It works decently with his stat spread, but it can become a weapon of mass destruction if utilized properly.

Finn's assist is Reposition. As a unit who can move 3 spaces in one turn, he can be used to go across the map and save a unit from being wiped out.

Moonbow is the special of choice here. Usually, I'd opt for Bonfire or a similar skill, but Finn's Defense isn't high enough to get the most mileage out of Bonfire. It works well with his Brave Lance.

Life and Death seems like a strange choice for his A passive, and I admit, it is. I didn't have a lot of options, seeing as he is currently third on the waiting list for Klein (I have a perfect IV LA!Roy and Lilina). Life and Death buffs Finn's Attack by 5, while also negating the Brave Lance's penalty. 27 Defense is still acceptable for taking physical hits, but 13 Resistance means that unless he's supported by another unit (particularly a dancer), he should avoid any sort of magical encounters.

Lancebreaker was chosen above Swordbreaker due to the weapon triangle already giving the Lance of Legend a hefty advantage against red foes. However, if you choose to use this build, swapping it for Desperation is also something to be considered.

His C passive is flexible. Since I only run mixed teams, I went with Drive Spd. Another suitable option is his native Goad Cavalry, or even a Wave skill if you have a 5 star (or 4 star Aversa for Odd Res Wave) you're willing to give up.

Atk/Spd 2 was chosen for the seal due to the offensive buff it supplies him. Alternatively, you could use Darting Blow, one of the Brazens, Quickened Pulse, or another stat buff.

Build made to turn Finn into an offensive powerhouse. This build makes him very formidable in normal combat, as when he initiates he will have 43 Speed and 52 Attack. He also has a decent 32 Defence, so assuming you are fighting physical targets, he will most likely survive, and assuming he doubles, he will be able to proc Glimmer. Glimmer is chosen over Moonbow as the chill def effect of Wagasa+ means that Glimmer will be stronger in that situation.

He is also very flexible in any team composition, as he provides a crippling debuff to one or two enemies, and being a cavalry unit, has access to goad/ward cavalry.