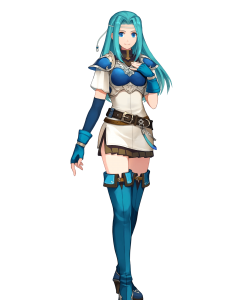 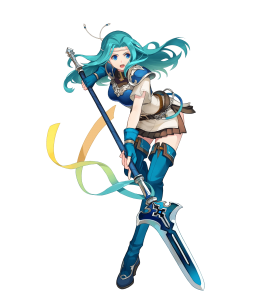 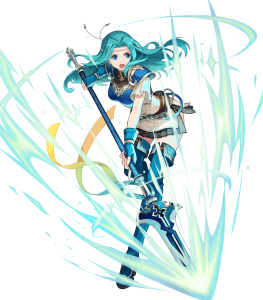 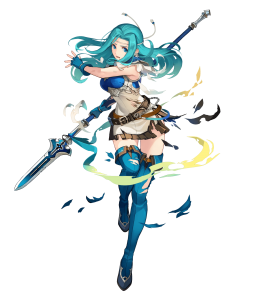 While this set aims to bolster Fiora’s magical bulk as high as possible while preserving reasonable damage and solid Speed, her Resistance is good enough to potentially turn Fiora into a mixed tank by focusing on increasing her lackluster Defense. If such a set is desired, +DEF now becomes a recommended Asset, +DEF the recommended Guard Lance refine, and Iote’s Shield a necessity.

With a great 38 Speed, Fiora will consistently perform and avoid follow-up attacks. This can help make up for Fiora’s mediocre Attack and terrible Defense.

Fiora boasts an excellent 74 magical bulk thanks to her fantastic 37 Resistance. With this, Fiora can reliably survive multiple magical attacks and duel dragons. In conjunction with her high Speed, Fiora will also have little trouble taking advantage of her native Pegasus Flight.

As a flier, Fiora has various advantages at her disposal. She can cross nearly all terrain, making her mobility and flexibility stronger than any other movement type. Also, she can provide further support through skills such as Ground Orders, Air Orders, Flier Formation, Aerobatics, and Guidance to grant her allies more options for escaping from and attacking enemies.

While 32 Attack is far from the worst, its mediocrity prevents Fiora from standing above her other Lance Flier peers. Her damage output relies heavily on Attack buffs, Defense debuffs, and performing follow-up attacks (which is thankfully easy thanks to her 38 Speed); without a variety of these, Fiora’s raw damage is middling.

Unlike many recent Lance Fliers, Fiora suffers from terrible 58 physical bulk due to the combination of 38 HP and 21 Defense. Because of this, Fiora may be prone to being OHKO’d by many physical enemies, and like with many other fliers, surviving an arrow is a pipe dream.

Fiora’s status as a flier is a double-edged sword. While she receives plenty of skills to increase the flexibility of both herself and her allies along with the being able to cross nearly all terrain types, Fiora cannot use many valuable skills that would greatly boost her offensive and defensive capabilities, including: Bonus Doubler, Null Follow-Up, Null C-Disrupt, and Flashing Blade. While her physical bulk is already poor, Archers will ensure that Fiora meets a swift end unless she has Iote’s Shield equipped.

Failure to stand out

Unfortunately, FEH’s Blue pool is bloated with Lance Fliers that have generic statlines. Due to the lack of a personal weapon and middling Attack, Fiora joins her peers as a basic Lance Flier with very little to distinguish herself.

Farewell, Fire Emblem Cipher
@Hrafn wrote: twitter.com ファイアーエムブレム０…
Do you think old mythic/legendaries units should get refines/improvements
@Umbriel wrote: I feel as if the more mythics and…
Magic IS Everything
@George_Calibur wrote: The title says All! Screenshot…
Finally... My suffering can end. No more spring banner
@SupaAnimegal wrote: I bought orbs today and I had the…
Springtime Skimrish VG Support Topic
@E1337gard wrote: Since I didn’t see anyone doing this,…
Read More