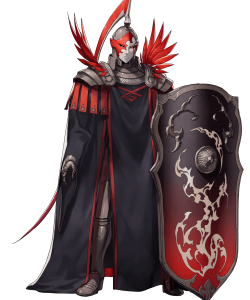 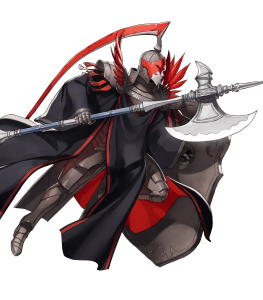 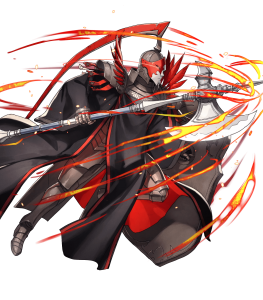 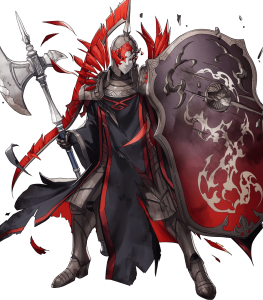 Flame Emperor’s base Attack of 40 is quite high and provides great power that can be put towards KOing enemies, often in one hit.

Flame Emperor’s base 50 HP, 37 Defense, and 26 Resistance provide good bulk and the ability to survive many enemy attacks.

Armors have many unique tools like Fighter and Save skills that allow Flame Emperor to perform better in combat and fill roles in a team that other movement types could not.

Flame Emperor’s status as a Grand Hero Battle/grail unit allows access to merges without costing orbs or involving any of the randomness inherent in summoning. With the stat gains from merges, this may mean Flame Emperor is stronger compared to a lower merge five star exclusive, and with a BST of 181-182 after a merge, Flame Emperor can score quite well in modes that use arena scoring when merged to +10.

Flame Emperor takes 1.5x damage from any armor-effective Weapons, which are fairly common.

As an armored unit, Flame Emperor can only move 1 tile per turn unless under the effect of a movement-boosting skill like Armor March or Ground Orders. This can severely limit the ability to engage and disengage effectively.

Flame Emperor’s base Speed of 25 is rather low, allowing many faster units to perform follow-up attacks and forcing the use of skills like Vengeful Fighter or Quick Riposte to double.