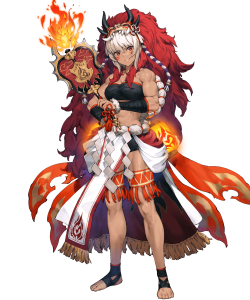 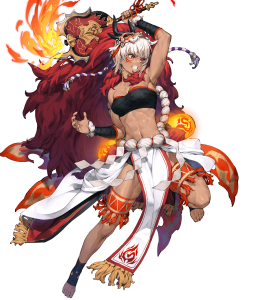 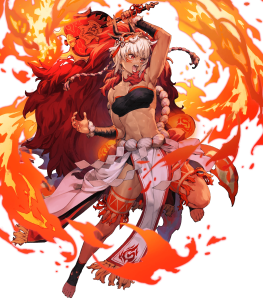 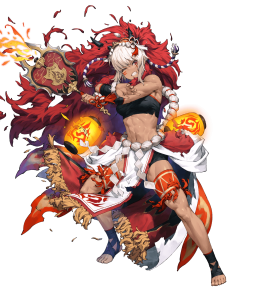 It’s really difficult to mess up a stat distribution nowadays given how much BST they have to allocate to newer units, so Rinkah having an offensive statline of 37/41 Atk/Spd with a superboon in Spd to boot, I can confidently say that it’s very solid.

Are Def-targeting foes giving you trouble? Well, now they aren’t! Well, mostly for Flame Rinkah’s case but regardless, I hope you like Def cause there’s a lot of it to go around.

This really goes without saying nowadays but I’m going to say it anyway because it’s very much worth reinforcing. Infantry units aren’t struggling for passive options as they can take advantage of skills such as Null Follow-Up, Spd-Based Damage Reduction skills (Spurn, Close Call, Frenzy, etc.), Bulwark, Flashing Blade, Breath, and so much more. So, despite lacking any discernable niche, Flame Rinkah will at least be able to perform adequately.

Nothing Unique Beyond the Statline

As with many units nowadays with no PRF to call their own, Flame Rinkah simply exists for fodder purposes or for the fans that have been waiting for some more content, and to that, I say “I am very happy for you and wish you the best of luck with your summons”. However, to anyone else who isn’t pulling out of pure favoritism, there’s nothing worth recommending beyond the fodder as she’s not only much more expensive to invest into but lacks any notable qualities beyond her obnoxiously high Def stat. Moreover, there are two readily available normal pool demotes, Guy and Kamui respectively, with similar or even outright better offensive statlines, so if you are looking for an easy Infantry Sword unit to invest in with less overall costs, they’re there for the taking.