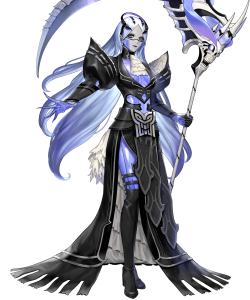 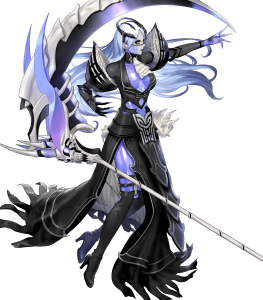 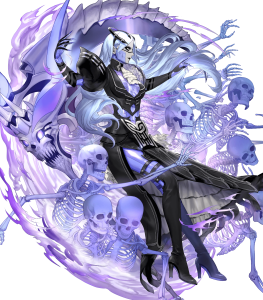 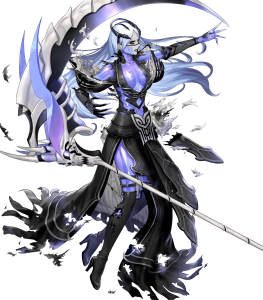 NOW I KNOW WHAT I BELIEVE INSIDE (Galeforce)

While pretty boring in its overall effects, Ganglöt’s Arcane Downfall is a plenty effective weapon overall..

Of course, this is technically not exclusive to her since it’s inheritable, having natural access to Arcane Downfall is still a boon in Ganglöt’s favor for those who actually want to use her; it’s her best weapon option by a mile, so having it in her kit saves any need for further investment where that’s concerned.

There’s not much to say about Ganglöt’s statline that isn’t already obvious: her phenomenal Atk of 44 and respectable defenses together ensure she can both hit hard and tank effectively, while her 30 Spd isn’t particularly impressive but does help safeguard against slower foes who rely on automatic follow-up attacks (which are forced into a Spd contest due to Arcane Downfall).

Ganglöt’s performance is further supplemented by the immense skill availability that her infantry status brings. With access to powerful and coveted tools like Special Spiral, Time’s Pulse, Lull Atk/Def, and more, her inherent strengths are brought to their fullest in the form of great build flexibility.

There’s no denying that in addition to her Arcane Downfall, the rest of Ganglöt’s base kit is absolutely loaded — literally all of her skills are fourth-tier, premium abilities that are greatly coveted, generally speaking. Naturally, this is a nice benefit for Ganglöt herself, but comes as an even greater benefit for other units who desire them given her Rearmed status; this allows any of her skills to be passed once without being consumed afterwards, after which she can still be used as fodder but will disappear as normal. In this way, those that don’t really care about Ganglöt find double the normal skill value than normally accessible.

Ganglöt’s statline, infantry strengths, and synergy with Arcane Downfall certainly keep her from being a bad unit — but given that her weapon is actually an inheritable, it can be tricky to actually distinguish her from the plethora of similar axe units who can take her weapon and function exactly the same. This is also due to the fact that unlike previous Rearmed Heroes, she has no other PRF skills to supplement her ability, so those with investments in such similar units are likely better off on simply foddering Ganglöt than actually using her.

Her 30 Spd works in her favor against slower offensive units who rely on guaranteed follow-up attacks (since, as mentioned previously, Arcane Downfall’s Impact effect makes such instances a simple Spd contest), but it otherwise does her no favors — Ganglöt is left largely reliant on skills and her weapon to both perform and avoid follow-up attacks, which is more than just a little issue in a meta where Null Follow-Up and its variants are all too common.