Community Posts with Keyword Genny All 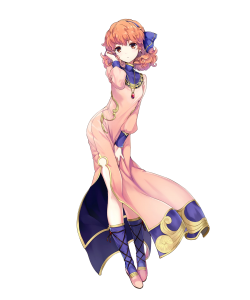 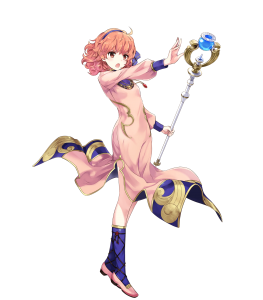 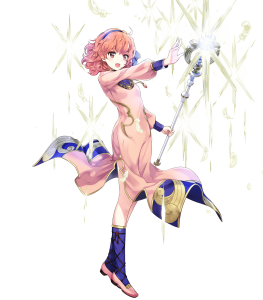 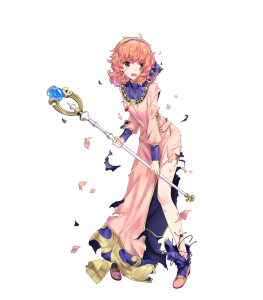 While Genny’s Attack is not quite on par with some Staff users that sport much higher Attack, Genny still sports one of the higher Attack stats among early Staff units. Combined with Attack boosts from Skills and her Weapon, this can make Genny hit very hard if built correctly.

Springtime Staff proves to be a nifty unique Weapon for Genny, giving her Attack+3, possessing inbuilt Dazzling Staff to prevent enemy counter attacks when she initiates combat, and then possessing the same effect as Gravity+. Once refined, the Springtime Staff gives Genny +5 Attack/Resistance during combat if she initiates or is within two spaces or less from an ally, as well as healing Genny and nearby allies by 7 HP after combat. Springtime Staff effectively helps push Genny’s Attack to be on par with most modern high Attack staff units which gives her a much needed boost to her damage output. The post combat heal also gives Genny perfect synergy with Push Skills, allowing her to theoretically maintain them forever.

While Genny sports impressive Resistance, the same cannot be said for her Defense and HP. Genny absolutely cannot afford to take physical attacks in most instances, relying on her inbuilt Dazzling Staff effect within Springtime Staff and careful kiting in order to make sure physical opponents do not strike her down in one fell swoop.

Speed is Atrocious without Proper Investment

Genny possesses a Speed Super Asset, but even that only pushes her Speed from a base value of 25 to a value of 29. While there are an assortment of Skills that can boost Genny’s Speed, she will need heavy investment in order to reach a passable Speed stat to where she can land natural follow-up attacks against a wide variety of targets.

Reliance on the Wrathful Staff B Passive

Springtime Staff possessing an inbuilt Dazzling Staff effect is a double-edged sword. While this refine does synergize with the fact that Genny comes with Wrathful Staff in her base kit by default, it does mean that Genny is locked behind using the Wrathful Staff B Passive in order to deal full damage against her opponents and actually take advantage of her massive Attack potential. This means that even if Genny wanted to run Skills such as Lull Atk/Res, Genny would not be able to deal full damage on her opponents by running other B Passives which puts her in a strange situation of being forced into a single B Passive for nearly every build she utilizes. While one could build Genny for pure utility, that would be wasting her main selling point of high Attack as a Staff user as there are plenty of other Staff users that can provide stronger utility than Genny.

I merged my Genny once, so I can't remember her bane, but I got a +RES one. So I decided to take advantage of it and burn Idunn for Fort. Def/Res, bringing her fairly high RES all the way up to 43 and her sort-of lacking DEF to 27. This makes her have 76 magical bulk and 60 physical bulk, which greatly improves her survivability at the minor cost of 2 Attack.

The rest of the set is the basic Wrathful Sheep set, but with Gravity+ in place of Pain+.

She is +Spd, with Summoner Support and +10 Dragonflowers. While I run other sets on her, this is her most usual setup.

This totals for a total speed increase of 16. Speed memes and staff upgrades FTW~

Wrazzle Dazzle Gravity support is all you really need Genny for, but extended flexibility with Savage Blow, Breath of Life (w/ Absorb+), Ploys, and so on always helps. Want to try to take advantage of Spd boon but not sure how yet.

With the new updates healers have hit new heights as colorless Res based ranged damage dealers. Genny is a prime example... base 35 Atk with +12 from Slow+ and another +2 from Atk/Res gives her Atk 49 and makes her heal 24 health a shot with physic+
That said I went with the Spd over Atk boon due to that the jump from 25 to 29 Spd is to good to pass up and if she attacked last turn she can double units with a base Spd of 31 who were caught in her Slow+ radius... not to mention your allies threaten/hone skills can really push that number up high
Aside from being an amazing healer and colorless mage Genny’s high base Res of 34 with another +2 Res from her A slot allows her to effectively run ploys, with this build being a double ploy build, with the option of swapping either her Seal and/or C slot for drive/hone Spd to really maximize on the effect of her Slow+
Little icing on the cake is swift-winds balm which is a Count 1, which is effortless to proc, allows Genny to continue boosting her allies Spd even on turns she’s required to heal
Without saying, the combo of Dazziling Slow+ with Wrathful Staff is dominating and probable a little too much meta-gaming, but screw it, my Genny just killed your Hector and doesn’t have a scratch on her... oh yeah and all of Hector’s friends suck now. Mic drop. 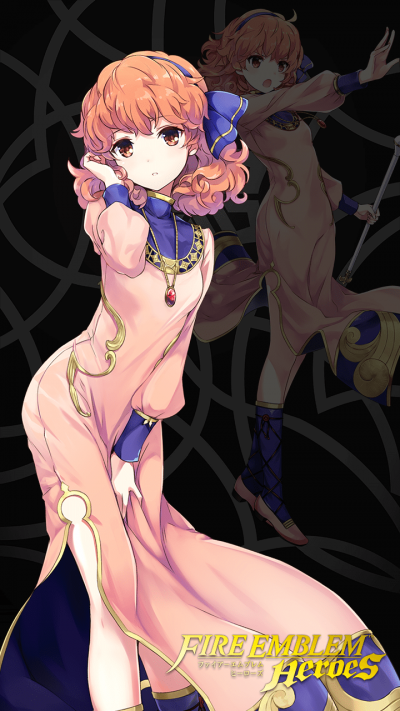