Community Posts with Keyword Gunter All 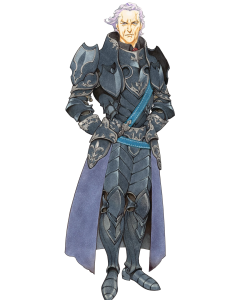 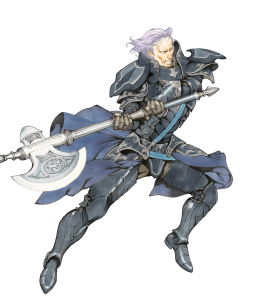 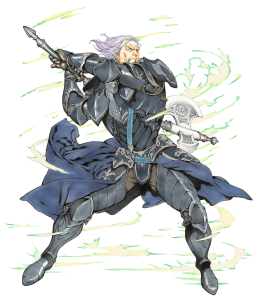 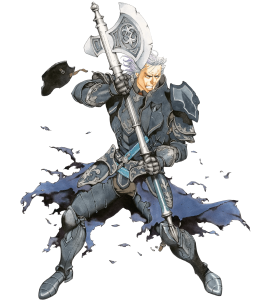 Gunter’s Inveterate Axe is a very potent weapon, granting him Chill Atk/Def if his HP is above or equal to 50%. In addition, it also allows him to support nearby Cavalry and Infantry allies by boosting their Attack and Defense by 4 as long as they’re within two spaces, and he also gains these bonuses for himself.

As a Cavalry unit, Gunter gains access to powerful class exclusive buffs such as Hone Cavalry, in addition to enhanced movement.

While Gunter’s Attack and Defense are reasonably high, he’ll truly struggle to take any form of magical damage without the use of Resistance increasing skills such as Atk/Res bond, and his low Speed leaves him vulnerable to follow-up attacks from all but the slowest of foes.

Gunter’s status as a cavalry unit also gives him a number of innate weaknesses, such as severe terrain penalties, limited skill access, and a weakness to cavalry effective weaponry.

Hi, My name it’s Marth64OP and I’m going to talk about my lovely assistant Gunter. Let’s start with Atk/Def Push 4, increased by 7 Atk/Def with a 25% > of your HP but I’ll get damage by only 5 HP but with Gunter high ATK,I gave him Sol to recover more HP. In addition, I gave him the S Slot which it’s Close Def 3 to help Atk/Def Push 4 and his greatly good Defense 34 which comparing them both that would be...?

In conclusion, I gave him Quick Repost 3 to help him follow-up but if you don’t have Quick Repost 3 the give him Lull Atk/Def 3, I gave him ATK Smoke to help the Inveterate Axe by decreasing others ATK! Makes sense right? Now I recommend to give him a bane -Spd or -Res since those stats are his weakness because my Gunther that I have it’s -HP and sometimes I kinda struggle because of how low it’s his HP that’s why I supported him and give him the Weapon Refine! Thank For Reading my Feedback and have a wonderful day!

This build allows Gunter to act as a solid enemy phase attacker and wall against opponents with any kind of physical weapon, while also providing excellent support thanks to the effect of his prf weapon refine.

+Atk or +Def are his boons of choice. +Atk boosts Gunter's offensive capabilities, while +Def will increase his ability to take physical hits. As Gunter isn't designed to take on magic-using foes, Res is the preferred bane for this build.

With his new prf weapon and it's unique refine, Inveterate Axe is able to simultaneously debuff enemies Atk/Def and shore up the Atk/Def on both Gunter and infantry/cavalry allies within 2 spaces of him through an in-combat buff, which can create an Atk/Def deficit between your team and affected enemies by 9 points in your favor just with this weapon alone.

Bonfire is chosen as his special thanks to Gunter's high Defense.

Distant Foil and Quick Riposte are the chosen A and B skill slots. Distant Foil allows Gunter to counterattack any foe using physical weapons and piles on an additional +5 to his Attack and Defense stats when such an enemy initiates on him, which makes it an essential skill to this build. Quick Riposte allows him to attack twice provided the enemy doesn't nullify the effect, and synergizes well with Bonfire. That being said, Lull Atk/Def can also be used for both potential one-shots and to increase survivability.

Joint Drive Atk will stack with his refine, providing +4 Atk to himself and another ally, and +8/+4 Atk/Def if that ally is infantry or cavalry. Otherwise, if you want to lean in on his support side more, a skill that boosts the stats of cavalry units like Goad Cavalry or his default Hone Cavalry skill can still be used if you're primarily using Gunter in an all-cavalry team to provide in-combat or Field Buffs, while Tactics skills can be used for mixed phase teams.

The seal slot is flexible and depends on your team set-up. To increase Gunter's own capabilities, you can take Quick Riposte (if you didn't take it as his B Skill), Wave seals that focus on Atk or Defense, or Stance seals that increase Atk and/or Defence when the enemy initiates on Gunter. If you want him to provide additional support to the team, a Drive Seal, a Wave seal, or a Tactics seal, or the Guard seals all provide different kinds of support.

As Gunter is a cavalry unit, Reposition or other mobility skills are useful for his assist slot, but a rally skill or Harsh Command+ can also find their uses.

You ever wanna see a terrible unit eat up most of what's thrown at him? I've had the best use of the build when he is at 10+, just fyi.

The Res Refined Silver Axe is the weapon of choice. It gives Gunter the res he needs and a little more attack. Ignis over bonfire because Ignis is 80%. Fortress Def/Res is the main part of this build. It gives Gunter the needed Res to not die immediately to the first mage, and the extra defense is appreciated. Renewal is the b slot because it can help keep Gunter healthy while he soaks up damage. Threaten spd 3 helps Gunter not get doubled by certain slower units, as well as helping his team as well. Distance defense as the seal helps Gunter live attacks from mages better as well.

Because of Gunter's low speed and high defense, this build attempts to maximize his defensive capabilities as well as his retaliation in enemy phase.

This is the personal build I've been using a lot recently and it has been more than serviceable, Gunter can last a while on the battle field with high DEF and HP. Keeping in mind this is the unit I'm supporting at the moment so I don't recommend this set unless you're also supporting him. Making use of Gunter's above average HP, Earth Boost becomes a better Armored Blow with Steady Stance added to the mix and will consistently push out massive amounts of damage with Bonfire. Seal Atk Def wasn't the first choice of skill but oddly enough it can work, it assists him in being able to go one-on-one with most units and it works well against archers, who can't damage him well to begin with, I'd like to think of it as a guaranteed 5 damage on the next phase and 5 less damage taken on the next attack, and that can add up quick. If he comes across a unit with higher HP it can slowly cripple the stats until Earth Boost is ready to snowball in favor of him. Drive Res is just a good support skill (as is any drive) since RES is Gunter's "dump" stat and providing more of it to other units makes him preform on support while staying away from mages.
*His seal is flexible in that you can swap it out for whatever suits your needs, I picked Quick Riposte because it allows him to almost always trigger Bonfire whenever he's under attack making him sort of a dual phase monster
*"Is this build optimal?" Probably! On a different unit! "Is this build fun" Definitely. "Do you need summoner support for this build to work?" Most likely, I know I do. "Why did you waste time on literally the worst unit in the game" I like Gunter. :)
{My current build}
+8 Merged {As of 7/1/2018}
Summoner Support: [S]
Ally Support: Jagen [S]
Skill Inheritance
Slaying Axe+ - 5* Hawkeye
Reposition - 4* Selena
Bonfire - 4* (Adult) Tiki
Earth Boost 3 - 4* Boey
Seal Atk/Def 2 - 5* Seth
Drive Res 2 - 4* Soleil
Feathers Invested: 220,000 (180,000/Merges + 20,000/Slaying Axe+ + 20,000/Seal Atk/Def) 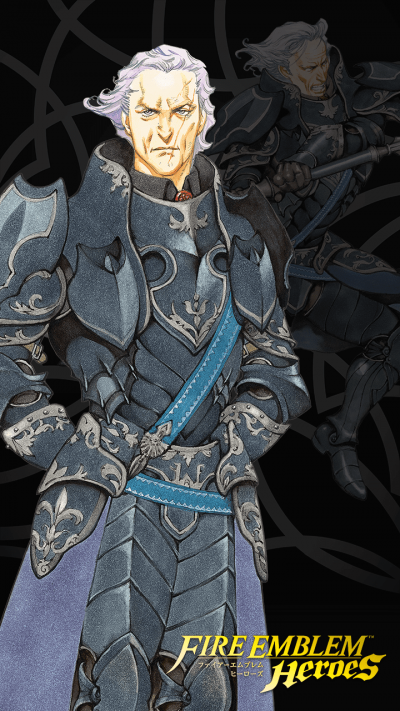