Community Posts with Keyword Gwendolyn All 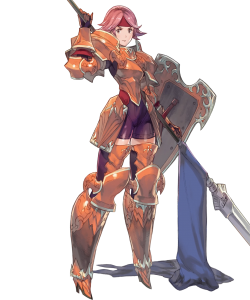 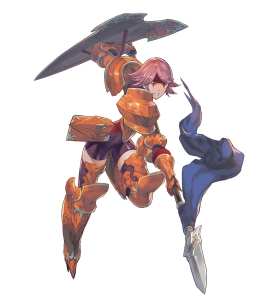 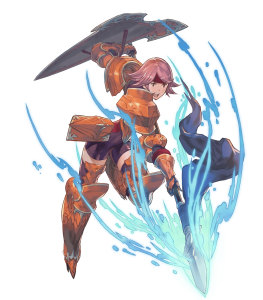 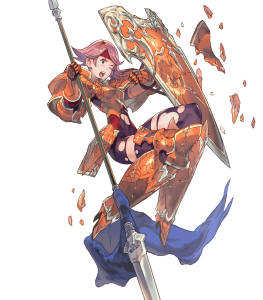 With the advent of update 4.5.0, Gwendolyn receives a shiny new tool in a new unique weapon: Weighted Lance. In addition to the ever-handy Slaying effect (which permanently reduces the cooldown of Gwendolyn's chosen Special by 1), her new weapon also doubles down on her role and Special activation tricks further by providing +4 Def/Res (in both phases) and accelerating cooldown against enemy attacks if she's above 50% HP. In layman's terms, odd-numbered Specials—especially Bonfire and Aether—are easier to activate in any phase than ever, and thus make up for Gwendolyn's otherwise lacking damage output outside of activating her Special.

For Arena scoring purposes, Gwendolyn remains one of many free-to-play players' best choices due to her high base stat total. She is easily summonable as a low-rarity blue armor, with comparable competition in Effie and Valbar. Additionally, thanks to receiving a unique weapon, she does not require a 300 SP C slot skill to maximize her scoring potential, which alleviates inheritance burdens on players wishing to keep a low cost.

Thanks to Weighted Lance, Gwendolyn isn't merely limited to high-investment Fighter skills—which is a key differencing feature of armored units. Something unheard of for most other armored units, there are alternative B-slot skills that pair well with her weapon—including Wrath and Special Spiral. The lance effect working against enemy attacks also mean that Gwendolyn's main reason to run Special Fighter (immediate activation on counterattacks) is already fulfilled.

Gwendolyn's statline is hardly a key differentiating feature on her (it's actually rather generic), but her defensive strengths—including high HP, great Defense, and above-average but improvable Resistance—are consistent and become even better after the stat augments that come with Weighted Lance's refinery.

Gwendolyn's movement typing has a few deployment issues. Mainly, she can only move 1 space without assistance from other allies (through skills such as Guidance, Gentle Dream, Armored March, etc.), which limits her escapability and flexibility in tough situations. This comes in tandem with her vulnerability armor-effective attacks (such as Thani, Light of Dawn, Slaying Spear), which make quick riddance of her.

If Gwendolyn isn't firing off a Special, her contributions outside of walling can be a bit lacking as she lacks raw Attack power without significant investment.

Weighted Lance's main benefits work only if Gwendolyn's HP is above 50%. Although this seems easy enough to maintain given the short-lived nature of most matches and several tools such as Aether and healer allies, the threat of a sourspot still means Gwendolyn is somewhat high-maintenance.

Weighted Lance's effect and Vengeful Fighter together mean frequent, reliable Ignis procs. Distant Counter makes her an omnitank. Everything else is to shore up those defences (which also makes Ignis more effective).

Not many enemy units survive attacking this Gwendolyn.

Arena tank almost maxed out, though build is currently for bonus kills rather than support. Thinking to give Atk Smoke to finish score, and perhaps Spd or Res refine if it helps against greater variety of enemies. Waiting on merge update score changes to maybe switch to Atk/Def/Res boon but will most likely keep as is.

The main goal of this build is to maximize Gwendolyn's great defense, while still boosting her lacking resistance and, more importantly, her attack. The +6 attack from her weapon during combat gives her attack which surpasses the black knight in attack, in addition to her having far better resistance.

Keep in mind, this is still a work in progress. In fact, Gwendolyn is missing a few of these skills currently. The stats I've placed are the stats she currently has, which is why it may contradict with my skill choices.

(also indecisive on if i want to use Berkut's lance instead or not.)

First of all, this is a heavy investments build as you can see, but it pays itself off. If you're asking yourself "why those IV?" it's because with this she has a superboon(+4 instead of +3) on the SPD stat and a normal bane on the HP stat, which with a BST of 169 makes her jump to 170, which is the next bin and therefore gives you more points in Arena.

Now let's talk about the build, I made this because I was lacking Steady Breath for the one I was aiming for, but it turned out just as good for me. With a base def of 38 and a base Res of 28 she can tank pretty well if built like this, both for Physical and Magical enemies. If SS is given to her she reaches 30 Res and 40 Def, which Berkut's Lance(+Def) and a Warding Breath transform it in a better 41 Res while being attacked(still 44 def tho, which is pretty solid for a +0 unit), then with a +10(which isn't hard to obtain since she can be found at both 3 and 4 star rarity) she reaches 48 Def and 45 Res while being attacked, which is more than enough to tank Dragons(which usually shouldn't double her), most lances and all the swords.

Bold fighter is there both for points and because it's a broken ability to give to an Armored unit, having Aether charge faster both in Enemy and Player Phase is pretty good.

The QR seal is there to let her double in Enemy Phase too, which with Warding Breath means that she's gonna have Aether charged instantly if foe doubles, and if he doesn't it will still be ready for the next turn.

You surely know why Aether is there, but since this is somewhat of a guide to this build I'll say it anyway; it gives you EVERYTHING you lack off, an heal to help her tank more and bring her back into QR range if she ever falls off of it, a 50% Def reduction to enemy which fixes her somewhat low Att Stat and a lot of points to boost your Arena score even more.

Finally, a last advice, if you're gonna play her with this build you should play her with a Tactics team, letting her take the Def and Res buff to boost her defensive stats to 54 Def and 51 Res, and with either an armored unit with Armor March or a flyer unit with Guidance, to help her to reposition herself and move more easily.

That's all, thanks for reading all of this and surviving my bad English :P, btw if you want to add me in game my friend code is 0577984974, I don't have a lot of space left in my friend list, but I'll surely make it for those with interesting/useful builds, I have Gwendy builded like you just saw as my first team unit, so it's up to you.

This build focuses entirely on buffing defense to make a great physical wall as well as boost the power of Ignis to an additional 40+ damage. The extra defense comes from the Slaying Lance+ refine, as well as Earth Boost. Renewal is optional, but is recommended to keep Gwendolyn within the Earth Boost range. The -SPD nature contributes well when combined with her poor base speed as well as the Quick Riposte seal and the Slaying Lance+. With this build, Gwendolyn will likely be doubled, but due to Quick Riposte will be able to strike back twice and activate Ignis on the second hit, which will almost certainly defeat or put a large dent in the opposition.
Overall, this build makes Gwendolyn a great defensive wall with the power to defeat most physical units that attack her. 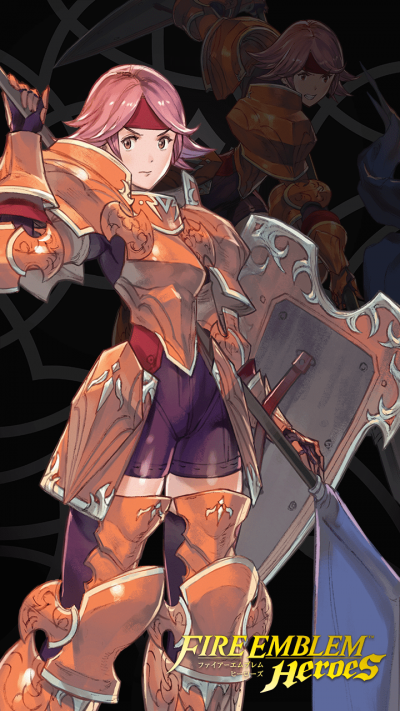