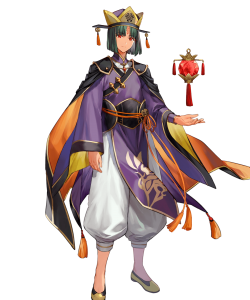 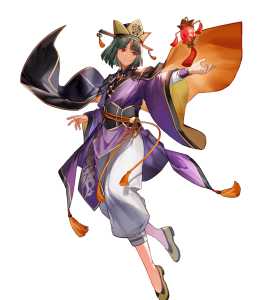 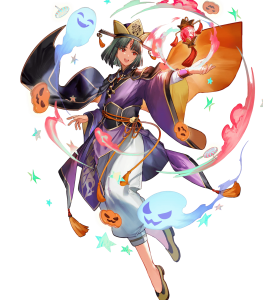 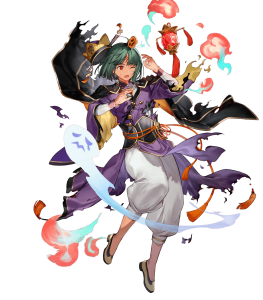 Passive B: Even Pulse Tie / Axebreaker

The young Prince of Goldoa kickstarts the new generation of melee infantry units after Brave Marth with a generous base stat total of 182. With a total as high as that, he can be a nice score weight in modes utilizing Arena scoring, and it's pretty difficult to mess up its distribution too: 45 HP (50 after a refined Breath weapon) along with solid 36/35 Defenses grants him some nice bulk to start out with, and 39 Attack gives much of his attacks the bite they need.

Though he could stand to have a tad more Speed (or maybe even less for min-maxing), it being at base 27 allows him to avoid follow-up attacks from many newer min-Speed units in the game. Plus, it's perfectly dressable for those looking to add spice to his typically slow-and-tanky playstyle — there's no builds revolving around that here, but it'll always and definitely be a thing.

As with his father and sister-in-law before him, Kurthnaga is gifted with a seasonal dragon breath that's frankly a bit too good for an inheritable fodder weapon. This time around, his Lantern Breath grants a nice number of tanky perks simply by awaiting an attack or engaging a pretty healthy (75% or more HP) enemy:

And of course, if this isn't your cup of tea for any reason, you may instead have him inherit his family members' Blackfire or Pale Breath for similarly effective but more stats-beneficial effects (Lull Atk/Res 5 and penalty neutralization, respectively).

Kurthnaga avoids the pitfalls associated with other movement types by having fewer crippling effective weaknesses, the ability to run the Breath skill line for self-sufficient accelerated Special charging, and having access to some neat combat arts such as Lull skills and Infantry Pulse.

As a dragon unit, Kurthnaga is able to attack back versus Windsweep users (Watersweep can be a problem but is far, far less common to worry about) and also has dragon-exclusive weapons and skills in his respiratoire. In particular, Dragon's Ire is a far superior Quick Riposte that many other slow infantry tanks would much prefer to use to avoid being overwhelmed by Impact skills. Kurthnaga also utilizes Dragon's Wrath and Dragon Wall very well if given the proper stat investment required for these skills.

A starting base 27 Speed isn't exactly terrible, but from a stats distribution standpoint, it's difficult to see it as anything but wasted stat points away from Attack, Defense, or Resistance. Its middling value leaves Kurthnada pretty unprepared for follow-up avoidance from even the decently fast and often prevents him from naturally making follow-ups himself.

While investing specifically in Speed is a possible venture, this has pretty questionable returns even if you're willing to give him all the trimmings (Summoner Support, Dragonflowers, Distant Pressure instead of Distant Counter, etc). A project like that is also quite watered down by the lack of Speed-boosting Dragon breaths —whereas other units and weapon types have great options like Springy Lance or simply using their own PRF.

If Kurthnaga is running Dragon's Ire or Quick Riposte for his follow-up attacks, the occasional Null Follow-Up enemy may pop up and cause a few setbacks as they slow his rate of attacking. Enemy units utilizing Dodge skills like Moon-Twin Wing or Spurn will also often apply their full damage reduction against Kurthnaga's attacks due to the sheer difference in Speed.

Weapons that deal bonus damage to dragonstone units are ever the thorn in their side, and unless he has a fully effective Dragon Wall at play, don't expect Kurthnaga to come out of the match in a very healthy condition.

Enemies with Blue Coloring, High or Invested Resistance, or Both

Enemies with at least a good amount of Resistance investment or blue coloring or even both will typically tank a counterattack from Kurthnaga, and proceed to pierce mostly past Dragon Wall and into Kurthnaga's raw bulk. See: Guinivere, Brave Hector, Pirate Surtr, Micaiah, and bonus season Nótt.