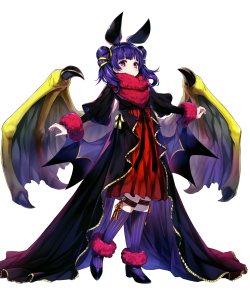 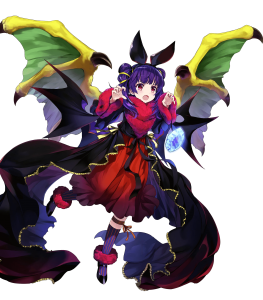 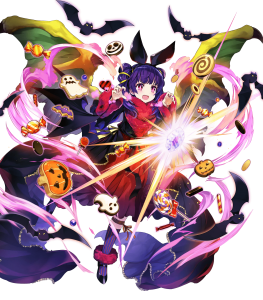 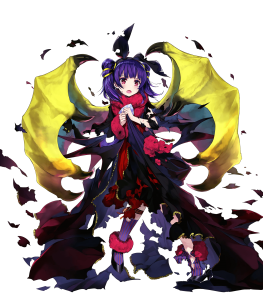 Myrrh’s Speed is dumped in her neutral stat spread for a reason, and further dumping it makes virtually no difference to her outside of niche builds, though which stat you’d like to increase in exchange depends on how you plan on using her.

Myrrh’s base kit is excellent but it can be improved dramatically with the addition of Special Fighter. Because her Spirit Breath grants her an automatic double attack if her Defense is 5 points higher than her opponent’s, she can instead run Quick Riposte with Special Fighter to guarantee double attacks in both phases with Special cooldown reductions with every action Myrrh takes (attacking or being attacked) and inflicting Guard on her opponent.

Myrrh can activate Ignis or Dragon Fang in either phase with this combination, and can activate Aether in Enemy Phase during her first combat.  This way, if you run into a unit who Myrrh cannot double with Spirit Breath, she can fall back on her Quick Riposte/Special Fighter combination and instead let them attack her in Enemy Phase, with her Special Fighter preventing her opponent from building any kind of Special cooldown.

Utilizing this, Myrrh is able to perform highly flexibly at the very top tier of arena and most other game modes, with the ability to double attack most units in the game, while controlling both her opponent’s cooldowns and her own. In this regard, she is even more flexible than Brave Ephraim, as she does not require any sort of visible buff in order to double her opponent.

The Nightmare Before Christmas

This set abandons all pretense of waiting around for the Enemy Phase and has Myrrh taking the initiative on her own, with a 72 attack initiation followed up by another 72 attack with a 34 damage Ignis... not a whole lot can survive that.

Of course, this relies on her being able to reach her opponent and in the right turn- Armored Boots in the Seal Slot should help with that, and the player is free to choose between Odd or Even Atk Wave for her C slot. Alternatively, you can run her with her native Armor March and rely on landing a Resistance Ploy in order to gain +5 damage onto her opponent. This option also allows her to be freely buffed by her allies, though it relies on her 32 Resistance to debuff her opponent with, rather than waiting for the right turn on her Atk Wave skill.

As a somewhat cheaper alternative, Myrrh can run Armored Blow instead of Death Blow- this will increase her chances of buffing her Defense enough to land a double attack, particularly on armored opponents, though at the expense of severely cutting into her damage numbers. Sturdy Blow is another alternative, which is generally considered the best of both worlds in terms of damage and Defense.

This build is more of a budget build for Myrrh, with all skills being either her default, or being found on 4 star units (though you may have to promote one for Aether).  With her high Attack, along with her Attack superboon and her legendary weapon, Myrrh is pretty capable of activating Heavy Blade, which helps her to accelerate her Special Cooldown in her Player Phase, where Spirit Breath is active and will help her to double. Fury or Armored Blow increases her likelihood of doubling, while Fury increases her Attack further but with recoil and less Defense than Armored Blow.

Vengeful Fighter covers the phase that she’s weaker in by enabling her to double in Enemy Phase with her Special cooldown accelerated- through this, she can activate Aether in her first Enemy Phase combat if necessary. You'll want to be careful with Fury though, as the recoil can knock Myrrh out of Vengeful Fighter range.

Rounding out the trifecta of armored dragons is Myrrh, occupying the red slot and proving herself to be a force to be reckoned with. While she has wings, her costume is apparently too heavy to allow her to fly and so she’s locked to one tile movement and a staggering 180 BST with a superboon. This makes Halloween Myrrh the highest consistent scoring unit in the game at the time of her release, as Legendary Tiki will lose score value during non-earth seasons.

Her stat spread is pretty typical for what we’d expect at this time, with monstrous Attack and Defense, more than adequate Resistance and HP, and Speed as an optimal dump stat. Her weapon, the Spirit Breath, compliments her stats perfectly by allowing her to double units who have 5 or more fewer points in Defense as her. Of course, this counts both field buffs and in-combat buffs, so if properly set up she can force doubles on almost every unit currently in the game.

When combined with her natural Vengeful Fighter in her B slot, Myrrh can double in either phase, and with her Armor March, she’s capable of closing the distance between her and her opponent in order to do so.

Myrrh is definitely one of the standout armors in this game and has earned her place at the top of the meta, where she is stopped only by dragonslayers, armorslayers, or units with Defense as absurdly high as her own.

Being an armored unit has its advantages, mainly that she has more stat points in general to work off of. Myrrh has incredibly high Attack and Defense, both of which are vital in ensuring that she doubles her opponents with devastating damage. She trades off a very low Speed, which matters little to her as she can double in either phase with her base kit.

Myrrh comes with everything she needs to succeed, with a prf that lets her double in Player Phase and the strongest B skill for doubling in Enemy Phase. While she lacks Special cooldown in Player Phase- easily mitigated by a Heavy Blade seal- she’s still capable of plenty of damage, considering her extremely high Attack and potent Specials.

Being an armored dragon means that Myrrh is weak to many popular effective weapons- however, it also means that she’s an incredible force to be reckoned with. She attacks the typically-lower Resistance stat with high damage due to her BST, and of course, has adaptive damage on ranged units.

Not only is Myrrh vulnerable to anti-armor weapons, but she’s also easy to KO with anti-dragon weapons, particularly on the new Legendary Tiki, who has triangle advantage over Myrrh.

The tradeoff for her increased stats is being locked to 1 movement.  It’s possible to increase her movement to 2 through Armor March or Armored Boots, but it’s still a factor that must be considered in general play.

Myrrh’s prf weapon, Spirit Breath, is active in Player Phase meaning that running the powerful Bold Fighter in her B slot would be redundant- this actually limits her damage potential in Player Phase due to the lack of Special cooldown acceleration. Her damage potential is much higher in Enemy Phase where she can take advantage of Vengeful Fighter, however she must withstand two hits in order to reach it.

One of the best armors in the game. I use her mostly in Chain Challenges and Squad Assaults.

Summoned on February 25, 2019
(Currently LV. 40 with no Dragon Flowers and Earth Blessing)

This is a summoner supported Mixed/EP Hmyrrh build aimed at taking down practically any foe without armor/dragon effective damage or triangle advantage. The foes who possess those skills are to be dealt with by your other teammates. She is to take down everything else.

The build idea is simple: On offense, her defense is high enough that she should almost always double on offense with spirit breath and with the heavy blade seal, she should be able to fully charge aether against any enemy that can counter in one round of combat. This gives her an almost guaranteed KO in her next phase of combat while also giving her sustain.
On defense it's similar, with VF, she'll fully charge aether after one round. Taken together, this means she should be unloading aether every other phase most of the time and occasionally in back to back phases. With her high attack, great defense and solid res, firing off aether constantly to add damage and heal, she should knock down any enemy not in the category of dragon/armor/triangle effective damage.
Also having distant counter allows her to bait mages, archers and daggers into combat and with the adaptive damage of Spirit breath, there is only a handful of units that survive her counter.
While that's pretty strong on it's own, this build is greatly supported by having at least one teammate with atk buffs like hone, tactics etc and one with res buffs such as ward, tactics etc. (Generally your going to have at least another armor or dragon that can provide the ward/hone/fortify and will be marching with Myrrh anyway) If you have to choose, I would buff res above atk, considering that her res(while good) is her weakest stat and can be exploited by extremely strong/buffed mages.
With the proper buffs on atk and res, she becomes nearly impregnable to ether physical or magical damage and prodigiously strong.
Team composition is always important to get the most out of your units, and with right allies (example: Fell Grima with ward or hone dragons/armor or Surtr as blue counter and mage soak [AI will almost always go for him as long as he doesn't have DC] and units to counter dragon/ armor effective weapons), Hmyrrh is a great centerpiece for a team.

Myrrh is an easy unit to build a team around. Her only serious weakness (Barring anti armour/dragon weapons) is her Res. Her extremely high Def allows her to tank most hits from enemies of any colour, so I don't think she requires any skills to boost this any further. Aether will help with dealing with the tankiest of enemies, and will sustain her indefinitely. Distant Def mitigates her lower Res pretty well, and Distant Counter doesn't really need an explanation on the type of unit she is. I find this build combos best with a balanced team that both buffs her, and also deals with her counters (Marth and Male Grima are very good support partners imo).

looking for possible options so that myrrh was not weak against magic, it occurred to me to use the Fort. Def / Res 3 to increase the base resistance of the unit in this way the effect of the weapon will be activated more often if you can have a tiki (young) in your team. when you put the benefit of the land to myr during this season you will have 53 defense and 53 life. With the help of the reposition we can group the equipment is advisable to have reposition in 2 of the other two units so you get more control of the map that if you must be careful with characters with advantage against dragons.

Distant counter is one her best A slot options out there. Ignis works great with vengeful Fighter because as long as the opponent doubles. This happens commonly since she has extremely low spd.