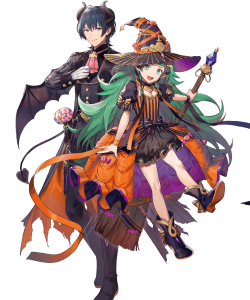 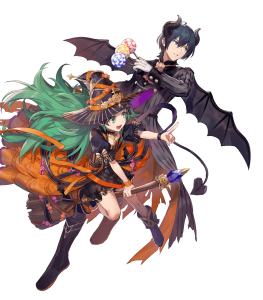 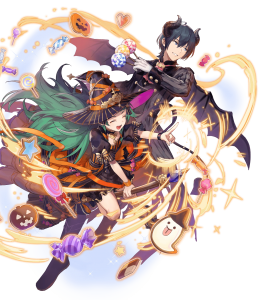 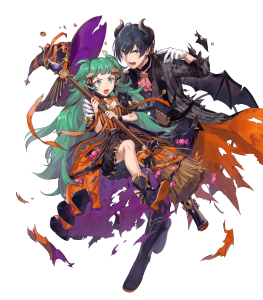 Both Sides Of Time (Generalist)

With her Duo skill, Halloween Sothis grants fliers support that they are sorely lacking in - namely, Null Follow-Up and cooldown acceleration. Since fliers cannot learn Flashing Blade, it has been difficult for fliers with middling Attack to have access to crucial cooldown acceleration for strategies like Galeforce.

Null Follow-Up is a different matter altogether and not being able to inherit it is a huge reason why fliers gravitate toward the bottom of our tier list, due to many popular units denying follow-ups as part of their kit. With the ability to grant this skill on a Duo skill (which can be refreshed every other turn, no less), Sothis becomes an excellent support unit for almost every flier in the game.

Halloween Sothis' kit is ridiculously stacked, with a Slaying weapon that neutralizes dragon effectiveness, Distant Counter, adaptive damage, +5 to all stats, damage reduction, healing, speed-based damage, and additional damage based on a generous stat differentials. A better question is: what can't she do?

With her trainee duo BST, her insane kit, and her support ability, Sothis will be a menace in Arena, particularly if she is highly merged. With all of her stats above 30, including both defensive stats, a high Speed stats, and a Duo skill which prevents skill-based follow-up denial, Sothis will be an easy ticket to any 5 win streak in Arena.

Despite being an amazing support for a Galeforce team, Sothis herself cannot learn Galeforce due to being a dragon - this means that she struggles to earn a team slot on those teams in game modes with highly restricted slots.

Her Duo skill is shut down completely by the Duo's Hinderance tower on Aether Raids Defense, which makes her struggle even more for a slot in an Aether Raids team. Without being able to secure NFU for herself, Sothis risks not being able to double, which halves her damage.

Grants【Null Follow-Up】to unit and allies within 2 spaces. If unit or any ally within 2 spaces has their Special cooldown count at its maximum value, grants them Special cooldown count-1. Once used, Duo Skill cannot be activated again right away. At start of odd-numbered turns, if Duo Skill has already been used, unit can use Duo Skill again. 【Null Follow-Up】 If unit's Spd > foe's Spd during combat, neutralizes effects that guarantee foe's follow-up attacks and effects that prevent unit's follow-up attacks for 1 turn.