Community Posts with Keyword Hana All 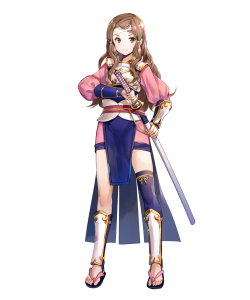 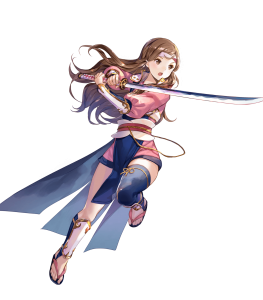 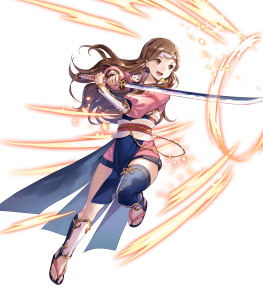 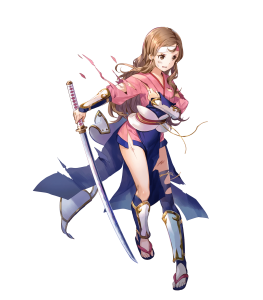 It’s All Me! (Offensive)

An Attack or Speed Asset is recommended with this setup, both work well helping with Hana’s offensive potential in different ways. A Resistance Flaw is best in general, but a HP Flaw can work great if you plan to utilize Ardent Sacrifice with a forged weapon.

With All My Strength! (Offensive Burst)

With a Speed or Attack Asset, Hana’s offensive power is pushed even further, allowing her to deal more damage or Attack with greater follow-up potential. With Firesweep Sword, her Flaw matters less since she doesn’t need to worry so much about her defenses. Overall though, Resistance is the recommended Flaw choice.

Now, it's my turn! (Defensive)

An Attack or Speed Asset will help Hana offensively. Speed in particular not only helps Hana with performing follow-up attacks but also helps Hana to avoid enemy follow-ups which helps her defensively. Dropping Resistance is recommended to allow her to preserve her physical bulk.

One of the most renowned samurai in all of Hoshido, Hana is a infantry sword unit who’s big on the Attack but weak on the Defense. Even with the plentiful pool of strong offensive sword units available, Hana remains a strong choice thanks to her amazing offensive spread, great personal weapon, and ease of access.

With an Attack stat of 35 and a Speed stat of 36, Hana possesses one of the best offensive spreads for any sword unit and she can definitely put it to great use. Regardless of whether she’s using her personal weapon Hana’s Katana or a different strong weapon such as Wo Dao or Firesweep Sword, Hana can reach amazing levels of damage potential. Speaking of, Hana’s Katana is Hana’s personal weapon. This powerful sword not only makes Hana very effective against armor, but also gives her a good offensive boost whenever initiating combat.

This power does come with a significant drawback, this being her defensive stats. With 37 HP, 23 Defense, and 26 Resistance, Hana is quite frail and can take huge chunks of damage from even some green units. This doesn’t mean Hana is entirely frail though, as her high Speed makes her great at avoiding enemy follow-up attacks. As such, she can be built to be deceptively strong defensively, though this requires heavy investment.

Hana is not a complex unit: You send her at things you don’t like and those things will probably cease to exist. However, if she is left in the range of more than one enemy, don’t be surprised if she does not survive the Enemy Phase. Play to her immense strengths and Hana will be able to showcase why she’s so renowned in Hoshido.

With a Speed stat of 36, Hana is very fast and can perform follow-up with relative ease. Combined with things such as a Speed Asset, Speed boosting skills, a Speed seal or a refined Speed weapon, Hana can easily reach Speed in the high 40s and can even hit 50 Speed or more with full Speed investment, giving her incredible follow-up potential.

With an Attack stat of 35, Hana is capable of dealing great damage with her attacks. Unlike other 35 Attack sword units such as Ike, Sigurd, and Alfonse, she can benefit more from this high Attack thanks to her higher Speed making it easier for her to perform follow-up attacks.

In the 3.4.0 update, Hana got her own personal weapon known as Hana’s Katana. At base, this weapon is a direct upgrade over her default Armorslayer and Armorsmasher, being a 16mt weapon with armor effectiveness. This alone makes this weapon powerful, especially for high scoring Arena Assault and Aether Raids where armored foes are fairly common.

Hana’s Katana can be refined for typical stat bonuses, but also has the unique option to be refined to grant Hana with the Swift Sparrow skill, boosting Hana’s offensive power when initiating combat. This will benefit Hana regardless of whether or not her foe is armored, making it a worthwhile refine if one uses Hana in a purely Player Phase role.

At 23 Defense and 26 Resistance, Hana is quite frail to both physical and magical damage. Even some of the harder hitting green units are able to deal a good chunk of damage to her despite their weapon triangle disadvantage against Hana.

37 HP combined with her poor defenses makes her an easy target should the enemy be able to attack her on enemy phase. Strong lance units and brave weapon users in particular will cut through Hana like paper. Caution is strongly advised if one have to leave her in the range of enemies.

Not many units are going to survive four strikes, including a Moonbow, so this build makes for a pretty reliable player phase unit.

This set makes her a fairly good tank and she has the speed to use Null Follow-up 3 to block any follow up's from skills like Bold fighter. Higher merges this build is much stronger because she gets more bulk to work with.

This is a mixed phase build I've been making for a while, though it's kind of expensive, it would work for every atk/spd hero you have on mind, as it doesn't involve non-inheritable skills.

I'd like to thank @soultorrent for his invaluable help to understand the skills mechanics.

The idea is to show a high performance during PP, thanks to the Atk/Spd Oath 3 (C-slot), which replaces the usual A-slot Swift Sparrow 2 (given condition) and works even when foe initiates, which doesn't apply to the mentioned SS2.

On the other hand, using Distant Counter + Vantage 3 on slots A/B gives Hana a decent sustain during EP, which would work most of the times, except when she's OHKO, what IMHO is an uncommon scenario.

To conclude, the combination of Slaying Edge+ (+Spd) with a suggested +spd boon and Flashing Blade 3 (Sacred Seal) makes her trigger Aether every one/two fights, because Hana is probably going to double 90% of the foes, reducing the Special CD really quick, and providing her with an exceptional overall damage thanks to the def/res reduction of Aether, together with a more than decent sustain, thanks to the 50% heal given by the same special.

PS: This build is an alternative to the very good ones I've seen involving Wrath/Desperation Skills, which are basically focused on losing HP in order to reach the required threshold to trigger them. They are probably more powerful than this one, so if you're used to work on thresholds... go for it!

Hana best girl. An expensive yet extremely effective build. +Atk/+Spd are both fantastic options, but seeing as she's an armorslayer I always recommend +Atk for armor killers.

Hana's Katana is obviously the best choice here. Since she got a PRF weapon she's been even more amazing. Swift Sparrow refine just helps her do what she does best, obliterate armors.

Aether is a great choice since she will most likely be fighting heavy hitters all day, will help keep her topped up to continue killing them. Glimmer also works great here with her great Atk.

Null Follow-Up is just a fantastic choice here as it allows her to make full use of her high Spd and avoid the Wary Fighter armors. Even though she's Red and Surtr/Myrrh are green, they can still tank 1 hit so being able to double them no matter what is always useful.

Def Smoke is a nice cheap skill and allows her to hit EVEN harder on following combats if she can get a dance.

Heavy Blade or Flashing Blade here to get those Aethers faster or to have a 1 turn Glimmer.

Player fase centered Hana, sturdy blow to tank counter attacks from armor units, slots B and C are kinda flexible (if you have sturdy impact, put on her, and use a +res) 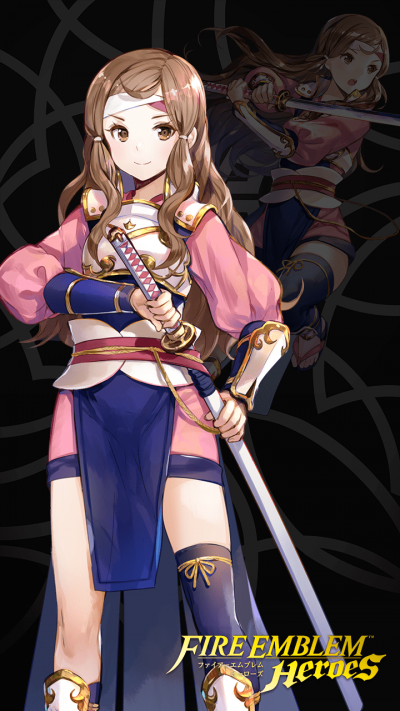