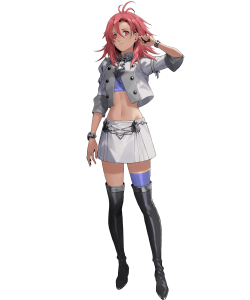 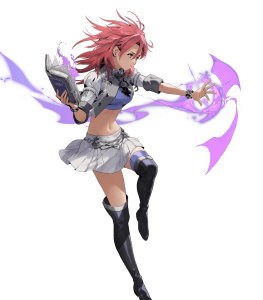 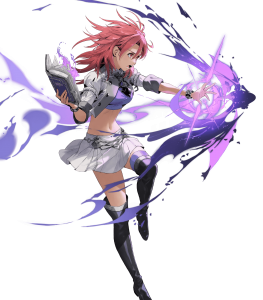 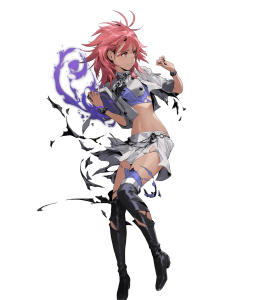 It’s Not The Sighs, It’s How You Use It (Player Phase Offense)

Demonic Tome is a great weapon, combining the Slaying effect (-1 Special cooldown), Effective damage against Dragons and Beasts, a Time’s Pulse effect, and an extra 6 Atk and Res when Hapi’s HP is at least 25%. With it, she can charge a 2 cooldown Special at the start of each of her turns, or charge a 3 cooldown Special on turn 1 if using the Quickened Pulse seal, and do high damage with a Special like Ruptured Sky or Iceberg, especially against Dragon and Beast units.

Hapi’s status as a tome-wielding cavalry unit means she can move up to 3 tiles under normal circumstances and attack units 2 tiles away, allowing her to be quite mobile and threaten a wide area of the map. It also gives her access to some good skills like A/R Far Trace and Lull Atk/Res.

Hapi’s base Atk is amazing at 42 and her Res is also fantastic at 39. This allows her to do high damage to many units and resist magical attacks well, as well as boosting the damage of Res-scaling Specials like Iceberg.

Hapi’s base 26 Spd is nothing to write home about, and she has no good way of gaining a guaranteed follow-up attack. Not only can she not double many units, but units with Spd-based damage reduction from skills like Close Call will often reduce the damage of her attacks by the full 40%.

Hapi’s base 40 HP is average, and her base 16 Def is awful, meaning that many units can KO her with a single physical attack, sometimes even at triangle disadvantage.

While Hapi is great at dealing high damage with Specials and KOing beasts and dragons, there are other great blue tome cavalry that have strengths she does not, such as Selena with Tome of Storms and Reinhardt with Dire Thunder.