Community Posts with Keyword Helbindi All 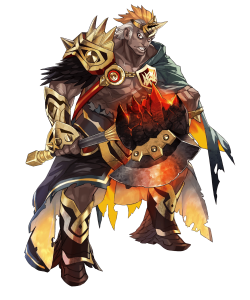 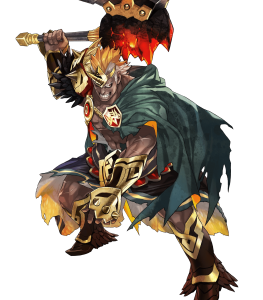 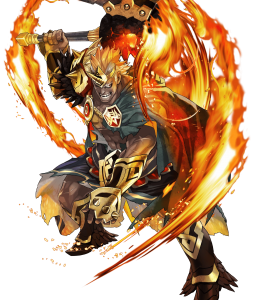 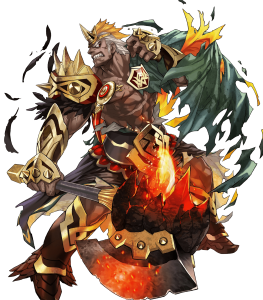 This set capitalizes on Helbindi’s great mixed bulk and makes him into a solid wall against both physical and magical foes alike.

Helbindi will ideally want a asset in either his Attack, Defense, or Resistance. All work great for different reasons with Attack helping him deal damage, Defense bolstering his physical bulk, and Resistance increasing his magical bulk. A Speed flaw is recommended in all scenarios. Býleistr is a great weapon that boosts his combat capabilities every other turn, as well as boost adjacent allies at the same time. Assist is up to player preference, with Reposition being an always nice general choice. Bonfire works fantastically as a Special thanks to his high Defense. Sol also works to help Helbindi to keep himself healthy.

Distant Counter is his optimal A slot, allowing him to retaliate on ranged foes. Thanks to his solid bulk, he can make great use of this skill, particularly to fight popular blue mages such as Reinhardt and Ishtar. Quick Riposte allows Helbindi to secure follow-up attacks on Enemy Phase, making it invaluable as a B slot. His default Guard is another strong choice, preventing opponents from charging their Special or offsetting the bonus charge from skills like Bold Fighter. The C slot is open to many different choices. His default Infantry Pulse is a great choice should he be alongside other infantry. Thanks to his high Resistance, Helbindi can also effectively run Ploys, such as Atk Ploy. One should choose what C slot suits their team best as there is no best option here. Finally, for his Sacred Seal, Distant Def helps Helbindi even further when attacked from a distance. Quick Riposte is also a strong choice if one is using Guard in the B slot.

Either an Attack or Defense asset will help Helbindi greatly, either by boosting his damage output or his physical bulk. Speed remains the best option for a flaw. Býleistr is a solid weapon, boosting Helbindi’s overall combat capabilities every odd turn as well as providing the same boost to any adjacent allies when it activates. Reposition is a safe general choice of Assist skill, but this slot is up to player preference. What Special to take mainly depends on what A slot skill Helbindi has. If he has Steady Breath, either Aether or Ignis work great, as their high cooldown is offset by Steady Breath. If a different A slot skill is being used, both Bonfire and Sol make for strong options.

Speaking of, Steady Breath is a fantastic A slot for Helbindi. This grants him a boost to Defense on enemy phase and helps him to charge his Special even faster, allowing him to consistently activate high cooldown Specials such as Aether and Ignis. Close Def is another strong choice, granting both a Defense and Resistance boost when attacked up close. Steady Stance is also a solid choice that boosts Helbindi’s Defense whenever attacked. For a cheaper alternative, Fury also works well. For his B slot, Guard allows him to prevent the enemy from charging their Specials or offset the cooldown effects of skills such as Bold Fighter. This goes great with Quick Riposte as the Sacred Seal, allowing him to enjoy the effects of both Guard and Quick Riposte. Quick Riposte also works fine in the B slot in conjunction with a Sacred Seal such as Close Def.

Finally, his C slot is open to player preference. In an infantry team, his default Infantry Pulse works great. He can also utilize Ploy skills thanks to his high Resistance. There is no best option for the C slot, so take whatever will benefit Helbindi’s team the most.

Helbindi has been a popular character even since his Heroes debut and many people have been understandably waiting for him and other original Heroes characters to become playable. That day is finally upon us, as Helbindi is now able to join our army as a axe infantry unit.

Statistically speaking, there is a lot to like about Helbindi. His bulk is amazing, possessing both solid Defense and Resistance, as well as a plentiful HP stat. Helbindi is able to fend off both physical and magical foes alike, making him a fantastic tank. On top of this, he also possesses great Attack for superb dueling potential. This is all topped off with a great personal weapon which completes the Helbindi package. His only real weak point is his Speed, which is downright terrible and this does hinder his bulk somewhat, but not enough to make him that much weaker overall.

All in all, Helbindi is a solid axe infantry fighter, perfect for anyone looking for a more defensive green fighter. While he doesn’t reach the level of the plentiful axe armors available, he is more than capable at both fighting and even serving as a support unit. Give him the right skills and Helbindi will easily sweep aside the filth that lies in his way.

With 44 HP, 35 Defense, and 31 Resistance, Helbindi possesses both amazing physical bulk and solid magical bulk, making him fantastic all around for a defensive playstyle. He is able to resist both physical and magical attacks easily, though his low Speed does cause him to struggle against some of the more hard hitting opponents who can double him.

Helbindi is no slouch on the offensive side either, sporting an impressive base 35 Attack. With Býleistr, Helbindi reaches 51 Attack without any other skills or buffs. This allows Helbindi to deal great damage to any opponent who attacks him, especially when Býleistr’s buffs are active.

Býleistr is Helbindi’s personal weapon. This axe functions identically to the Wave skills, as in it buffs Helbindi and adjacent teammates every other turn. The special thing about Býleistr is that it buffs all stats at once, so Helbindi will effectively grant himself a large boost in combat potential at the start of every odd numbered turn. This even allows him to function well as a support unit, as Býleistr’s buffs can be given to his teammates so long as they start the turn next to him.

The one weak point in Helbindi’s overall package is his Speed stat, which is downright terrible. At 18 base Speed, Helbindi will be double attacked by all but the absolute slowest of characters. This greatly limits his offensive capabilities on Player Phase while also hindering his overall bulk considerably by being basically unable to block enemy follow-up attacks.

Seal: Brazen Atk/Def
Nature: Neutral
Merge: +2
Dragonflower: +0
--
Somewhat straightforward build that makes Helbindi's odd turns monstrous. Bonus Doubler makes it so he gets effectively +8 to all his stats while Even Def Wave makes his off-rhythm turns a little more sustainable.
Wrath combos well with Brazen and allows him to proc Bonfire a little more often. I've tried Ignis but felt like the rhythm isn't as agreeable.

Even Spd Wave could work better for survivability as it would place him at 30 spd before support. It's a little awkward and not really recommended unless you can guarantee strong support. Renewal in B and/or S could pair well as it strengthens his downtime with Spd Wave to pay off when he's ready to go back into the fray next turn.

Helbindi is one of my favorite units in the game and this build is to maximize tanking if you're a noble soul like myself and refuse to use Surtr.
Byleistr, acting like an Odd Stat Wave, combos with Even Res and Def Waves to provide constant buffs for Helbindi and his teammates.
Reposition is just a good skill for Infantry but can be replaced for Swap.
Bonfire can be replaced with Ignis or any healing special but is there to add damage seeing how he's going to be getting doubled and, with Distant Counter, will be hitting everything back at least decently hard.
Finally Renewal is there to add longevity and make him completely self-sustainable and if you're running Sol, Noontime or Aether he will be almost unkillable.

An enemy phased mixed tank, helbindi will take hits while simultaneously healing himself in the same turn. Granted his attack is higher than his opponent, he will be activate noontime twice per engagement and add damage thanks to heavy blade and wo gun. While his defenses aren't boosted other than defense wave, healing on each counter attack should make up for it towards his survivability

Pulled Helbindi on his original banner intending to fodder him of for his duel skill to my raven merge project, then saw his IVs and couldnt bring myself to do it. He just sat around for a bit while I grappled with what to do with him until the Halloween TTs came around, and this build came to my mind. At first glance changing out his weapons didnt seem smart at all as his personal weapon is great (and he has guard in his base kit...) but the no hp requirement won me over. With the hackolaturn providing no hp limited guard, he essentially prevents ever getting hit by an opponents special barring any pre-charging, while warding breath accelerates his own special cooldown. QR for the EP double obviously. Due to his atrocious speed, he will virtually always get doubled, but due to his fantastic native bulk and the guard effect, he will survive most encounters. Running aether allow him to heal, potentially back into QR range. Can also run Ignis for some extra burst in exchange for the healing. With the CC seal, he reaches 45/41 def/res before any buffs, with 49 HP due to the weapon refine, for a total of 94/90 mixed bulk. C skill is flexible, his base infantry pulse is a great option and gets further synergy with the weapon refine. For mixed teams I currently have drive spd as a budget.